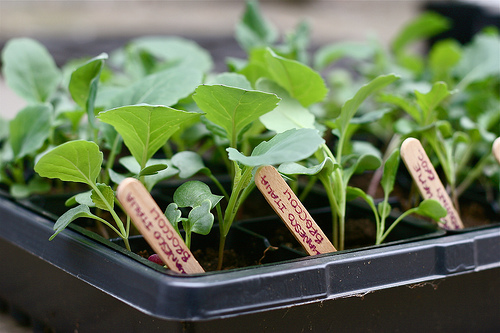 Jon was inspired by a blog post that told him to quit his job and start a business. He dutifully did so, firing off a farewell message to his boss and former colleagues. Having heard about becoming “location independent,” he bought a backpack and went off to the world. What was it about that business thing? How would he actually make a living? He would figure it out along the way, he assured himself.

Marie paid a lot of money for online materials that she never read. Whenever something shiny and new came out, she bought it, looking for the magic elixir that would show her how to earn money while she slept. But every morning, she woke up and her bank balance was the same. Maybe she just didn’t have the right materials yet? She kept shopping around.

Matthew was desperate to break free from his day job, but skeptical of reports that an entire generation of people was beginning to embrace creative self-employment. “It’s all a fraud,” he decided without much investigation, and returned to earning a low salary for work that didn’t inspire him. He channelled his frustrations into a new task: to join the ranks of the most active internet trolls, leaving negative comments on blogs and hassling those who had been successful. Unfortunately there was a lot of competition in this field.

April kept thinking about different ideas, asking people for their opinions. Because her friends were all employed at traditional jobs, they weren’t qualified to evaluate her business ideas—but they didn’t want to hurt her feelings, so they all said, “Yes! That sounds great!” She kept thinking and thinking, starting new projects but abandoning them before making them public.

Rae joined Twitter and wasn’t sure whom to follow or what to do. She discovered that for a small amount of money, she could purchase the accounts of 10,000 fake followers. She then signed up for a service that would send a message to each new person who followed her, asking them to click her links or “like” her page on another service. This brought her no money and no real community, but Rae was proud. (Later she became a Social Media Consultant.)

Nick focused his efforts on how he could borrow as much money as possible to “start well in a proven business.” In addition to a small business loan, he took advantage of credit card cash advances to purchase the initial investment in a franchise. Only after he was in too far did he realize he had effectively used his life savings to purchase a job for himself.

Josie was a planner. She planned her way into many a late night after work, thinking through contingencies and hypotheticals. Her business plan stretched to 70 pages, with lots of carefully-plotted charts and graphs. Problem was, the planning didn’t translate into action. False start led to no start. She continued to pour over the idea while spending the best years of her life making someone else rich.

Brenda followed a well-worn path: she saw what other successful people were doing… and then proceeded to copy it. The concept, the product, the website design, and even the exact messaging—all were up for grabs, as she attempted to replicate someone else’s success under her own name. Alas, Brenda underestimated how much work went into someone else’s success. She finally gave up and moved on, looking for a new person or company to copy.

Akira embraced the challenge and the effort. She loved the work. As she gained customers, she loved the customers. She wasn’t afraid to purchase resources, but she made sure to absorb the lessons before buying anything else.

Over and over, she asked herself these questions:

“What can I offer the world?”

“What do people need that I can provide?”

Akira learned about pricing, business development, and marketing. She planned but she took action quickly. She reinvested in her business, creating an entity that was created by her hand but could eventually exist on its own.

At night she went to bed tired from the day, but energized with the possibilities of tomorrow.

It wasn’t perfect, but it was beautiful.