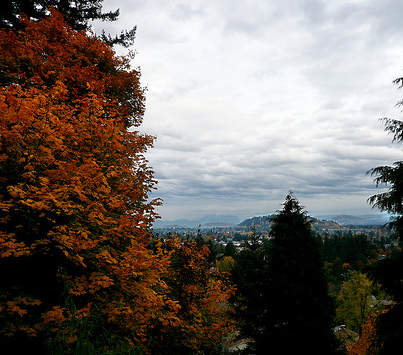 I. Home again and gone again

It’s been nice to be home for another two week stretch. I ran Mount Tabor (pictured) several times, I did some overdue work on planning the year, and I began outlining a book.

And now I’m excited about going back on tour. Next week I hit the road for a new model of book events. This time, every city we’re visiting is reader nominated and hosted. Tickets are free (or in one case, $5) and fun is guaranteed. Sometimes there are even cupcakes.

Speaking of touring, next month I’ll be visiting Korea in support of the local version of The $100 Startup, which is selling well there. Naturally I’m practicing my Gangman Style moves before the trip.

II. Looking ahead to July

I’m also excited about WDS 2013. Now that we have thousands of people coming to town (yes, thousands—we can’t believe it either), we’re building a real team and getting somewhat professionalized.

Yesterday we sold 400 of the final ticket batch in 4 minutes. After that, we broke Paypal and things were screwed up for the rest of the day. Good work, everyone. Due to all the tech issues with canceled payments, there are still some tickets available as of now. After this round is gone, there will be no more.

III. Your energy is limited, so manage it well

I liked this post on how to “manage your energy pie” –>

In 1988, Steve Spence, then a 25-year-old self-coached distance runner, was admitted into the United States Long Distance Runner Olympic Development Program. It meant visiting David Martin, a physiologist at Georgia State University, several times a year for a battery of tests to measure Mr. Spence’s progress and to assess his diet.

“There are always going to be runners who are faster than you,” he said. “There will always be runners more talented than you and runners who seem to be training harder than you. The key to beating them is to train harder and to learn how to most efficiently manage your energy pie.”

Energy pie? All the things that take time and energy — a job, hobbies, family, friends, and of course athletic training. “There is only so much room in the pie,” said Mr. Spence.

Dr. Martin’s advice was “a lecture on limiting distractions,” he added. “If I wanted to get to the next level, to be competitive on the world scene, I had to make running a priority.” So he quit graduate school and made running his profession. “I realized this is what I am doing for my job.”

It paid off. He came in third in the 1991 marathon world championships in Tokyo. He made the 1992 Olympic marathon team, coming in 12th in the race. Now he is head cross-country coach and assistant track coach at Shippensburg University in Pennsylvania. And he tells his teams to manage their energy pies.

It’s not that complicated. If you want to write a book, write a book! Write 1,000 words a day, every day, and sooner or later you’ll have a manuscript. Sure, you may have a bad book, but that’s better than what most people write.

I never thought I’d refer positively to Bill O’Reilly, but I enjoyed this profile on how he writes his bestselling books.

See also: a painter paints, a musician practices, etc. Whatever it is you say you do, make sure you actually do it.

Small Things Can Keep Us from Big Things

The Historian Who Couldn’t Escape from Alcatraz