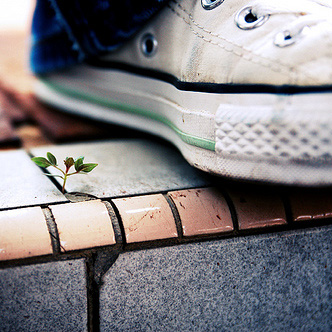 If you also struggle with doing small things well but neglecting the bigger picture, it’s time to take action. The only way to break the pattern is to force ourselves to look ahead and answer the question:

What, exactly, am I trying to build here?

I sometimes hear from people who say they don’t like planning and prefer to take life as it comes. There’s nothing wrong with that approach, I guess. But it’s definitely not for me. I want to do bigger things, so for that I have to plan.

The visit-every-country quest is in full drive. After my time in Australia, I went to Kiribati, also known as #189. Only four countries left! The end is in sight!

Three of the four are fairly difficult to get to (Guinea Bissau, Sao Tome, and Tuvalu) and the final one (Norway) will be a big deal with a few of our friends coming along for a party next April.

I’ll also be touring India for ten days at the end of November and beginning of December. It’s an intense schedule, but no more so than I’ve done before—and the point is, the travel quest component of my adventures is nearly complete.

The two other big projects I have looming on the horizon are a 12-month business course and my next book.

I first wrote about the 12-month course a couple of months ago—way too early, as it turns out. I’m continuing to develop the curriculum and work with a talented team on a creative interface, but getting it exactly right has required more time than I anticipated.

The purpose of this project is to help people implement the lessons of The $100 Startup in a way that creates a substantial increase in income and sustainability. It will be good… when it’s done.

I mentioned last week that I’m preparing to write the next book, which by nature is a long, involved process with lots of research, drafting, editing, and revising. We’ve had hundreds of case study submissions so far, and many are interesting. Please keep them coming, especially if there are other people’s quests you can submit.

The book research and writing will be my main creative project for the first half of 2013, and I’ve blocked out a lot of time to be sure I can do it well. It will greatly help if I have a strong framework in mind before then, so I’ve begun making various notes and the beginnings of an outline in Scrivener. (Also see: How to Write a Book in 30 Days).

The biz project was supposed to launch two weeks ago, but … that didn’t happen. Then it was supposed to launch two weeks from now, but that won’t happen either. It’s now looking like an early January launch, which makes sense in terms of the year-long component to it, but I’m hoping to do some beta testing with a smaller group before the holidays.

All That To Say

To achieve something of significance, you have to give up things of inconsequence. This is hardly an astute observation, yet the real truth of it lies in its implementation.

On the way home last week, I made a list of things I’ll be letting go of so I can focus on the things that matter. I’ll still be doing travel hacking (watch for a big update on the Frequent Flyer Challenge soon), a few speaking engagements, and running, but I’ve clamped down on many other tasks and commitments.

Small things can lead to bigger things. But you have to do the right small things.

I hope you’re doing that. Are you?

*Chris Brogan and Julien Smith are good friends. I’ve pre-ordered several copies of their new book, which debuts today. Check it out if you’d like to learn how to make things happen.