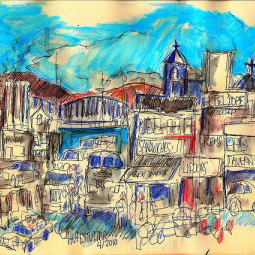 Welcome to Part III of The Agenda. Here is Part I (Ask Why) and here is Part II (The Individual as Hero).

I was depressed like everyone else after 9/11. Having just been in NYC the week before made it especially poignant—I remembered walking around a lower Manhattan that would never be the same after that Tuesday.

I spent that fall thinking about the big questions of life—what am I really here for? Since it’s obvious there is evil in the world, where can I find the good?

At that time I was involved in a church, I gave 10% of my money away as I do now, and I tried to help out people on an individual basis as much as I could. But it just seemed so limited, and I just kept thinking, “Is this it? The world has been turned upside down, the president says we should go shopping, and the church says we should pray. Isn’t there something else we can do?”

Around that time I began looking for a chance to volunteer overseas. Jolie and I had always said that we would do “something,” but we kept putting it off like everyone else does. This time was different, though—I read about a medical charity that needed volunteers to run a hospital ship in Sierra Leone. I was immediately drawn to the idea, and within six months we were living there (more background here). An initial two-year commitment turned into four years, and by the time it was over, I was a very different person.

Failing to properly explore our role in the world around us is a critical omission in much of the conversation about non-conformity and unconventional work. Life planning and entrepreneurial literature (blogs, books, talks) often give the whole concept short attention. “After you get everything you could possibly want,” we sometimes hear, “you should also do something about some kind of cause, because it’s the right thing to do.”

This is the afterthought approach, and a much better approach is to fully integrate the need for contribution with our own dreams and goals. This illustrates today’s core principle: our lives are connected with others, and the more we explore these connections, the better off we ourselves will be.

Instead of thinking about contribution as an afterthought, therefore, consider making these strategies an essential part of your world domination plan:

Drop keys instead of building cages. As explained here, building cages is all about making people feel small, whereas dropping keys is all about helping people find possibility in their lives. It is a deceptively easy paradigm, because most of us exhibit a mixture of cage-building and key-dropping behavior. The goal is to always drop keys, always empower, always choose to build instead of destroy.

Expand the pie. Just as cage-building is a socially acceptable (while wrong) behavior, choosing to view the world in zero-sum terms unnecessarily limits our own growth. It’s much better to create win-win situations where no one has to lose for you to win, and vice versa. Don’t worry about who else is taking the pie. Make a bigger pie! (Read more here.)

For most of my adult life I’ve given at least 10% of my income to organizations working toward reducing poverty in the developing world, especially Africa. (As mentioned in the book, my goal is to give 20%—but I’m not quite there yet.) This investment is like the years I actually spent in Africa—much more of a benefit than a sacrifice. I feel better when I am supporting groups and people who are making the world a better place. I wish I had the courage to give more, so I’m working on it.

If you’re looking for a project to be a part of, you’re invited to partner with me in our Ethiopia Water Project co-managed by my friends at Charity: Water. Details here. I’ll be taking a trip to the project site in late 2011, and will document it for everyone else who’s involved around the world.

Key-dropping, expanding the pie, and investing in people are all expressions of the wider context—how our lives are interconnected, and how we have a core need to contribute instead of just consume. This is why in the original Brief Guide to World Domination, I said that the second most important question in the universe is:

“What can you offer the world that no one else can?”

If you’re not sure of your answer, just start living your life according to the principles above. If you wake up on any given day and don’t know what to do, ask yourself, “How can I make someone else’s life better? What could I do to help?”

Then go and do that. You can figure other things out as you go along.

This has been Part III of the Agenda series. Today I’m in the beautiful city of Minneapolis, where we had a great meetup complete with a jazz band (!) at last night’s Unconventional Book Tour stop. I’ll look forward to seeing the rest of you again soon!

The Agenda, Part I: Ask Why

Your Backup Plan Is Your Plan 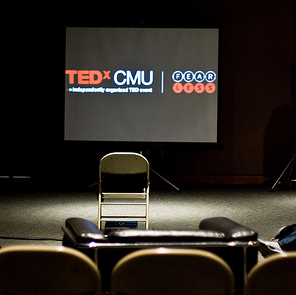 The Agenda, Part II: The Individual As Hero
© 2023 The Art of Non-Conformity | Site by Bytegrow Technologies