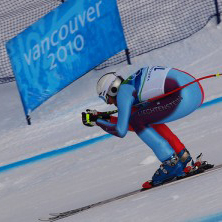 Welcome to Part II of The Agenda. Part I is here.

I don’t follow professional or amateur sports, but every two years, I love watching the Olympics. I enjoy the stories, the years of training without reward, all in pursuit of a big dream.

To give it all in pursuit of such a dream—I think this is a good thing. If people are dreaming and striving hard to achieve their dream, brushing off the criticism they receive and overcoming the obstacles they encounter, the quest becomes life-affirming to themselves and inspiring to the spectators around them.

Here’s the idea: it’s OK to invest in yourself, to have fun experiences for yourself, and pursue the big dream. You don’t need permission to turn your dreams into goals. Give yourself permission! (I gave a talk about this subject at TedX CMU). That’s why some of the most effective “big dream advice” is very simple: yes, you can really do that. What’s the worst that can happen if it doesn’t work out?

A few years ago I read most of Ayn Rand’s work, especially the novels Atlas Shrugged and The Fountainhead. While I don’t identify with all of her values, I think she made a very good case for the individual as hero, and the belief in oneself as an end result instead of a means to something else. (In modern times, Ayn Rand’s novels have become like the Bible, the Koran, or any other controversial work: loved by many, hated by many, and actually read by a few.)

The Big Dream, Quests, and Motivations

You also don’t have to apologize for pursuing a big dream, because a distinguishing feature of such things is that not everyone relates to them. “But why do that? Why visit every country in the world—is it just to check off a list?” For me it’s not about a list—I’ve been traveling for 10 years and go back to plenty of places I’ve been before—but if it was about a list, what’s wrong with that? Set your own goals and define your own success. It’s your life, right?

A while back I was walking around Manhattan at night and went to sit in Washington Square Park. While I was there, I saw a street musician … with a piano. A real piano, not a keyboard or digital piano. Later I found out it was Colin Huggins, who hauls pianos all over the city (even the subway!) to play for passersby.

I thought that was pretty amazing. I can see why other people would shrug their shoulders and say, “Who cares? What’s the point?” But there is a good response to this question: a lot of people do care, and even if they didn’t, I get the sense that Colin would carry the piano around New York anyway.

When I first started doing interviews for this project long ago, I had a hard time answering the question about motivations. Why wouldn’t I go to every country in the world? was the first thing I thought of. If I have the opportunity and the desire to undertake such a challenge, I almost think it would be irresponsible not to.

Then I read a bunch of other books and realized that almost everyone who pursues a quest has a hard time explaining their reasons. Dean Karnazes, another hero of mine, struggled with the question through his whole first book. (He finally gave up trying to explain and started telling stories, which was better.) No need to explain, Dean. I get it. The compulsion to pursue a dream is accompanied by its own sustaining power.

If you have a dream, make it yours and take action to turn it into reality. I think the world would be a better place if more people did this. That’s why it’s OK to have a dream and pursue it with your whole heart.

Go big! Do something monumental! Be your own superhero!

In the next post, we’re going to look at how our lives are connected and why we ultimately need to find a way to contribute instead of just consuming. But I also think it’s OK, and even fundamentally good, to have big dreams and pursue them with everything you have.

Part III of the Agenda will arrive next Monday. Here’s wishing you well from Ann Arbor, Michigan. I’m at the flagship Borders store tonight, then on to Chicago for a big event with Alexandra Levit tomorrow night. Over the weekend I’ll be in Madison and Minneapolis. Details are here.

Don’t Make a Bucket List; Make a List of 100 Dreams
© 2022 The Art of Non-Conformity | Site by Bytegrow Technologies