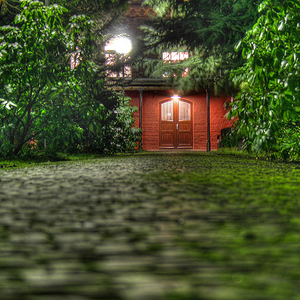 Something’s been bothering me lately, and judging from what I know about the people who read these articles each week, I bet it’s bothered some of you before too.

It’s that phrase—“Welcome to the Real World.”

Have you ever heard that? It’s usually intended as a sarcastic remark about what someone else has said or is doing.

That’s just not how it works.

You’ll understand better one day when you’re (older, wiser, have a mortgage, whatever)

That sounds nice, but it’s unrealistic.

Let me share something very important with you: these are the things that people say when they want to marginalize you.

Other negative adjectives are idealistic, naïve, and well-meaning. If you hear those words, get ready – someone is very close to telling you about their interpretation of the ‘real world.’

To be more precise, here’s what the real world looks like from the perspective of those who would like to welcome you to this world:

Please note: the real world is not reality. It is not defined by facts. It is determined by the collective perception of unremarkably average people. They are the people in the Matrix who have taken the blue pill.

Naturally, I have a different perspective from those who talk about the real world. The perspective is: THIS IS ABSURD.

Here’s how I see it instead:

I’m well aware what people in the ‘real world’ say about these ideas. They say pretty much the same thing that has always been said throughout history about unrealistic ideas. You know, those notions about how women should have the same rights as men, human beings should not be bought and sold, lay people should have access to religious texts, criminals should be rehabilitated instead of simply put to death, and so on.

All of those crazy, unrealistic ideas that could never work in the Real World.

When presented with the “Welcome to the Real World, that’s not how it works here” pitch, you have to choose whether to ignore it or fight back.

Be careful when you choose to fight back, because people who hold these beliefs are like caged animals. In the long run you are smarter, stronger, and have more stamina than them, but in the short run, you might get bitten if you put your hand in the cage. When animals or small-minded people feel threatened, they tend to lash out at whoever is nearby.

If you do fight back (carefully), the response that comes to mind is something like this:

“Maybe that’s not how it works for you in your world. However, not all of us are sleepwalkers. Some of us are alive.

Some of us have not given up on the unrealistic.

Some of us have taken the red pill.

Some of us don’t want the things in the real world.”

The alternative to the real world is to join the living world. Joseph Campbell understood this alternative years ago when he wrote about the meaning of life:

People say that what we’re seeking is a meaning for life. I don’t think that’s what we’re really seeking. What we seek is an experience of being alive.

The living world gives us yet another reason to be happy about the world falling apart around us. In the context of losing wealth and job security, more people are choosing to seek the experience of being alive. Some (certainly not all) are realizing that the real world has failed them, and that they need to find another way to make it now that the curtain has been lifted.

Yes, I know it sucks to realize that everything you’ve been told is a lie, but consider the alternative – would you rather spend your whole life believing the lie? Don’t get me wrong, I know there are plenty of people who would choose the lie. They are the ones who say your ideas are unrealistic and you aren’t living in the real world.

But the good news is that the people in the ‘real world’ are losing their ranks, and some of them are ready to wake up. If you’ve already done so, you’re ahead of the game.

You can help people wake up from sleepwalking and welcome them to the living world.

I don’t think that’s an unrealistic idea at all.

The Agenda, Part II: The Individual As Hero
© 2023 The Art of Non-Conformity | Site by Bytegrow Technologies