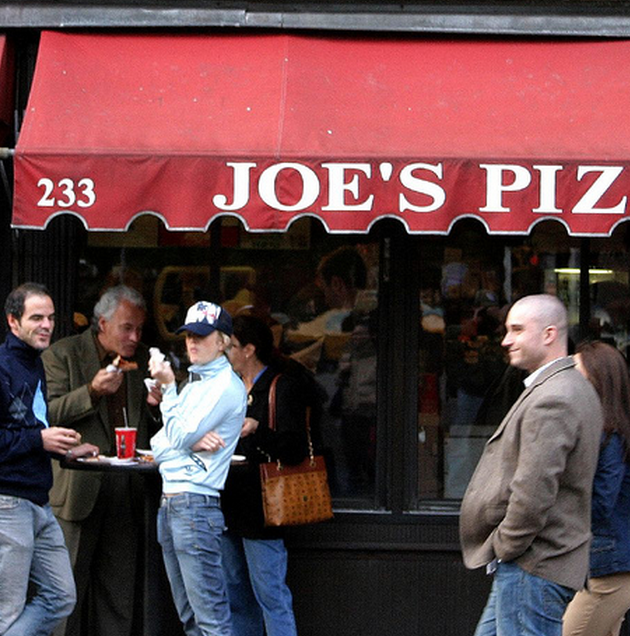 The best and most honest answer is that I wasn’t good at anything else.

For better or worse, I learned that I was a terrible employee. I was unreliable and unskilled.

I’ve written before about my last official job, lugging boxes onto FedEx trucks in the middle of the night.

Stacking boxes was surprisingly hard! It wasn’t just about picking up the box and tossing it in the truck—you had to stack it in a certain way that led to maximum efficiency (and presumably out of some concern for the contents, though that never seemed to be much of a priority).

I lacked the spatial reasoning to do this task well. I was decent enough at Tetris, but when it came to real boxes, I sucked. I kept waiting for that big horizontal bar to come down the chute, so I could clear off four lines of bricks or boxes all at once, but it never arrived. Instead, the supervisor kept messing with me, adding boxes with incorrect zip codes to the queue while laughing at my poorly-stacked pallets.

Whatever. I quit and never went back.

Before that job, I worked at a pizza place, where I was a fairly decent delivery driver. Sure, I might have gotten lost from time to time, but this was in the prehistoric age, before you could look at your phone to see where to go—who could blame me? And even better, no one knew when I got lost. Whenever I figured it out and found my sense of direction, I just showed up back at the pizza place and took the next delivery. Shaving fifteen minutes off the clock was no problem.

But then one time I had to stay inside while other people drove, and the boss showed me how to use the cash register. I should clarify: He showed me once, and then he showed me again.

And I still couldn’t get it right.

Every single time I tried to operate the cash register, I became really confused. Which buttons should I press? How did I make change? I began to get anxious whenever a customer walked in to pick up a takeout order. Would I have to take his money, and possibly return some to him from the cash drawer?

More than once I screwed it up, and I felt deeply embarrassed each time.

My boss finally gave up and put me to work folding pizza boxes. One time another employee who was working the register asked me to take over, and the boss intercepted the handoff. “Don’t do that,” he told the other employee, looking at me and then back to the employee. I got the message: I was the box-folder. My skills weren’t up to par with being able to make change for a twenty.

I think of this story from time to time. I’ve managed to find a certain degree of success. But I’m still not good at some pretty basic life skills—the difference is, now I just don’t care.

Sooner or later, some of us figure out that we’re essentially unemployable.

If you never learned how to operate the cash register, or if there’s something else that you supposedly should have learned, you can still “make it” in life. You aren’t condemned to a minimum wage job.

There’s probably something that you’re much better at, and you should do whatever it takes to find that thing. In fact, you should fight for it. Don’t give in until you get it.

If you’re stuck in a miserable job, you should walk away from it and do everything you can to build something for yourself. It might not work right away, and you’ll probably have some missteps until you get it right. But it will absolutely, totally, and completely be worth it.

To Succeed in the New, New Economy, Don’t Mail It In