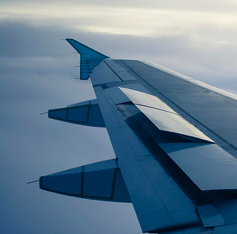 First, a brief warning: this trip report, and the forthcoming ones about this trip and others, may be more detailed than some readers prefer. My regular essays on Life, Work, and Travel will continue to be posted on the usual schedule, so you can choose to read what you enjoy and skip what you don’t.

I left Seattle on March 13th, and I’ll be back in early April. This trip focuses on India, but I’ll also be in Bangladesh and Hong Kong. I had a 6:00 a.m. flight to L.A. from Sea-Tac, and I’ll pick up the story on my Singapore Airlines flight to Tokyo after a few hours of transit time in LAX airport.

Miss Ling is visiting each passenger in the upper deck of the 747 and confirming their lunch order. She stops in front of 14H, where I’m reading the L.A. Times, and looks down at the passenger manifest for at least twenty seconds.

“Mr. Guillebeau?” she finally asks, terribly mispronouncing my name in the way most speakers of Asian languages tend to do.

“Yes, that’s perfect!” I say, and whatever qualms I have about lying to Miss Ling disappear when a look of relief comes over her face. The guy next to me is Mr. Hall, so there are no problems with him. He’s friendly enough and we chat for a while.

I watch a Mumbai travel documentary and half of a French movie (Dialogue avec mon jardinière) while having drinks and finishing the paper. I’m also reading Umberto Eco’s Baldacci off and on during this flight.

The rest of the flight passes rather uneventfully. I watch a documentary about Bolivia, a country I haven’t been to yet, and try all three of the specialty coffees that Singapore Airlines provides in their catering menu over a three-hour period. Funny—they all taste exactly the same. There’s probably a marketing lesson in that. Depending on how you look at it, the lesson is either to provide what you say you’re going to provide (don’t make a pretense about three different kinds of coffee) or to go all out and promise the world because most people won’t know the difference (why not eight kinds of specialty coffee on the menu?).

I have some miso soup and write in my journal about my year and a half at the University of Washington, which just ended the day before I left Seattle on this trip. It hasn’t completely hit me yet.

A Few Short Moments of Gratefulness

By the time we land in Narita (NRT), I’m feeling pretty tired. I have another 11-hour flight in the morning, but at least it’s only 5:40 p.m. local time right now. I have no plans for my transit evening except going to my small hotel in Narita City and falling asleep. With luck and fast immigration time, I hope to be in bed by 8:30 p.m. Then I’ll wake up early due to the 15-hour time difference between Tokyo and Seattle, and have plenty of time for two breakfasts. The first will be courtesy of the Comfort Hotel in Narita, and the second courtesy of ANA Airlines. We’ll see how it goes.

Japan is rainy and covered with fog, which is the only way I’ve ever seen it in my five short visits here. I decide it’s probably like Seattle—whenever visitors come to town, it starts raining. Then the tourists leave and those of us who live there go back to having good weather most of the time. Despite all my travels, I can’t claim any kind of Japanese residency at all, so for me, the rain comes whenever I shuffle in.

The overnight in Narita City turns out to be easy. I only get lost looking for my hotel for about 15 minutes, which is definitely on the low side for me. I check in at 7:30 and fall asleep by 8:15, which is 3:15 a.m. back in Seattle.

I wake up eight hours later and write some emails. By 6:00 a.m. I’m back out to get the train to the airport. I see the Star Alliance family sign again and get my boarding pass. I have a bagel for breakfast (I skipped the first breakfast option) and hang out at the gate. 11 more hours to go.

Once on board, I find out I’ve miscalculated the flight time. This flight is actually 13 hours and 20 minutes. Who knew? Well, I guess ANA Airlines knew, but I had thought it was 11 hours like the other one. Oh well, at least I’m comfortable as possible. At check-in I asked the agent to block the seat next to me, but when I finally get on board I see that it was unnecessary. There are literally only about 25 people on this flight. Instead of just one extra seat, I get a whole row of four seats to myself. It’s an older plane, so there’s no personal video screen, but at least I have an entire row to set up my mobile office.

Two hours underway we stop off in the small airport at Nagasaki. I’ve never been here before. Because it’s a refueling stop (I learn that this is why the flight takes longer than expected), all passengers must deplane with all their belongings. We’ve already cleared immigration out of Japan, so we’re escorted to a small waiting room and not allowed to wander. There is a drink service counter that offers free coffee and small pieces of cake. Japan is so thoughtful, I think as I drink the coffee and pass the time writing these notes.

Forty-five minutes later, we’re called back on board, and I set up my four-seat mobile office again. There’s a new crew, but no new passengers, so it will be a light flight all the way to India.

On the flight I sleep for two hours, finish my book and several newspapers, and mostly chill out. India is 3 ½ hours behind Japan—what’s the deal with the extra half-hour? After a very long time, the sky finally grows dark and we start our descent to Chhatrapati Shivaji International Airport. It took two days to get here, but I’ve made it to Mumbai.