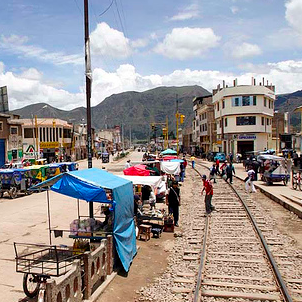 As part of the Annual Review series, I look back at everywhere I went in 2010.

It’s a long list! From my usual 20+ new countries to a book tour to every U.S. state, I spent a lot of time on the road this year. In rough chronological order, here’s everywhere I went in 2010:

Of these countries, exactly 24 were new to me—I tend to go back to places like Hong Kong, Germany, and New Zealand frequently.

Fun things (and misadventures) happen almost everywhere I go, so you’d have to read the whole year’s worth of travel archives for the whole story. I’ll assume you won’t torture yourself that much, so here are a few highlights:

Update on the Quest to Visit Every Country

My total number of countries visited is now 151. I use the U.N. standard, not one of the larger lists that includes various islands and other “non-countries.” By the inflated list standard, my total would probably be around 175.

So far along, but yet so far to go—and the closer I get to the goal, the harder it becomes. This year during the review, I spent some time to think through how I’d get to each of the remaining 41 countries before my deadline of April 7, 2013. It’s going to be tight with several big logistical challenges, but so far, so good.

I don’t usually do a lot of domestic travel, since I spend so much time around the world. This year was an exception with the all-50-state book tour (more on that in a moment). I also went to Austin for SXSW, to Pittsburgh for TedX at Carnegie Mellon University, to Seattle for a travel industry talk, to Southern California for a short vacation, and up to Vancouver, B.C. in Canada because it’s awesome.

On September 7th, I set off on a different kind of adventure. The launch of my first book, The Art of Non-Conformity, happened that day, and I wanted to travel to meet readers wherever they lived. Most Americans don’t get to visit all 50 states in their lifetime, but the tour took me to all of them in a few short months.

The book tour was self-funded and collectively-organized, mostly by AONC readers and a number of great co-hosts. In most stops we kept it very informal, with a 15-minute talk, lots of “Questions and Attempted Answers”, and often discussion over cupcakes and wine afterwards.

A few highlights of the tour:

I’ve only been off the tour for a few days and am still reflecting about all the conversations and experiences. I have a lot of big commitments in early 2011, but I’m hoping to make some space to write an in-depth report on the whole process of publishing a book and going on tour. In short, it’s been an incredible 90 days and I’m extremely glad I did it.

Whether I write the report or not, the book tour will continue to every province in Canada starting January 14th. (I’m bringing a warm coat.) Canadians, I hope to see you on the road—details here.

Feel free to share your own travel list, stories, or misadventure of 2010. And by the way, don’t worry if you haven’t been to 50 states and 24 countries this year… remember, I’ve been doing this a while. This year was especially manic with the book tour, but every year lately has been manic one way or the other.

I’m grateful I can do this and looking forward to another great year of travel in 2011.