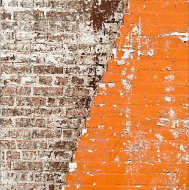 Today is Blog Action Day, where the blogging world (such as it is) unites to write about a single topic. I know, so conventional—but in this case, I don’t mind going with the flow.

The theme this year is Climate Change, so I thought I’d contribute something about travel and its impact on the world.

See, from time to time I get emails from people who think I’m a bad person for flying on airplanes. “You’re destroying the environment,” one of them said.

To each his own, but my response is that this is an overly-simplistic view. Personally I don’t own a car and take only public transit in my home city, but I don’t think that people who own cars are evil. I have been vegetarian for nearly three years, but I don’t have bad feelings towards people who eat chicken.

Instead, this kind of perspective is a false dichotomy: You fly a lot; therefore you must not care about the environment.

Dichotomy is a five-dollar word that means the division into two mutually exclusive, opposed, or contradictory groups. False dichotomies are used to divide people who would not necessarily be divided otherwise.

Politics is another area filled with unnecessary, mutually exclusive divisions. Have you ever heard an argument that begins like this:

“Whether you’re liberal or conservative…”

The problem is that most of us don’t decide everything we believe based on those two labels. What if you are like almost all of us—liberal on some issues and conservative on others? Dividing people into opposing camps based on very little information is a false dichotomy.

For better or worse, air travel is here to stay, just like phones, the internet, and globalization in general. When I fly to Africa I usually travel with doctors and aid workers on the same plane. Are they destroying the environment? One time I flew out of Uganda with 75 Sudanese refugees bound for the U.S. and Germany. Should they have remained in refugee camps instead of flying to a safe country out of concern for their carbon footprint?

These examples may be extreme, but I hope it helps put it in perspective. When it comes to climate change and travel, I’d rather look at the whole picture, namely:

1) What are each of us doing to reduce our own impact on the planet?

I wish we could put issues like climate change in a box and say, “If no one ever got on a plane, the planet would be saved.” Personally, I’m pro-environment and pro-travel. I know that some may see this as trying to have it both ways, but I don’t see why that’s a bad thing. I like having cake and eating it. (What else do you do with cake?)

You don’t always have to choose between two extremes… and you certainly don’t have to let other people make the choices for you.

Perhaps you disagree. That’s OK, and I promise not to believe you are a bad person if you do.

What do you think about travel and climate change, or about avoiding false dichotomies?