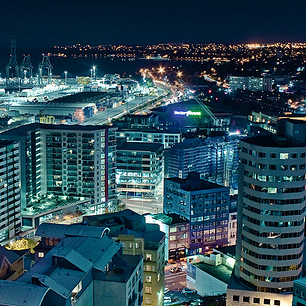 Greetings from Auckland, New Zealand, where I’m in transit to the South Pacific island of Samoa – via Vancouver on one side and Nuku’alofa, Tonga on the other.

(If you’re coming from North America, it takes a while to get settled in this part of the world.)

I’ve been to New Zealand, the Cook Islands, and Hawaii before, but this is effectively my first trip to the inner South Pacific. On the way home next week I hope to visit Fiji as well.

I booked this trip just 10 days ago with U.S. Airways miles. The cost of the ticket was 110,000 miles and $211 in taxes, which included two free stopovers in Auckland. I’ve never actually flown with U.S. Airways, so I didn’t have the miles to begin with — instead, I purchased them through an end-of-year bonus offer for $875. All told, I picked up the Business Class Air New Zealand award for exactly $1096.

Not bad for a ticket that would otherwise have cost $7,000+ if purchased from Air New Zealand itself, or even $1,700 for the Economy ticket I’d more likely pay for. Save at least $600 and avoid sitting in the back of the plane for a 15-hour flight — I like that.

Not counting the Fiji portion, which I’ll be doing as a side trip, the itinerary is as follows:

Note that if you’re coming to New Zealand (or Australia) on a Frequent Flyer award, you can effectively get a free flight to your choice of islands. You can also book it as an open-jaw — where you fly into one city and out of another, like I did here with Tonga (TBU) and Samoa (APW).

This part of the world is expensive to get to when paying for flights, but easy with awards as long as you have some flexibility on travel dates. The trip between Tonga and Samoa is especially interesting because the two countries are relatively close together, but divided by the international dateline. The flight from Tonga leaves at 9pm on a Tuesday, then arrives 90 minutes later at 1030pm… on a Monday.

Then on the flight back to Auckland, it leaves at 3pm Friday before arriving three hours later… on Saturday. You can be sure I carefully checked and rechecked my reservations and onward flights for this trip, because it would be just like me to screw that up.

I wanted to get 2010 off to a good start, so I left on New Year’s Day to head down to the other side of the world. This year my trip planning is getting more complex: I’ve got to make it to 20 new countries, and I’ve got to stay in the U.S. and Canada after September to promote my book. We’re also doubling readership here, ramping up the store, writing a second book for 2011, and so on.

It’s going to be intense, so I don’t want to waste any time. Three days of the only 2010 in history have already vanished! (And then there’s that whole dateline thing, which always confuses me.)

Perhaps your goals are different than mine. But whatever you need to do, better to get a head start now while everyone else is still making resolutions.

Cash out your miles and fly to the South Pacific!

Finally get started on that business idea you’ve always had!

Or whatever… you know what to do.

Auckland at Night by SK