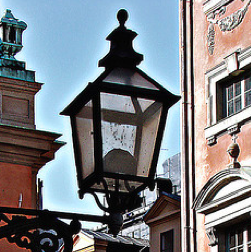 Part of what I go in search of while traveling are moments of personal discovery combined with a sense of wonder at the world. I’m not looking for places no one has ever set foot in before—it’s hard to find many Star Alliance flights to those few places still left in the world—but I am looking for a change in perspective that challenges me and brings me hope and purpose.

I sometimes expect to have this experience upon arrival at a certain place, and I am sometimes completely surprised by it. It’s happened to me in Macedonia, Montenegro, Israel, Hong Kong, and countless other places.Tonight it happened in Malmo, Sweden on a three-hour detour over from Copenhagen. This has got to be the most seamless link between countries I have ever seen. A fifteen-minute train links Denmark with Sweden, and there are no immigration or customs formalities whatsoever. Stepping off the train on one side looks much the same as the other. Even the fonts for the destination and arrival signs are the same. (Talk about coordination!)

But then, when you step outside on the Swedish side, something does change. I looked at the buildings for a long time and thought, this is SWEDEN. Copenhagen is the ultimate international European city. Malmo is the quintessential Scandinavian city, which doesn’t mean it is unwelcoming to foreigners—quite the contrary—but it does assert an identity more distinct than its borderless neighbor 15-minutes away. I had originally looked at lodging options over on this side before deciding on Copenhagen, and now I wish I had pursued it more. Since I had to go back to Denmark, I decided to spend the afternoon sitting on a bench in on of the several town squares, listening to Sufjan Stevens on my iPod and looking at the people.

While I was there, a guy who appeared to be homeless showed up and started rummaging through the trash bins next to some food stalls. This presented an odd contrast. I thought there was no homelessness in Sweden? By the looks of the bags tied to his bicycle nearby, at least this guy was well-stocked.

Bicycles. That’s another thing—throughout the city, there are dozens of bike racks for thousands of bikes. The only thing that’s missing are the locks. That’s right, virtually none of the bikes are locked up, a surprising fact considering that most cities in Europe are friendly to both bike riders and bike thieves. Leave a nice bike without a lock in Amsterdam and it will be gone without an hour. But not here, apparently. I decided that bikes in Sweden must have some type of GPS chip that tracks an unknown rider. Monitors from the closest IKEA store would track it down and politely ask the thief to please return the bike. This is all in my imagination, but I like the idea.

I finish writing these words back on the park bench and head back to the train station. On the ride back, my ticket is never checked, just as it wasn’t on the way over. I step back into Denmark and head over to my $99 hostel, happy to be in transit but wishing I had stayed over in Malmo for my layover night. 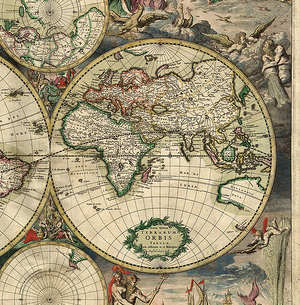 Luck Appears When You Show Up: Notes from UA 250
© 2023 The Art of Non-Conformity | Site by Bytegrow Technologies