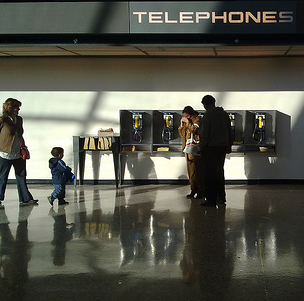 Reentering the world of long-distance travel after a month’s absence, there’s a moment that comes when I realize what it’s all about.

It’s hard to predict the precise arrival of the moment, but I never miss it.

Sometimes the moment arrives in the taxi ride to the airport, but that’s usually too early. There’s still some uncertainty at this point. The baggage in my mind takes up more weight than the bag in the back of the taxi.

Did I forget something? Do I have enough money, the right passport, the MacBook charger I keep leaving behind?

I have to know that all is well before the moment can arrive, and you can never be sure all is well until you’re at your gate and see the ground personnel preparing to begin boarding.

Sometimes the moment arrives in the terminal of my hometown airport, as I settle in at the Starbucks across from C9 and deal with as many urgent emails as I can before giving up the task and enjoying my surroundings.

Often it’s a day or two into a trip, once I’ve left America and passed through one of the many hub cities I visit several times a year: Hong Kong or Singapore, perhaps, or Abu Dhabi if I’m headed another direction.

When the moment arrives I can feel the tension in my shoulders relax. I carry this tension everywhere: there’s so much to worry about! I hope I never stop worrying. Better to worry and build than relax and let things go. There’s not enough time to let things go.

But once the moment arrives, there’s no worrying for a while. There’s only the road ahead, filled with long flights, late-night walks in big cities, and time to think.

Once we’re airborne on United 250, I review the itinerary for the current excursion. I’m not going all the way around the world this time, but it’s a respectable group of segments for a thirteen-day trip:

The itinerary is fairly normal, at least as much as mine tend to be. But I know the life I lead is abnormal, and I try to remain in grateful awareness of this fact as much as possible.

I’d never claim I built this life all by myself. I’ve had advantages and privilege and plenty of second chances.

But I also know that there were plenty of forks in the road where I made the right choice. I took a risk, chose the numbers, and my numbers came up.

You know how people wish you good luck? Next time they do, tell them that luck favors the prepared. Luck appears when you show up.

If you played the lottery over and over for an infinite number of times, sooner or later you’d win big. The problem with winning the lottery is the uncertain investment: odds are, you’d have to buy a lot of tickets to hit the jackpot. It’s a poor strategy for retirement planning.

But in the lives we lead, we can keep taking chances. We can try over and over.

You can raise your hand at any time and say, “Pick me. I’m ready.” Even better, you can step forward and say, “Hey, everyone. I’m doing this thing one way or another. Look out!”

There’s a cost to every choice, of course: the road not taken, the path not pursued. But the far greater risk is to remain paralyzed with indecision. Better to keep buying tickets in the lottery of life. Better to keep moving, selecting a new direction when one choice doesn’t work out as you’d hoped.

I’m East Coast bound today, flying to Washington, D.C. on a Star Alliance award ticket booked through United. This ticket connects to a South African Airways flight, where I’ll then begin a Round-the-World ticket the next day.

Four-and-a-half hours after takeoff, the plane descends to Dulles as I reflect on the choices I’ve made and the luck I’ve stumbled upon. I think about my next flight, fourteen hours to Johannesburg with a refueling stop in Dakar.

Changing hemispheres is always fun. On the way to the airport this morning I braced for the cold air in Portland before heading to even colder air in Washington. Then, without much effort on my part, my next outside step will be directly into the South African summer on the other side.

This is life, friends. Travel ties it together for some of us, but if you’re not on the road I hope you can feel it too.

See you next from the outside world.

Just Another Night in Abu Dhabi 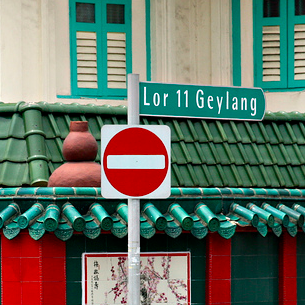