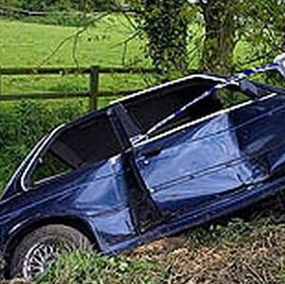 In the Annual Review outline, I wrote about a couple of the objections I hear from people who don’t like goal-setting:

Won’t something else come along and change my plan? and What if I end up hating the plan I’ve made?

The short answer to those questions is that neither possibility is likely to occur, but if it does, that’s OK – you simply adapt the plan to something else due to the changing circumstances. No problem.

Because it was getting long (2,500+ words), I left out one of the other main reasons why some people don’t like to set goals. That reason is fear, and more specifically, the fear of failure.

What if I try and fail?

What if it doesn’t work out?

I’d rather see what happens that be disappointed if I aim for something.

This fear is innate to every creative person I’ve ever known, but most of us tend to think we are the only ones who have it. We carry around the sneaking suspicion that we aren’t actually that good at anything, and if we try to improve ourselves through goal-setting, we’ll be exposed to the world as the frauds we secretly are.

At the most basic level, we face a choice whether to accept or defy the fear of failure. If we accept it, we’ll immediately receive the short-term gain of safety. No pressure, no worries.

Of course, by effectively giving up, we’ll waive our right to the long-term benefit of achieving significant goals. Thus, let’s assume you’re a fighter. You don’t want to give up. You want to defy the fear – but how so?

We have to get over this one way or the other. You can choose your antidote, but not the need to move on. The fear of failure does not go away through the athlete’s treatment of rest, ice, and elevation.

Speaking of athletics, I’ve had a leg injury for four months that has just started getting better, slowly. From August to November, I went to three doctors and one physical therapist without getting better. I was assigned cortisone shots, an MRI analysis, and lots of different exercises that I faithfully completed. For reasons I don’t understand, none of the treatments worked – or at least, if one of them worked, it required four months to take effect.

For someone who runs several times a week for fitness, de-stressing, and fun, this could not be more frustrating. Months later, I can finally run 2-4 miles every day again with no pain… but I’m scared to start adding any longer runs in. What if I start running again and my injury comes back?

In other words, what if I fail?

To counter the worry, I got out a good marathon training schedule and wrote in the mileage I’ll need to cover over the next 4-6 months to be in good enough shape to run 26.2 miles in one morning again. I’ll take it slowly and won’t overtrain, but I also won’t give in to the fear. In 2009, I hope to run at least one marathon in the summer or early fall.

I experience this kind of fear with most of the “big goals” I set, and I know I’m not alone. Jolie first started doing her own Annual Review a couple years ago (at the same time as mine), and each time she experiences the same fear of failure. “I expect it to get easier over time,” she said this year, “but it’s always a challenge to push past it.”

The key is to push past it by any means necessary. If you need someone else to be your scribe, hand them a pen. If you want to give yourself a big reward for setting and achieving goals, do it. If you have to give yourself an “out” if it doesn’t go the way you hope, that’s fine too. Giving in to the fear is really the only thing to worry about at this point.

I often think of this old adage from Mark Twain:

Twenty years from now you will be more disappointed by the things that you didn’t do than by the ones you did do. So throw off the bowlines. Sail away from the safe harbor. Catch the trade winds in your sails. Explore. Dream. Discover.

You’ve probably heard that before, but if you’re hesitating on your 2009 plan because of fear, it’s worth having it in your head.

It’s too easy to say, “Don’t be afraid.” What I would say instead, to myself and anyone who is listening, is “Don’t let the fear hold you back from greatness over the next year.”

The New Year begins tomorrow. Are you planning something amazing for 2009?