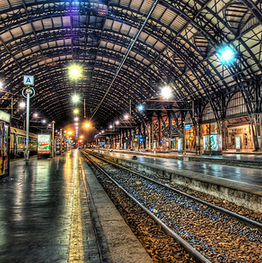 Six weeks ago, I went to downtown Seattle for an appointment at a big office building. The receptionist asked me to fill out a short medical history, which included questions about my self-esteem and physical appearance. After 10 minutes of waiting, I was ushered back into a small clinic down the hall.

I was actually there for a hair-loss consultation, and as far as I can tell, my hair is doing just fine. According to the fake doctor I talked to (he wasn’t a real doctor, but wore a white coat to give the impression that he was), most of the men who come in for visits would be happy if they had half as much hair as me.

I thanked him for his time, and got out as quickly as I could. Earlier this week, six weeks after the consultation, 20,000 Delta SkyMiles posted to my account.

Yes, I went in for a hair-loss consultation to get 20,000 Frequent Flyer Miles – and so did a lot of other people. Hold that thought; we’ll come back to it at the end.

First, Let’s Look Back at the Unfriendly Travel Summer

Oil prices went to record highs, airlines started charging for any checked bags, and record numbers of flights were canceled even as planes were at high capacity.

In one of the crazier examples, United Airlines said it would start charging for meals on overseas flights from Washington, D.C. They later backed off, saying they were just “testing an idea to see how customers would respond,” a statement that a lot of travel writers had fun with. (Feel free to write your own joke about how easy it is to predict customer opinion when you take away meals on 8-hour flights.)

Meanwhile, I was happily traveling around the world, mostly on a Round-the-World ticket I had paid for nearly a year ago in the summer of 2007.

I don’t want to give the impression that it was always easy — I slept on the floor of too many airports to say that, unfortunately. But even though it wasn’t easy, for the most part I was largely unaffected by the unfriendly travel environment.

In a lot of ways, it’s easy to get frustrated with travel these days. Here are some practical things you can do to get ahead.

*Get an Elite Status Match with multiple airlines. If you have any kind of elite status with a major airline, you can use that status to get “comped” from several other airlines. To do this, make a photocopy of your status card, get a printout of a recent statement, and mail this information in to the Frequent Flyer headquarters of your preferred airline.

The catch is that you can usually only do this once in your lifetime per airline, but there are a few clever loopholes you can take advantage of. For example, right now you can get status matched with Northwest with no future penalty, since Northwest as a brand will cease to exist since they are merging with Delta.

*Get Creative with Lodging. Since most of my international travel is with Round-the-World tickets that I pay for well in advance, or Awards flights from my many Frequent Flyer miles (see below), lodging is my major expense from country to country.

I’ve adopted all of these tactics at different times to help:

*If your trip involves more than one international destination, consider a Round-the-World ticket or regional fare. This is how I do most of my long-haul travel now, and while it can get a bit complicated, it is hugely economical as long as you plan on doing a lot of travel. At some point I’ll create a detailed product to help people with this (there’s a lot to it), but for now if you’re out there working on a big trip and need some quick help, send me a note with the itinerary you have so far.

*Get as many bonus Frequent Flyer Miles as possible. Even though many airlines are trying their best to devalue miles, with enough planning and some persistence, you can still use them to fly for just the cost of the taxes. I do this several times a year, and I’ve used my miles to fly Upper Class on Virgin Atlantic and Business Class several times on Delta, Singapore, Lufthansa, and Korean Airlines.

Here are a few current, easy opportunities you can take advantage of to pick up miles right away with American Airlines (my preferred U.S. carrier, mostly due to how they structure their elite program):

(Note that if you don’t have an American AAdvantage number, you’ll need to get one first – but you can do that here.)

These are just a few examples, and if you’re reading this later on, some of them may no longer be available. I’m not a big fan of wasting hours on surveys, but doing simple things like this every so often really adds up.

In recent years I’ve earned as many as 95,000 extra miles by the end of the year through these kinds of bonuses, not counting credit card spending or my actual flights. Since the average Business Class ticket to Asia costs at least $5,000, it’s definitely worth my time to get a free one.

After my hair-loss consultation went well with no surprises (the total time investment was about one hour, including the ride to and from downtown), and I confirmed that the company didn’t really care who came in for the appointment, I started referring a few friends over that way. My friends reported back with the same information – it was quick and easy, and the company wasn’t offended that people were coming in just for the miles.

Next, I sent an email to the first group of customers from the Discount Airfare Guide. I figured they might be interested in 20,000 miles, and my expectation held true – reports of successful clinic visits came back from Atlanta, Vancouver, San Francisco, and elsewhere throughout the U.S. and parts of Canada.

Finally, I sent a notice out to my Twitter followers: “If anyone is willing to give up one hour for 20,000 Delta SkyMiles, write me at [email address].” A bunch of people requested the info, and several of them made their own appointments.

I asked that anyone who had their own hair-loss consultation for a free 20,000 SkyMiles let me know so that I could track how many Awards tickets I had effectively created. I don’t receive any benefit from it – I was just curious about the numbers. Judging from everyone who wrote me back, it looks like I successfully referred 44 people for a total of 880,000 Miles.

Most people, however, will use the 20k miles for simple, domestic round-trip flights. At 25k per free ticket within the U.S. and Canada, the bonus takes you 80% of the way.

In other words, spreading the word about the hair-loss consultation earned roughly 35 free tickets for my friends, Twitter followers, and Unconventional Guide customers – and this was with very little promotion, since I didn’t write about it here on the site.

This was an experiment that seems to have worked well. I don’t mind sharing the wealth with promotions like this in the future, but I probably won’t make a lot of posts about them here since it’s not really the theme of the site. If you’re interested, follow me on Twitter, since I do post bonus opportunities over there from time to time.

Note that none of these ideas are dependent on a friendly travel environment. You can still earn miles no matter what the airlines are doing, and if you can get elite status with at least one airline, you’ll avoid a lot of the new fees being charged for people who don’t travel much.

In short, travel does not have to be as difficult as some would have it. You may not be as crazy as me in terms of heading down for a hair-loss consultation, but I’m happy with my 20,000 miles. Next summer, maybe I’ll see you on a plane somewhere… and with luck, both of us will be flying for free.

For more info on Travel Hacking:

Finally, a Question for You:

I don’t often post practical travel information like this here. Do you like it? Is it relevant? Please tell me one way or another. Our long-promised site redesign is coming up soon (really), and having your opinion will help me.

Also, if you have any questions about the specific travel ideas mentioned, post them in the comments and I’ll do my best to answer them.

Thoughts on Risk and 808,185 Frequent Flyer Miles
© 2022 The Art of Non-Conformity | Site by Bytegrow Technologies