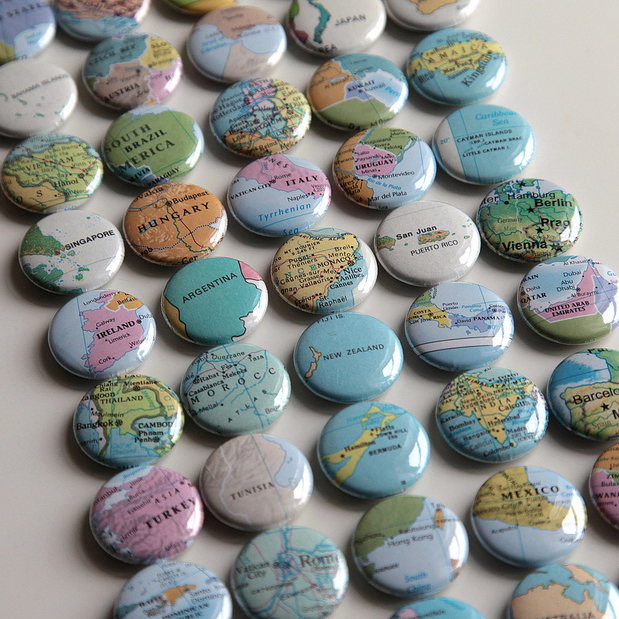 I started AONC in 2008 when I had been to only 65 countries. Thanks to consistent effort, dedicated travel hacking, and significant amounts of coffee, I’ve now been to 173.

In fact, we’re now down to the final twenty countries. Only twenty!

Of course, twenty countries is no small endeavor, especially when there are no more backup plans: I simply have to make it to these particular stops, one way or another. Some of these places aren’t easy, and I could still run into difficulty with an especially obstinate country.

The deadline to visit every country is my 35th birthday, just under a year and a half from now in April 2013. Here’s a rough guide to how I plan to handle the remaining visits.

September’s jaunt through Micronesia, Palau, and Marshall Islands helped me knock off a few islands. I also finally made it to Australia, albeit unexpectedly. Getting shut out of Nauru made things a bit more difficult, since I had planned to visit the four remaining islands in one early 2012 trip. With five islands and limited flight schedules, I may have to break up the trip into two portions.

Solomon Islands. A small but easy country—the main challenge is coordinating it in conjunction with my visits to the more difficult islands: Nauru, Kiribati, and Tuvalu.

Tuvalu. A tiny country served only by Air Fiji. I guess I’ll go… from Fiji. My plan is to do this in January 2012, schedule permitting.

Kiribati. Like Tuvalu, this is one challenging country to get to. I had planned to visit there from Fiji, but it looks like that option is no longer available. Flights from Tarawa, the capital, to Nauru have also been canceled. Hmmmm.

Nauru. A strange country that requires an advance visa from the few people who visit, even though it has no embassies. On the flight I was supposed to be on in September, the airline emailed the four travelers to confirm our flight in one group message—never seen that before. (Yes, I’ll be sure to speak to them about email etiquette after they safely deliver me to the country. Airlines should not use “reply all”!)

Vanuatu. See Solomon Islands: it’s not hard; I just have to plan for limited flight schedules around other destinations that are more difficult. It’s also in progress for January or February 2012.

With fifty-two countries, I knew from the beginning of this quest that Africa would be the biggest challenge. Thankfully, I’ve whittled it down to only ten remaining countries. With a couple of exceptions noted below, most of these are relatively easy at this point.

Eritrea. Getting permission to visit Eritrea has turned into the biggest travel challenge of 2011, and an entirely unexpected one. Lufthansa has three flights a week from Frankfurt, and Turkish Airlines also goes in and out on other days. But every attempt I’ve made (at least three so far) has been rebuffed by the embassy in D.C. I would love to visit soon, so I hope they change their minds for my fourth application.

Guinea Bissau. Another tough country. There is no embassy in the U.S., Canada, or even the U.K., and there is also no visa-on-arrival service. By all accounts, the only way to get in is to obtain permission from the embassies in Lisbon (Portugal) or Dakar (Sengal). My tentative plan is to get someone from one of those cities to help from a distance.

São Tomé and Príncipe. The visa looks easy; it’s the flights that are hard. São Tomé is served by weekly flights from Lisbon. There are two carriers, but ironically they offer their flights on the same day (!), meaning that you have to stay for a week. It looks like there are a few other options to fly in or out from Malabo or Douala on the African mainland, so I may try to do an open-jaw, flying one way to or from Europe.

Republic of Congo. There are two Congos, and the smaller one is known as Congo-Brazzaville for its capital city. I visited the larger one, Congo-Kinshasha, a couple months back on a gorilla trek from Rwanda. Thankfully, there are numerous options to fly into Congo-Brazzaville. I’ll mostly go in from Nairobi or Jo’burg.

Chad. I don’t know much about Chad. I know there are Air France flights from Paris, and a closer look shows that there are also some regional options. The visa process doesn’t seem to be super complicated at this point, but as with Eritrea, the proof shall be in the application.

Central African Republic. A three-day visa processing time (this is good) and regular flights from both Addis Ababa and Nairobi means that I shouldn’t have any difficulty hitting up the CAR. I was hoping to go directly there from Congo-Brazzaville, mentioned above, but it seems the weekly flight has been canceled. Therefore, I’ll have to visit each one separately, likely starting with CAR next month.

Somalia. Arguably the most dangerous country in the world, and one of the few places I have deliberately stayed away from. Thankfully, there’s a loophole: SomaliLAND, in the north, is effectively an autonomous (and safe) region. I tried to visit two weeks ago from Dubai, but got shut down thanks to an unhelpful travel agency and an unreliable airline. I won’t use either of them again; my new plan calls for a flight on African Express from Nairobi via Abu Dhabi.

Seychelles. A small island (technically islands) in the Indian ocean, with regular flights to Dubai, Abu Dhabi, Nairobi, Addis Ababa, and probably other destinations. This is one of the few easy countries I have left, so I’ll likely pick it up while visiting more difficult countries in the nearby vicinity.

Sudan. Very tough to get a visa with a U.S. passport. Like Eritrea, I’ve had at least three attempts fail already. I’m currently working on a fourth one that I’ll write about later, hopefully after it’s successful. Fingers crossed.

South Sudan. Let’s give a shoutout to the world’s newest country! Yes indeed, when South Sudan achieved independence in July, probably a hundred people wrote me on the same day to say: “Are you going there?” And indeed, I am. A new embassy has just opened in D.C. promising 7-day visa processing time, and there are regular flights to the capital of Juba from various nearby cities. I’m actually much more excited about going there than to Khartoum in the north, but we won’t tell Khartoum that until I get a visa.

There are six “stans”—and I’ve already been to Afghanistan, Uzbekistan, Kazakhstan, and Kyrgyzstan. Not speaking any Russian and hearing a number of stories of difficult experiences, I was initially somewhat intimidated to travel in the region. To my surprise, however, these stops have been a lot of fun, and I’m looking forward to the remaining two.

Turkmenistan. I don’t know much about Turkmenistan. I know I can get there via Istanbul and Frankfurt (the classic Lufthansa and Turkish Airlines combo again, like Eritrea), and I know that a visa should be doable. But otherwise, I’m in the dark.

Tajikistan. One of the more difficult countries to get into, requiring an invitation letter facilitated by a local agency before the visa application can be submitted. I’ll begin the process sometime in early 2012, before I go on book tour and I’m not able to hop off to Central Asia on short notice.

What Remains: Everything Else

This is it! Just three more countries on the “miscellaneous sovereign nation” list.

Yemen. Like Somalia, Yemen is a rough place these days, and currently on hold due to a small revolution I was supposed to go in early 2011, but my contact gave up on me. Of course, much more important than my trip is the fact that people are being killed in the streets every day. I hope things improve firstly for Yemen’s sake, and then so I can visit in late 2012.

Cuba. The final country in all of the Americas for me, Cuba is a bit of a mystery because of my citizenship and passport. Contrary to popular belief, U.S. citizens are welcome in Cuba and don’t have to deal with any challenging visa applications; it’s the U.S. government that doesn’t want its citizens going. I’ll share more about this whole process when the trip is complete.

Norway. I’m saving the best for last! About a year ago, I realized it would be important to intentionally decide on my final country, instead of letting it come down to chance. Nothing against the Central African Republic or any other great countries on this list, but I wanted to plan on something more stable for the last stop. I’m also thinking about traveling there with a small group, so my only remaining country in Europe was a natural choice.

Everyone in Norway, plan for a big party in Oslo on April 7, 2013. I don’t think I’m in the running for the Peace Prize, but eight hours’ sleep would be welcomed.

Coming to the last major portion of my worldwide adventure is like a lot of things: in some ways, it feels like it’s been forever, and in other ways, I feel like it was only yesterday that I was on a train in Eastern Europe, thinking how “maybe” I could visit 100 countries sometime in my life.

As discussed here, I do feel some anxiety about coming to the end of the project in the next year and a half. I’m still sorting through those feelings, but I also have lots of logistics to plan for all of these trips. In addition to next year’s book launch and an upcoming business project, that’s what I’m focused on these days.

The “Hell Yeah” Roundup: Your Turn

Announcing The $100 Startup (Also: Where should we go on book tour?)
© 2023 The Art of Non-Conformity | Site by Bytegrow Technologies