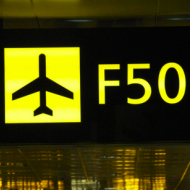 Greetings from Terminal 1 in Singapore’s Changi Airport—or perhaps HKG, or NRT, or en route to LAX depending on when you read this. I’m on the way home from my latest global adventure.

A long time ago—five years, to be precise—I had an idea to visit every country in the world. I like travel, I like big goals. Smash the two together and you get: 192 official countries, plus a bunch of other places.

So I started working toward it, around the same time I started publishing this online journal that people from almost as many countries are now reading.

I set the deadline of April 2013 to coincide with my 35th birthday. I’m 32 now, so we’ve come to the final three years. This year I had an extra challenge—from September-December I’ll be based entirely in the U.S. due to the upcoming Unconventional Book Tour. No international travel for four months! Yikes. I knew I had to work hard to get ahead during the first half of the year.

While hopping around the world over the past two weeks, I did a personal check-in on the progress. Am I on track? Am I in trouble?

The verdict: it looks like I’m doing OK. I’m not tremendously far ahead of schedule, but I’m not far behind either. 144 countries down, less than 50 (technically 48) countries remain… a few easy ones, a bunch of hard ones, and another big group in the middle. Here’s what they look like.

Easy Countries I’ve Just Never Made it To. For whatever reason, I’ve just never been to these places. Monaco is easily reachable from the south of France. (Other small European countries include Andorra, Luxembourg, and Lichtenstein—all of which I’ve made it to.)

Since it’s proven elusive in two attempts thus far, I’m not sure it’s easy, but my third attempt to visit Belarus is coming up in July or August.

I still haven’t made it to Australia, which is good in some ways because I like the idea of saving a few countries I’m really excited about. I was hoping to get down that way this year, but it now looks like it will be 2011 before I make it. From Australia I’ll go to East Timor, my final country in South Asia. And finally, I’ve never been to Norway and am thinking about making it my last stop at the very end of the journey.

The Five Stans of Central Asia. Otherwise known as Afghanistan, Uzbekistan, Tajikistan, Kazakhstan, and Kyrgyzstan. All of them require visas of varying difficulty. I can do Kazakhstan and Kyrgyzstan on the same trip. Afghanistan will probably be a quick trip to Kabul and back.

I haven’t figured out the other two yet, but will make a plan after I make the first trip. This is the only major world region I’ve never been to, so I’m looking forward to my first visit—hopefully as one my final summer trips of 2010.

Rogue States and Other Interesting Places. Over the course of three trips to Seoul, I’ve been unsuccessfully trying to take the DMZ tour that technically counts for a visit to North Korea. It looks like the tours are canceled now due to the latest hostilities from Pyongyang, but hopefully they’ll pick back up at some point and I can return. Otherwise, the only option will be to go with an organized trip from Beijing, which is only allowed a few times during the year for U.S. citizens.

I also need to get started on the plans for Iran, which as an American requires going on a group tour with a local sponsor.

Cuba is another country that is difficult for U.S. passport holders. Cuba itself is happy to welcome Americans (and the immigration officials won’t stamp your passport, saving you from getting in trouble later), but back home, it’s technically illegal for most U.S. citizens to make the trip. I’m in the process of applying for a license, which some people have said is easy to get and others say is nearly impossible—so we’ll see what develops. (And yes, I also know I can go off-the-record via Cancun, Nassau, or Toronto. We’ll cross that bridge if we come to it.)

North Africa. Three countries in a row are missing from my map of completed countries. Morocco is easy—I’ve just never made it there. By all accounts, Libya looks to be a challenge for most Westerners, requiring an Arabic translation of your passport along with other random approvals in advance.

Algeria is also a challenge, but presumably less so—we’ll find out soon, as I’ll be sending off my duplicate passport to the Algerian embassy as soon as I get home.

South Pacific and Micronesia. The big, blue Pacific contains a large group of countries I haven’t been to. To start with, you’ve got Vanuatu, Solomon Islands, and Palau. It’s important to closely coordinate the flight schedules of that region, as I figured out when I went to Fiji in January and missed out on going to Tuvalu.

Similarly, further up in Micronesia, you’ve got the Federated States of Micronesia, Kirabati, Marshall Islands, and Nauru. Most of these look fairly easy; I’ve just never been there and have little knowledge of the region.

Biggest Continent Ever. What can I say about Africa? So much… because it’s so big and so daunting. Fifty-two countries, including plenty of challenging ones. I’ve been actively traveling on the continent since 2002, and I’m only halfway finished.

I’ll do Rwanda and Burundi together, flying into one and out of the other. I may also try to visit Congo #1 (DRC) from Rwanda—and if not, then I’ll do it together with Congo #2 (Brazzaville) by flying into one then heading over to the other. I also need to go to Gabon and Malawi, two countries that are relatively easy.

Last year a friend tried to arrange a visa for me to the Sudan, but was unsuccessful. I’ll look at sorting this out in 2011, and if I can’t get to Khartoum I may go to Juba, the capital of the South.

My final Portuguese-speaking countries will be Guinea Bissau, Sao Tome, and Angola. Guinea Bissau also falls under the rogue states category—the flights from Europe are on a weekly schedule, so to avoid spending too much time there I’ll look at going over from Dakar, Senegal for a couple of days.

This fall’s book tour and next year’s upcoming World Domination Summit will raise money for our Charity: Water project in Ethiopia. I’m hoping to visit the project sites with a small group of readers in the fall of 2011.

There aren’t many places in the world that are truly dangerous, but Somalia would be #1 on whatever that list would include. Because of that, I’m planning to go to Somaliland instead—not its own country by U.N. standards, but almost completely autonomous of Mogadishu. If I can head there after next fall’s Ethiopia trip, that would be ideal. Another dangerous and difficult country, Yemen, is right next door and will be my final Persian Gulf country.

Then I need to go to Djibouti and Eritrea—two nearby countries. I tried to visit Eritrea last year, but ran into visa trouble due to a border dispute with Ethiopia.

I don’t know much about Mauritania, but it looks like I’ll get there from Paris. Further east, I know a bit more about Niger and Burkina Faso—I’ve just never been. If I wanted to cheat, I could count an airport stopover in the capital of Bamako I had a few years ago. But I don’t want to cheat, so back to Mali it will be.

I’m not sure how Chad will work either. Probably another Air France trip, along with the Central African Republic.

Then, there are a few Indian Ocean / African countries as well. Madagascar can be reached via Johannesburg on South African Airways, although for some reason it looks like I can’t book a Star Alliance awards ticket there. From Madagascar I think I can go to the Seychelles and Comoros. If not, then I can get there from Kenya or even the Persian Gulf, depending on price, schedule, and so on.

Have I missed anything? I don’t think so. I said to a friend recently that I was surprised to find, overall, everything is working out pretty much how I hoped. There are certainly plenty of challenges. I have setbacks, I make mistakes, I get tired, and so on.

I’m not ruling out disaster somewhere. But overall, I’ve settled into a good routine. I plan a trip a few weeks in advance, I go out on the road for two weeks, I come home for three more weeks and plan the next trip, and repeat. After two more trips (July and August), I’ll be home in the States for the remainder of the year. It’s not time to rest yet!

If you’re pursuing a big adventure of your own, I hope you take encouragement from this process. Remember that if you take a big goal and break it down into small steps, it becomes much easier. Anne Lamott wrote about this in her great book Bird by Bird, and I tend to follow a similar approach Country by Country.

And now, onwards to LAX… see you all on the other side.

My New Travel Hacking Goal: Book an Apartment at 30,000 Feet