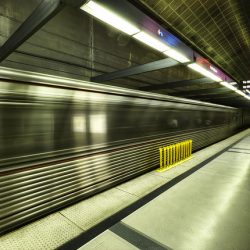 After a product launch and a few frantic days copyediting a book manuscript, I got on a plane and left to see the world. It began with a 4:30am alarm and a taxi to the airport. I hopped the early Alaska Air flight down to LAX, took an afternoon American Airlines departure to Kennedy, and another late-night AA flight to Barcelona. Non-stop travel with a lot of stops. In BCN I wandered the empty concourse at 5:45am. Boarding to Madrid was an hour later, but I had to switch to the Euro zone flight area, which means going through immigration and getting an entry stamp.