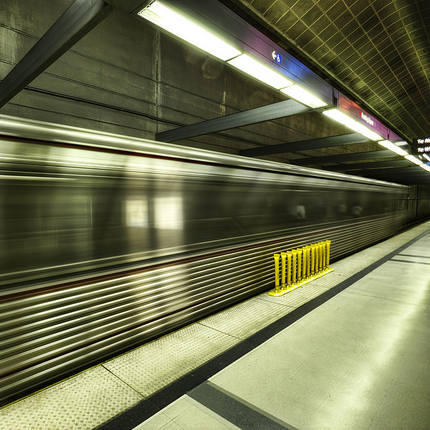 After a product launch and a few frantic days copyediting a book manuscript, I got on a plane and left to see the world.

It began with a 4:30am alarm and a taxi to the airport. I hopped the early Alaska Air flight down to LAX, took an afternoon American Airlines departure to Kennedy, and another late-night AA flight to Barcelona. Non-stop travel with a lot of stops.

In BCN I wandered the empty concourse at 5:45am. Boarding to Madrid was an hour later, but I had to switch to the Euro zone flight area, which means going through immigration and getting an entry stamp.

In Madrid I went through another process—shuffling down to baggage claim, out to the terminal shuttle bus, and over to Terminal 1. I then transferred to the non-Euro zone area and went through immigration again. Stamp-stamp. (The extra stamps are annoying, filling up my passport page for no good reason.)

The check-in with Turkish Airways was efficient, and I wandered off to board for Istanbul and beyond with only a slight delay in the departure lounge. By this point I was exhausted and slept for most of the four-hour flight. I perked up just in time for the fourth transit stop of the weekend.

Istanbul is a place I like but hardly know. I made a mental note to add Turkey to the list of places I’d like to spend more time in when the quest is over.

I went to the lounge, ate some Turkish pizza and prepared for the final flight: destination Dushanbe, Tajikistan. This flight was to board at 7pm and arrive at 3:45am, but with a three-hour change in between.

Where’s Tajikistan, you ask? It’s in the heart of Central Asia, a region that intimidated me until I actually went there and discovered it can be both welcoming and fun. Once this visit is complete, I’ll have only one “stan” remaining. Turkmenistan, the final frontier, will be coming up soon.

But I’m not so sure about showing up in January. Walking outside to meet my driver, I’m reminded of my Canadian book tour, which was also in the dead of winter and involved lots of walking around in cities without a coat.

Fortunately, the heat in the minivan is blasting, and I enjoy the ride as the driver points out various sights along the way. When we pull up to the Dushanbe Hyatt at 4am, I attempt the traveler’s trick of being naïve about check-in times.

I had emailed the hotel in advance to ask about airport transfers, and they offered to add an existing night to my reservation. It was fairly expensive, though, and I knew I’d have at least some chance of early check-in. In the past I’ve shown up as early as 8am, playing it cool and pretending that it’s normal to check-in several hours in advance of the advertised check-in time.

When informed of the policy, the best response is to be surprised: “Oh, really? Well, I suppose I can sit over on this bench until you have a room.”

I’ve never sat more than an hour when using this strategy. Most of the time, I sit for a few minutes, then all of a sudden a room becomes available. But 4am is really pushing it, and it doesn’t work this time. I decide to change tactics. “How much will it cost to check in now?”

“There is a 100% penalty,” the night clerk says, meaning that I’ll have to pay for a full night’s stay.

And here’s the difference between a place like Russia itself, which I found inflexible and harsh, and a place like Central Asia, which retains the bureaucratic essence of the Soviet Union but also has a heart. The clerk picks up the phone to call the manager, but then puts it back down, making his own decision.

Half price for a real shower, real internet, and a real bed is worth it. I head up to the 10th floor, enter my room, and settle in. First step: Always unpack everything before doing anything else. Put the running shoes by the door, the shirts in the closet, the laptop on the desk, and the watch by the bed.

I look out my window and see the morning light slowly beginning to shine in. There is snow on the ground below, mountains off in the distance, and a mosque next door.

The hotel is a good base for writing and catching up after the 72 hours it required to get here. Tomorrow I’ll bundle up and go on a city tour, and then I’ll decide what to do after that. I’d love to run down the wide streets I saw on the way in, but with temperatures of 28°F / -2°C, I might stick to the hotel gym.

The upcoming weekend’s adventure involves an attempt to visit Eritrea. For months my visa service has kept me waiting on the application, telling me everything is normal even though I learned at mid-point that the service has never done a successful application for a non-Eritrean applicant.

I was frustrated at their lack of urgency in badgering the consulate, which is exactly what you pay a processing service to do. Finally I talk it over with myself and realize the obvious lesson:

Stop pushing on something that isn’t going to happen. Forget about the rules and get on the plane anyway. Think of a good story that will allow you to purchase a visa upon arrival that isn’t supposed to be available. You’ve done this before and haven’t gone to jail yet, at least not as an adult. (Knock on wood.)

That’s the adventure for Friday through Sunday, and I determine to make sure to have a post ready to go for Monday just in case Eritrean jails don’t have WiFi hotspots.