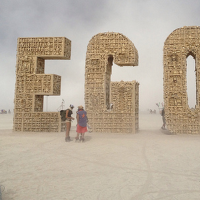 Two days ago I went to see Birdman. I’d missed it when it came out, then forgot all about it, then realized it was still showing. Last night it won best picture and many other awards at the Oscars—coincidence, I’m sure. :)

I really liked many aspects of the film, from the amazing drum-only soundtrack to the fact that it was filmed in a single continuous shot. (I don’t entirely know what that means, but it sounds cool.) I also thought it was interesting that much of the coverage of the film at the Oscars said it was primarily a story about ego. I thought it was somewhat about ego, especially in the context of mortality as an actor who formerly played a superhero ages and faces the loss of relevancy and career. But I also thought it was about shame, a concept that isn’t often explored from a masculine perspective. It reminded me of reading Karl Ove Knausgaard, something else I'll write about shortly. Read More