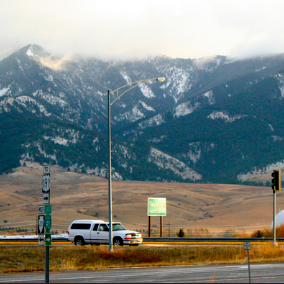 If you didn’t love your childhood, you probably don’t love the place where you grew up. Maybe you tried to get as far away as you could. Years later, maybe you realized it wasn’t the place that was so bad, it was just the experiences you had at the time. Or maybe your beliefs were confirmed: that place really was designed to produce misery, and if you have any say in the matter, you’ll never go back.

These thoughts were on my mind as the Delta Connection plane from Salt Lake City touched down in Bozeman, Montana. I felt jumpy and anxious on the short flight, as if I’d had too much coffee or not enough sleep. This being book tour season, both of those things were probably true, but they weren’t the only source of the discontent.

See, I lived in Montana—the eastern, flat part—for several years as a child. I have very few happy memories from that time, and most of those involve playing video games or riding my bike around town by myself. They are memories of escapism, not of friends or community or anything that felt like “belonging.”

I remember being very cold all the time, no matter how many clothes or pairs of socks I put on. I remember a school I hated and a church I was forced to attend three times a week.

Not all of that is Montana’s fault, of course. And it really is true what you hear; there’s so much natural beauty in parts of this state. It was only when I came back on my 50-state book tour in 2010 and spent the night in Missoula that I understood it.

There’s a clear division, though, between the western mountains and the eastern prairie where I lived as a kid. Mountain side: worth the trip. Prairie side: stay away.

Fortunately, my Delta flight was headed for the mountains. When I landed in Bozeman, it was as though the universe had conspired to break my resentment: the horizon was incredible, soaked in sunshine and fresh air. I rented a car and found a great restaurant for lunch. At each interaction, from hotel check-in to the server who brought my veggie burger to the outdoor patio, I was told how lucky I was: until that morning, the whole week had been rainy and cold.

I’ve been thinking a lot about my brother on this trip. I spent four years on the “never again” side of Montana, but then I skipped out to live with my other set of parents nearly 2,000 miles away. Ken had only two parents who still lived together, so he stayed behind and spent at least six more years on his own.

Here’s the thing, though. The very moment he could leave, at age 17, he bolted. He drove to Alabama, where our grandma (Nana) lived, and gradually settled in. After he left Montana, he never came back. There was something (maybe more than one thing) that he never wanted to remember or experience again.

I wish that Ken had the chance to see the better side of Montana. Maybe he’d feel like me: “Wow, it’s beautiful here.” We could have had beers at the brewery and laughed at all of the grizzly bear memorabilia for sale.

While I was there I thought about going back to that small town where we used to live, at least two hours away from all the beauty. Maybe there’d be something I could confront, or some way of memorializing him there. But then I realized the obvious: why would I memorialize someone in a place we both despised? If he never went back, why should I?

Later that evening, I drove to the book event 20 miles away. Small as the town was, the turnout was fantastic. We had more people (a lot more) in attendance than I did in Salt Lake City the night before. As a bonus, I even managed to snag a cupcake to take back to my room at the end of the night. I had it together with a glass of whiskey I brought up from the downstairs bar and thought through all these things.

I had no regrets on returning to Montana. I’m glad I went, and I’m glad the universe conspired to make it a good day. It’s just that the time feels so short. Some things we can recover or rally from, and some things we can’t fix no matter what we do. As far as I can tell, wisdom is all about understanding the difference, so that you know when to fight and when to accept.

If You Lost Everything, Would You Look Back or Look Forward? 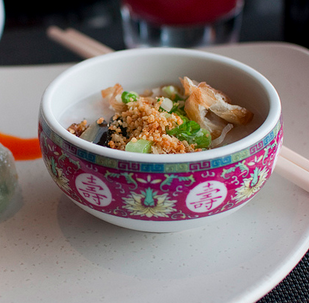 What Does It Mean to Be Rich?