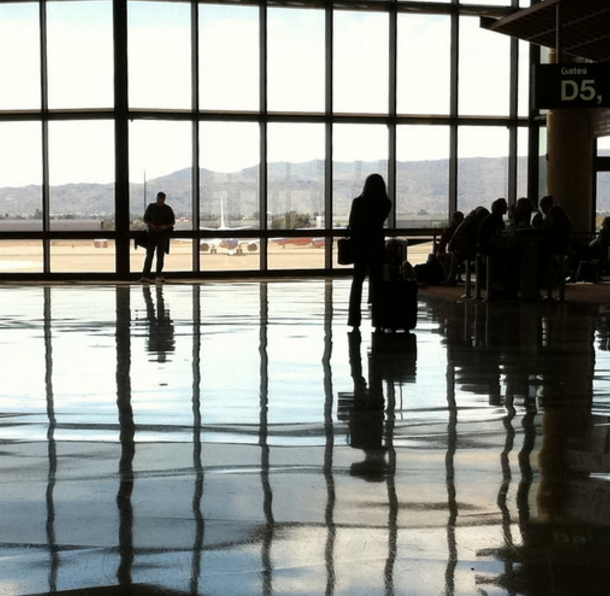 *This is a public letter to my brother, who died last summer. If you’d like to read more about him, there are several links at the bottom of the post.

It’s been nearly ten months since you went away. Still, every day I think of you, I miss you, and I wish we could get you back. I started making a list of memories we shared, and I’m trying to learn more about the parts of your life that were unfamiliar to me.

I’m thinking of you more than usual this week, because my new book is out and I’m on the road every day. You and I didn’t really travel together that much, but whenever we did, it was a lot of fun.

Looking back, I wish I’d taken you to Bangkok or Dubai. I remember one time when you were traveling in your army uniform and got upgraded on a short domestic flight. You texted me to say how excited you were. I laughed, because flying First Class on a short U.S. flight isn’t much to rejoice over. I used to send you photos of me jetting around the world on much nicer airlines, and you’d always reply with a thumbs-up or an enthusiastic comment.

But even though I sent you photos from the plane, we never actually flew anywhere exciting together. Maybe instead of sending you photos, I should have planned a trip for us.

About the book: I think you’d like this one. In the last one I mentioned you three times, telling the story of how we used to call each up to debrief after completing the same video game. In the new one, I don’t tell any stories about you. But I used the front page for the first specific dedication I’ve done since writing The Art of Non-Conformity more than six years ago:

Last year I was midway through writing the first draft when I heard the news. I stopped writing immediately. I honestly didn’t know how I’d get back to it, or to anything else for that matter. My publisher was very supportive, and everyone told me me to take all the time I needed.

The thing about time, though, is that it doesn’t really change an underlying situation like this one. Those of us who are still here can move through seasons of shock and grief, but it’s not as though there’s a point where we can say “Well, I’m glad that’s over.”

Somehow I managed to return to the ritual of daily writing, and I even finished the book before deadline. Except for the hardest days, I was usually able to complete my self-imposed quota of 1,000 words.

I don’t want to say it was cathartic to write the book, because that word implies some sort of relief. I felt no relief whatsoever. But it was good to write the book, and I put a lot of myself in it. I even feel proud of it now, in a way that I don’t usually feel about my published work.

Anyway, back to the 30-city tour. I was supposed to go to North Carolina this time, but ended up canceling that stop. It helped that some of the logistics weren’t coming together for it, but that wasn’t the only reason. The other reason, which always lurked underneath the surface whenever I looked at the draft tour calendar, was that the last time I was in North Carolina, we were there together for the $100 Startup tour. You joined me for that night’s event and talked with many of the people who attended.

Since last summer, when you went away, I’ve received a bunch of notes from readers who met you on that stop, or in other cities on the earlier tour, or at WDS in Portland. They always say the same thing: “Your brother was a really nice guy.”

The night after that event in North Carolina, you and I went to a bar. You introduced me to Booker’s bourbon and we talked for a long time. You are the only person I’ve known who is sneakier than me about paying the bill before anyone else can ask for it. I thought you learned that one from me, but who knows, maybe it was the other way around.

There’s something about that evening that bothers me now. We had a very personal talk, probably aided by the bourbon, and I wasn’t as open with you as I could have been. You talked with me about a difficult situation you were trying to resolve. I’m usually a good listener, but looking back, I can see that I missed an important opportunity. In short, I could have offered you more of myself. Instead of just saying “It’s okay, you can tell me anything,” I should have said, “Thank you for telling me. You can always tell me anything, and here’s what I’m struggling with too.”

It’s clear now that at different points in your life you felt very alone. I feel that way sometimes too, but I didn’t talk with you about it when I had the chance. This is just one of the things I reflect on as I think “What could I have done differently?” And of course it’s not my fault that you couldn’t find another way out of the pain you were feeling, but it bothers me nonetheless.

So now I’m in Southern California at John Wayne airport, which is probably as ridiculous a name for an airport as Ronald Reagan airport in your hometown. I bought a coffee and sifted through some emails, but I couldn’t get you out of my head. Not that I want to do that—you are often in my thoughts—but in this case I felt it was important to write you this note.

I’m flying to Arizona next, where I have another event. You used to spend a lot of time in Arizona, and as I recall, it wasn’t your favorite place. You were out in the desert on a military base for weeks at a time, and had to spend long days in trainings that were more monotonous than engaging.

Still, even though Arizona wasn’t your favorite place, I wish you were waiting for me at Phoenix airport. Next up is Dallas, Houston, and Austin—I wish you were there too. Or anywhere, really. I still think of sending you photos from my trips, but I have no way to do that now.

A couple weeks before the book came out, I went to Los Angeles to record a podcast. I thought we were going to talk about the book, but we ended up spending almost an hour talking about you, as well as some of the extended anxiety and sadness I’ve been feeling in general. After the recording I took an Uber back to my hotel and wandered around downtown, exhausted but somewhat relieved.

It was the first time, in all these months, that I’ve been able to speak in even a small fraction of detail about what happened and how it’s changed the lives of everyone who loved you.

As hard as it was, I felt relieved because just as it was good to write the book, it was good to talk about you. I want to do that more, as soon as I’m able. You deserve whatever I can give, and the world deserves to know more about you. So I’ll work on that, and I’ll follow this road wherever it leads.

See you in Phoenix?

The Uneventful Days that Affect Us Forever

If You Lost Everything, Would You Look Back or Look Forward?