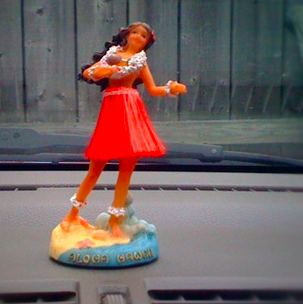 It was long ago and it was far away, and it was so much better than it is today.

I had an eclectic taste in music when I was a kid. Much of it came from my dad, who introduced me to Bob Dylan before I became more of a fan than he was. There was also Tom Petty (early years), Warren Zevon, and Bruce Springsteen at some point.

I was growing up at least ten or fifteen years late, in other words.

But our generation had an edge on the previous one when it came to technology, or so it seemed at the time. I’d saved for a Sony Walkman, a prized possession acquired at age eight, and over the next few years I recorded songs off the radio for later listening. Late at night, I’d play myself to sleep on many of those songs.

Well I remember every little thing as if it happened only yesterday.

Here in present time I’ve been flying to Australia over the past 36 hours, and I took the long way around: Portland to Dallas, Dallas to Doha, Doha to Melbourne. The long-haul flights were each more than 12 hours long. Add in my DFW connection and the bonus airport time from an inevitable delay, and it was a long trip. Fortunately I had an empty seat next to me on the long-hauls, so I was comfortable enough.

With 25 hours up in the air on Qatar Airways (my second time in a month, and not counting another recent trip where I flew in First Class on the A380), I had plenty of time to hang out. I watched several movies and read most of a book. I slept seven hours on the first flight, then three on the second right after boarding, and then another two before landing. I had meals at odd times: champagne and mushroom fritters in the morning, cappuccino and bircher muesli before bed.

At some point in the first flight I flipped through the in-flight entertainment and found a documentary on the singer Meat Loaf. Remember him? The story was fascinating. Since I was born the year after the classic Bat Out of Hell album came out, I obviously don’t remember much about it at the time.

What I do remember is listening to that album over and over approximately twelve years after its debut. Some music really is timeless. Those songs were so good! No matter when you were born, it’s hard top the themes of youth, angst, heartache, and redemption.

But there was more to the story, as I learned from the film. Mr. Loaf, whose real name is Marvin Lee, had a falling out with Jim Steinman, the guy who wrote most of the songs on the album.

Baby you’re the only thing in this whole world that’s pure and good and right.

As the documentary tells it, Bat Out of Hell was a slow climber on the charts. With its eight-minute rock opera songs, it took some time to find legs. But the word spread, slowly and surely, and before a year had gone by it was selling millions of copies, eventually becoming the third-bestselling album of all time.

The much-awaited second album was never released, though, at least not by Marvin Lee and Jim Steinman together. They each made their own second albums, which, predictably, weren’t nearly as popular as the first.

Then there was the wilderness period, also predictable, where the singer declares bankruptcy and is locked out of his home as it’s being repossessed.

Then there was the comeback, which isn’t always as predictable since not everyone gets a shot at one. Don’t call it that, though. My favorite line in the movie arrives when the singer and the songwriter reunite for Bat Out of Hell II (I guess the thinking on the title was: don’t mess with success) and they had another huge hit with “I’d Do Anything for Love, But I Won’t Do That.”

As he’s walking backstage, a reporter asks Marvin Lee if this was a comeback.

Isn’t that so great? Just stop and think about it.

The public thinks of it as a comeback because all of a sudden, he’s got another hit song. But for him nothing had changed except the recognition: all that time, he was still working, touring, singing, and searching for something that would settle in the culture.

Meat Loaf hadn’t gone anywhere, but as for me, I was still at 36,000 feet. The flight path advanced out of Africa and over the Indian ocean. By morning—or was it evening?—we were over Adelaide and preparing to land in Melbourne.

During my Doha layover, I’d downloaded the album. My sleep schedule on this trip was as random as my mealtimes, and by the time our delayed departure left Qatar at nearly 3am local time, other passengers went straight to sleep, but I knew I’d be up for hours. When I made my seat into a bed, I was tired but not sleepy.

So i did something that I did way back when I had my Sony Walkman. I listened to Bat Out of Hell, this time 37 years after it came out. Meat Loaf and I had both come a long way since then. He was now in Las Vegas, putting on nostalgia shows. I was flying around the world, as I do, and trying to make something that would settle in the culture, even if only at a fraction of the influence of a bestselling album.

I want you, I need you, but there ain’t no way I’m ever gonna love you.

Give me all of your dreams, and let me go along on your way.

I would do anything for love. I’d never lie to you and that’s a fact.

I landed in Melbourne after midnight, which seemed appropriate given the peripatetic nature of the whole trip. As I’d first heard on my Sony Walkman more than twenty years earlier, all I had was time until the end of time. I could see paradise by the dashboard light of the taxi, as it took me to the Westin for my 1am check-in.

Is this a comeback?
No. I never went anywhere. 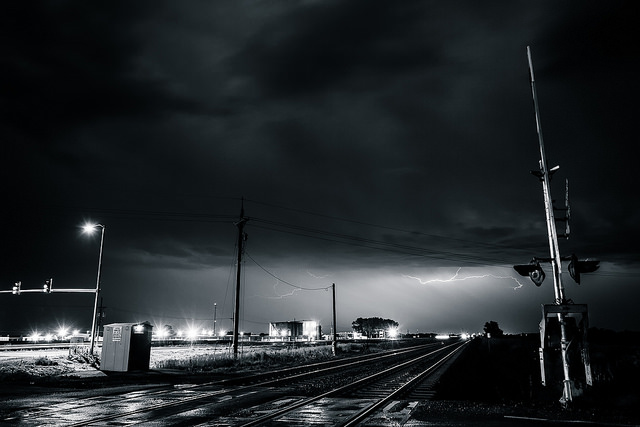 To Cross the Railroad Tracks, Go Against Everything You’ve Been Told

“Everything Is Figureoutable:” Notes from Paris to Doha