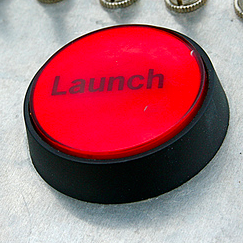 After producing a new project, I try to circle back and share a few of the lessons learned. Last week we had a small beta launch for Adventure Capital, a new business course, so it’s time for another breakdown.

It’s been a long time since I’ve released a paid product of any kind, and there’s nothing for sale in this post. If you’re creating offers of your own, or if you’re just curious how things went with the beta launch last week, I hope the lessons are helpful.

Let’s kick off the debrief!

1. Pricing is always relative. I’ve learned this lesson over and over from almost everything I’ve ever offered for sale. Back when I was selling $20 ebooks that helped people save $500 on international plane tickets, some people (those who didn’t buy it) would complain that it was “too expensive.”

Last week I received a range of comments on the introductory monthly pricing for the new course, which we started at $150. As usual, some found it too expensive while others said it was underpriced. That’s no surprise, but I found it amusing when these two emails arrived back-to-back in the same two minutes:

This price is outrageous! How could you possibly expect people on a budget to pay this much money for marketing lessons?

I was worried this was going to be much more expensive! This is a steal. I signed up right away and have already told my friends.

First lesson: no matter your price, some people will always say it costs too much, and others will say it should cost more. You can’t be swayed by either group! You should be swayed by data and actual customer response.

Perceived value is determined by the customer, not by the critics—and sometimes, not even by you.

2. Having things in order greatly reduces stress. I mentioned in another post that we planned to launch the course two weeks earlier, but made the last-minute decision to defer. This decision sprung from my genius developer’s advice to continue to tweak prior to release:

Part of me thinks this might be a great opportunity to experience a new type of launch where everything is finished more than 24 hours before people flood in.

The truth is that we’ve been working on this for so long, another couple weeks seems like a small trade-off compared to what we’d learn from the feeling of a less stressful launch.

We adopted this mantra—the “new kind of launch where everything is ready”—and were much better off for it. Launch day itself was somewhat relaxing. As usual, I sat in a chair and didn’t move for the better part of seven hours, replying to support questions and monitoring the launch—but remarkably, nothing major broke down. Success!

3. Good partners make all the difference. Speaking of my genius developer, that would be Nicky Hajal. On this project I also worked with Tsilli Pines, a fabulous designer who is also an entrepreneur (profiled here on AONC a long time ago, and also in The $100 Startup).

Both Nicky and Tsilli are on our WDS action team, with Tsilli leading a complete brand redesign this year and Nicky in charge of everything for our mobile app that connects attendees, as well as the backend systems.

Nicky, Tsilli, and I used an online interface called Checkvist to keep track of tasks. What a concept!

Working with Nicky and Tsilli helped me raise my own game. I had the feeling that if I didn’t complete something on time, I would be letting them down. This might sound negative, but for me it was actually highly positive. I wanted to get this project out, and I had great people working on it. We all had to deliver.

By far the biggest feedback we received is that mobile versions of websites (any website, no exceptions) are now expected by users. It’s no longer optional to have mobile come second, and I’m now planning to go back to older versions of projects to see if we can make them more accessible too.

Lesson: no matter what you’re making, make it mobile-friendly.

5. Go small… sometimes. In the past we’ve taken in several thousand new signups in a short period of time, but always for projects that are much lower-cost. For our beta last week we took less than 200 members, and this was a good decision.

The whole point of this new course is to serve a higher-level need. With a relatively higher price point, we’re able to serve a smaller group of people and still produce a sustainable project.

Going forward, we’ll grow the project from within, not by making a big splash for lots of people who probably aren’t the best fit for it.

It’s been fun to get this off the ground!

For those interested in Adventure Capital, the beta offer is longer available while we focus on serving our initial group. You can, however, join the waiting list and be the first to know when it will be open again.

The Two Problems of Aspiring Entrepreneurs