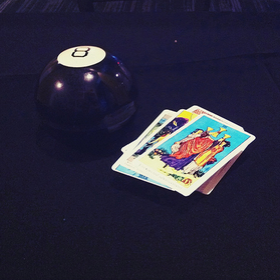 I received a copy of the new book Decisive by Chip and Dan Heath, two brothers and co-authors responsible for the previous bestsellers Switch and Made to Stick.

I’ve always enjoyed Chip and Dan’s work, so when our mutual publisher asked me to share an excerpt of their new book, I was happy to do so.

Check out the excerpt below, or pick up the book for full reading.

Using a Tripwire to Make Decisions
by Chip and Dan Heath

Chances are you know someone who has been stuck on autopilot too long. Sometimes autopilot causes people to neglect opportunities; maybe you have a friend who has talked about writing a novel for years but never seems to make any progress. Other times, autopilot leads people to persist at eﬀorts that seem doomed, like a couple whose relationship makes them both miserable, or a relative with a naive dream of making a living as a landscape painter, or an executive who refuses to recognize that her pet project has failed. At some point, the virtue of being persistent turns into the vice of denying reality. When that transformation happens, how can you snap someone out of it?

One option is to set a deadline, the most familiar form of a tripwire. Some deadlines are natural, such as the deadline for filing stories at a daily newspaper—the printing press has to roll at a certain time, whether the story is ready or not. But it’s easy to forget that most of the deadlines we encounter in life are simply made up. They are artificially created tripwires to force an action or a decision.

Some deadlines are backed by the force of law, such as the IRS’s April 15 deadline for submitting taxes, and it’s no shock that these deadlines are effective. What’s stranger is the effectiveness of made-up deadlines in getting us to do what would have been good for us anyway.

The psychologists Amos Tversky and Eldar Shaﬁr offered college students a five-dollar reward for filling out a survey. When given a five-day deadline, 66% of the students completed the survey and claimed their rewards. When given no deadline, only 25% of students ever collected their money.

The same phenomenon has been noted with substantially higher stakes. In Great Britain, the Economic and Social Research Council, which gives grants to university researchers in areas such as global economics, security, and education, decided to eliminate submission deadlines and accept proposals on a rolling basis. Research professors should have been relieved. Instead of having to submit proposals on a couple of fixed dates, usually smack dab in the midst of teaching commitments, they were now being given the flexibility to submit a proposal whenever they had time to do so.

Proposal submissions promptly declined by 15% to 20%.

This is not rational behavior: If students like the idea of getting five dollars for a survey, and if researchers need grant money, then they shouldn’t need a deadline to follow through. Yet while irrational, this behavior probably makes sense to all of us. Deadlines focus our mental spotlight on a choice. They grab us by the collar and say, If you’re gonna do this, you have to do it now.

In this light, consider the tradition of the annual performance review for employees. People (including us) have poked fun at the idea of giving feedback to employees only once a year. (What parents would swallow their feedback day after day, storing it up for one December day when they’d sit their kids down and let it rip?)

While once-a-year feedback is inadequate, though, it’s superior to never-a-year feedback. Absent the deadline, that would probably be the norm. The annual review, then, is really a kind of desperate tripwire, ensuring that something critical happens at least once a year.

If you have a relative or colleague who is pursuing a bad path on autopilot, or if you think they’re being overconfident about their chances of success, work with them to set up tripwires—and hold them accountable to what they predicted. “Six months ago, you thought you’d have a recording contract by now.”

These will not be easy conversations to have. No one likes to be reminded of failure. Nor is there any certainty that they will change course; overconfidence is a powerful force. The optimistic entrepreneur will always believe that sales will skyrocket next year, and the aspiring singer will feel that she could be “discovered” at any moment. But certainly you have a better chance of reining in foolish decisions when those decisions are considered than when they are left unexamined.

Another strategy, beyond and measurements, is to use a “partition” as a tripwire. Imagine that you’re eating lunch in a sub shop, and you’ve bought a small bag of chips to go with your meal. When you ﬁnish the bag, you might still crave more chips, but to get them you’d have to make an active decision: to walk up to the counter and buy another bag. Almost certainly, you wouldn’t do that. However, what if the sub shop had provided chips in a refillable bowl, like a Mexican restaurant that brings out tortilla chips? It’s easy to imagine that you might have eaten two or three small bags’ worth of chips in one sitting.

In the terminology of the researchers Dilip Soman and Amar Cheema, the small bag acts as a “partition.” It breaks up a resource (chips) by dividing it into discrete portions. Soman and Cheema have found that partitioning is an effective way to make us more thoughtful about what we consume, because it forces us to make a conscious decision about whether to continue.

In one study, participants volunteered to help with a “cookie tasting study.” (Tough gig.) Every participant received 2 cookies in a box that was easily resealable to keep the cookies fresh. But inside half the boxes was a minor difference: Each cookie was individually wrapped in foil. That minor difference had a major effect. The people who got the unwrapped cookies finished them, on average, in 6 days. Meanwhile, those who got the individually wrapped cookies took 24 days! The foil wrapper was acting as a partition, forcing people to contemplate whether they wanted to keep going. (Which suggests that we might be able to help casino-addicted retirees by wrapping slot machines in foil.)

Actually, that slot-machine comment isn’t entirely a joke. In another study, participants gambled less when their funds were spread across 10 envelopes, rather than crammed into a single envelope. Soman also found that day laborers, paid in cash, dramatically increased their savings rates when they divided their wages across several envelopes. This kind of partition effect probably explains why credit cards encourage excessive spending—they permit us to spend without partitions, like eating from a bag of chips the size of your couch.

Some venture-capital investors use a variety of this partitioning logic. Rather than investing a huge chunk of money up front, the investors might choose to dole it out over time, across a series of rounds. Each round would initiate a new conversation: Do we have the right plan? Are customers happy with what we are producing? The partitions compel the entrepreneurs to be intentional about their behavior.*Note that partitioning is better suited to self-control-type issues, like saving money or resisting cookies. When you start thinking about how to implement the principle in an oﬃce environment, it can get a little weird. For example, imagine that you wanted your coworkers to be more thoughtful about their use of the color printer, so you created a “partition” that required them to click a button after every 10 pages printed. That kind of thing could lead to bloodshed very quickly.

What we’re seeing with these partitioning examples is an additional advantage of tripwires. Initially, we highlighted the useful way that trip- wires can snap us out of autopilot. But partitions are doing something different: They’re setting boundaries.

Boundaries are necessary because of people’s tendency to escalate their commitment to their choices. For a simple example, think of a kid playing an arcade game. She’s been on a zombie-killing mission, but she made a mistake and her character died, and now she must burn a few more credits to keep playing. It feels so hard to walk away at that point. She might have invested several dollars and 20 minutes to get where she was. If she walks away, she “loses” everything. Isn’t it worth a few more credits to keep going?

This is a conscious decision, not an “auto-pilot” choice. But there’s still a trap involved, because if she doesn’t interrupt the cycle at some point, she’ll burn through all her arcade money having never played another game. (And that is not a recipe for happiness.)

Imagine, instead, if that same girl had walked into the arcade with three different swipe cards (or piles of quarters, if you have an old-school arcade), and she men ally allocated one swipe card to the zombie game. That’s a tripwire. Its role is to disrupt the cycle of steady escalation. Once she burns through the first swipe card, she’ll feel some self-generated pressure to quit. And if she decides to break into the second card, it will “hurt” a bit, because she’ll know that she’s blowing through her mental budget.

This same budgeting dynamic is present in much more important decisions, of course. Think of romantic relationships or business investments. (We’ve committed so much already; isn’t it worth just a little more?) If you’re dating someone who has commitment issues, could you set a three-month tripwire to see whether you’re making any progress? Or if a project at work has stalled out, could you set a $50,000 budget limit on the funds you’ll use to jump-start it?

With the right tripwire, we can ensure that we don’t throw good money (or time) after bad.

Reprinted from DECISIVE: How to Make Better Choices in Life and Work by Chip Heath and Dan Heath. Published by Crown Business, a division of Random House.

Just Because It Works … Doesn’t Mean It Works

101 Stories of People with Day Jobs Creating Side Hustles

Why Ideas Are Not Enough (Or: How to Sell Out Like Iron Maiden)
© 2022 The Art of Non-Conformity | Site by Bytegrow Technologies