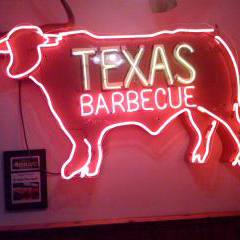 Later today I’ll be presenting the first public debut of The $100 Startup here at the SXSW Interactive Festival. If you’re around, drop by Convention Center Ballroom G at 5pm local time.

Afterwards, I’ll be signing my first book and giving away a few galleys of the new one.

First thing tomorrow, I’m heading back to Dallas and beyond for my last overseas trip of the spring. I’ll be going to Turkmenistan (definitely) and Sudan (hopefully).

Numerous earlier attempts at arranging a visa for Sudan have failed, despite the efforts of many helpful friends and readers. My latest contact promises that all is well this time, so I’m taking his word for it and flying to Dubai.

To get to Turkmenistan, I’ll travel through London and Istanbul. I booked a round-trip award on Turkish Airways to Ashgabat, where a contact has arranged a tour for me. Assuming all goes well, I’ll get to Sudan on FlyDubai, a budget carrier based in the Emirates.

In some countries, you can’t visit as an outsider without a good reason—so for both Turkmenistan and Sudan, I’m working with a local sponsor who is then responsible for me while I’m in the country. Having a sponsor can also be good for helping with logistics in case something goes wrong.

After this trip, I won’t have any international trips for at least two months, maybe longer. The upcoming book launch will keep me busy for all of April, and then in May I’ll hit the road in the U.S. and Canada to meet readers in at least twenty-five cities.

I went to Nauru, Vanuatu, and the Solomon Islands on last month’s trip through the South Pacific, an adventure that took me from 13 countries to only 10. Yep, I’m almost in single digits … and if all goes well this week, I’ll officially make the drop.

I still have a few countries that I’m worried about, but much to my surprise, it’s all going fairly well. As long as the good luck continues, in April 2013 I’ll be visiting Norway for my final country.

I’ve heard from a lot of people who want to come along, and I suspect we’ll have at least one big party. If anyone wants to plan to be in Oslo around April 5-10 next year, you’re welcome to join me.

I also plan to get my first tattoo to observe the occasion (some kind of map or globe), but you don’t have to join me in that.