I recently got an email from a reader who said the best thing about the manifestowas that it kicked him in the ass and made him get back to working on what mattered to him.

I laughed and wrote back, “No problem. We all need a good ass-kicking sometimes.”

That’s exactly what I’m going to tell you about today—why being kicked in the behind can be a significant benefit for your productivity and focus.

I recently thought back on the areas in life I am somewhat knowledgeable about. Specifically, I thought about working with groups, writing, travel, and generally finding my own way to do things.

There is a very long list of things I know virtually nothing about—home improvement, car maintenance, higher math, oh, it could go on and on—but in a few specific areas, I’ve earned some decent qualifications over the years. The funny thing I realized while thinking about this is that with each of the areas of relative skill, the process of learning has usually been somewhat painful.

More often than not, I have learned far more from failure than from success… and I suspect that’s true of most people.

Consider this quote from Teddy Roosevelt:

Far better to dare mighty things, to win glorious triumphs even though checkered by failure, than to rank with those poor spirits who neither enjoy nor suffer much because they live in the gray twilight that knows neither victory nor defeat.”

Getting your ass kicked is not only a result of serious failures. It also comes about through constructive feedback from people you respect.

In fact, the best leaders are the ones who regularly provide constructive feedback.

I haven’t ever had a real boss in the sense of having a real job, but I’ve worked with enough groups to know that there is a real leadership vacuum if no one is giving out constructive feedback.

If the band leader only says, “Nice job, guys” when everyone is playing badly, no one will ever improve. Instead, the undeserved compliment will reinforce a subculture of mediocrity. At best, the group becomes inefficient. At worst, the group falls apart because no one is holding up the flag of excellence and keeping people focused on the right goals.

Whether through failure or constructive criticism, ass-kicking reminds us we’re not alone in the world.

If people care about you getting your stuff done, that’s a good thing, because it provides effective reinforcement for the finished product. On the other hand, if no one notices or cares, you begin to feel as though you might as well not do it.

In my case, some days I am hopelessly distracted. The Gmail window is open, and I’m eagerly watching for any sign of the next message. There it is! Oh… it’s just a notice from a mailing list. Then I go over to CNN.com, which in many ways is worse than being completely uninformed, to spend more minutes reading the latest non-news.

This is called WASTING PRECIOUS TIME. I could be doing all kinds of productive stuff like writing and planning my world takeover. Instead I am reading the same things over and over and daydreaming about my Frequent Flyer miles.

(I also check the FailBlog, but that’s totally worth it. I swear.)

There’s a lot of you reading and sharing your own ideas through comments, emails, and other blogs, so I figured that you could be the best reminder of what I’m supposed to be doing.

So go ahead, hold me accountable… here are my goals for the next few months.

If I don’t do these things, you have full permission to kick my ass, online or off.

I thought about putting this section at the beginning of the article, but I decided if anyone was offended earlier, they probably wouldn’t make it to the bottom. So here it is, for those of you who stuck it out.

A lot of what I write is deliberately provocative. Some people appreciate this and others don’t—that is just kind of how it works. I wish I could tell you that there is room for everyone at the table, but trying to target everyone effectively means you end up targeting no one.

In most cases, I am the one who needs the ass-kicking most of all… but I suspect I’m not alone.

If the shoe fits, you know what to do. If not, I’m not offended if you find other sources of inspiration out there on the internet.

But for those of you in pursuit of your own significant goals, I’m writing for you. Do you agree that failure teaches more than success? What important projects are you working on that could benefit from a good, swift kick? 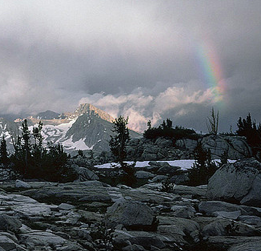 Creating and Living by Your Own List of Values

What Makes a Community?

Moving to Paris without Quitting My Day Job: A lesson in becoming a nonconformist
© 2023 The Art of Non-Conformity | Site by Bytegrow Technologies