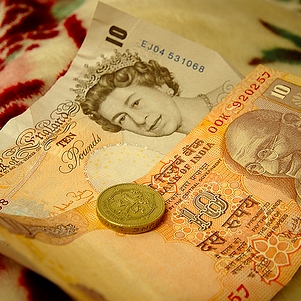 Over the course of ten years, I visited every country in the world, many of them several times.

When I first started writing about the quest, the most common question I received was, “But how do you pay for that?”

Since then I’ve tried to be very clear on how much it costs to travel—not just for me, but for anyone else. In this post, and in the follow-up on Thursday, I’ll outline my general response to travel and money.

Put simply, what do you value?

There’s a proverb that states “Where your treasure is, there will your heart be also.” I chose to value travel, and I chose to do whatever I could to support my adventures.

When I realized it would cost only $30,000 to visit 100 countries, I was astounded at how cheap it was. I didn’t have a spare $30,000 lying around, but I didn’t need to—I could simply pay as I went along, with the expectation that it would be several years (at least) before I came to the end of the goal.

$30,000 was well worth it for the joy and challenge of seeing half the world. The second batch of 93 countries was more expensive than $30,000, but it was still affordable when paid for over time.

Lesson: choose what you value, and direct your spending toward those experiences.

Frugality is a controversial topic, and for the most part I’m not a fan of telling people to pinch pennies. If you have a low income, you’ll never get rich simply by saving. You need to raise your income!

That’s a subject for another post (mostly), but I should also say that I adopted frugality, in my own way, for much of the quest. I used to be what I’d politely call “a cheap bastard.”

I wouldn’t buy anything I didn’t absolutely need. If a sandwich in the airport was $9, I’d go hungry. I used only public transportation and if that meant a spent an hour and a half schlepping my bags in the rain to a guesthouse because I didn’t want to pay for a taxi, so be it.

These weren’t always the most intelligent choices.

After skipping a lot of lunches and getting soaked by the rain in random countries, I created the $10 rule to inform my spending on the road: if it costs less than $10 and will improve my life, I purchase it immediately.

Nevertheless, I still tried to be intentional on my spending. I didn’t buy things I couldn’t afford. I stayed away from all kinds of debt. I saved money in some places to better use it in others.

Lesson: if you don’t have a lot of money, be even more careful about how you spend it.

In part two (coming on Thursday) I’ll focus on more practical tips, including some specific travel hacks that allowed me to pay a fraction of the cost for extended worldwide travel.

By combining the values of intentional spending with practical strategies to pay far less than most people for flights, hotels, and other expenses, the entire quest became obtainable for me—and travel can be obtainable for you, too.

Question: what about you? If you travel, how do you afford it?

The Easy Way to Earn Extra Points on Everything You Buy (No Annual Fee!)