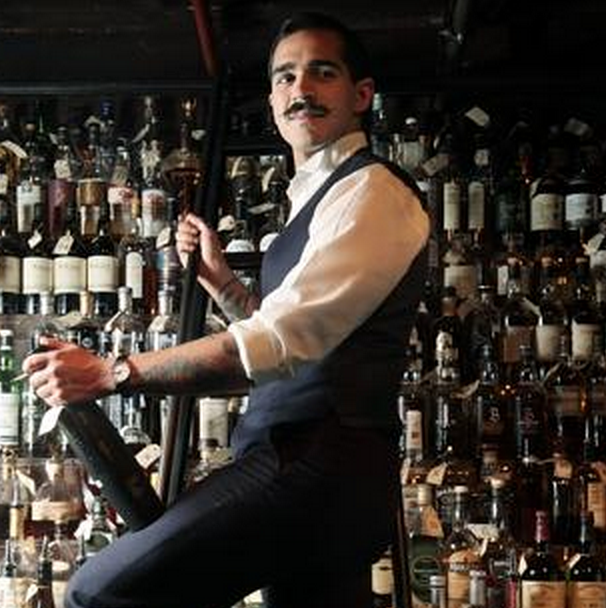 Searching for a great cocktail in Australia is a quest of its own. For most Australians, a cocktail means “gin and tonic” or “margarita”—they have great wines in this part of the world, but legit mixed drinks are hard to come by.

That just means you have to look harder, of course.

Last week I found a modern-day speakeasy hidden away in the Central Business District of Sydney. Locating the general area wasn’t difficult, but there was a trick to finding the speakeasy itself: I had to avoid an imposter bar located right outside.

The imposter bar looks fine from the outside. It’s a normal pub with the typical high-priced drinks of Sydney. (And I say that as someone who loves Australia—I just consider it a paradise tax.)

Something didn’t feel right about it, though. Before I entered the imposter bar, I looked to the right and saw a bunch of well-dressed people exiting from a basement area. An official-looking gentleman stood outside, saying goodnight to the people walking out. Hmmm.

And that was it—the speakeasy was hidden on the other side of the entrance to the imposter bar. I walked down the stairs and into a much more interesting place. Sure, the drinks were still expensive, but the bartender knew how to make more than a gin and tonic. I had the feeling of making a discovery, finding something slightly off the path.

On the way out, I talked to the guy who was keeping watch and asked about the other bar. “There’s no relationship,” he said. “I’m pretty sure they get a lot of business from people who think they’re coming to our place.”

Next time you’re in Sydney, don’t take the obvious choice; look for the real deal. And in life, too—sometimes you have to hunt around a bit to avoid the imposters.