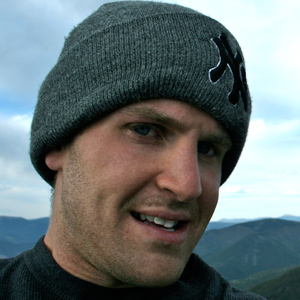 Dotan Negrin likes a challenge. Three years ago, he started taking his upright piano with him everywhere he went. Here’s how he tells the story:

Home is New York City, but in 2011 I impulsively quit my job to discover a new way of looking at my life: through the lens of music around the world. I used all my savings to buy an upright piano and box truck, and I hit the road. It’s actually cheaper to live this way than to pay rent in NYC.

For one year, I traveled the United States. I came home in debt, but making money was never – and still isn’t – the point. I saw that year as a success. I met thousands of people, made 4 TV appearances (which I never imagined!) committed myself to keeping a blog, and fell in love with an entirely different lifestyle.

That said, I’ve thought about quitting this way of life more times than I can remember. Loving something doesn’t make it easy. My father still wants me to get a “real job,” and I’m often divided between making money and continuing to do something I love. It’s funny – on the worst days, the ones where I’ve cried my eyes out thinking about leaving this behind, I’ll get an email from someone who tells me I’ve inspired them to change their life. And then it’s impossible not to keep going.

Support from people I meet on the street is key. Celebrities have posted photos of me, people have invited me to play at their homes and private events, and I was even on Wolf Blitzer’s The Situation Room because of a stranger I met. These connections have fueled me – and often fed me.

Like the time I spent my birthday with six total strangers I met on the internet in Madison, Wisconsin. They let me stay at their home, and even bought me a cake. On a side trip to Oaxaca, Mexico I met a chef and bartender who let me stay with them. A few days later they took me on an exclusive tour of Mezcal distilleries and helped me get local gigs.

One of the greatest moments of my life happened because I met a drummer in Portland, Maine. He invited me to his family reunion. I had dinner with three generations of musicians and aficionados, who then invited me to come to the local bar to play. There, I had my first experience playing with a full band in front of 100 people dancing away, loving and living. It was incredible.

I didn’t know piano playing was a goal of mine. I didn’t even learn to play until I was 19, and when I hit the road I was in no way ready to start performing. But I did it anyway because I realized the biggest thing standing in my way from living an extraordinary life was myself. Once I became determined to live differently, it was impossible not to.

Keep up to date on Dotan’s quest at Piano Around the World, or on Twitter at @pianoaround.

Exploring Global Subcultures from New Orleans to Tokyo: On the Road with La Carmina

“People Are Seen As Part of Your Wealth”: A Quest to Interview 365 Strangers
© 2022 The Art of Non-Conformity | Site by Bytegrow Technologies