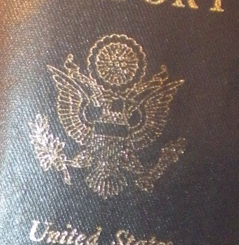 A few years ago in West Africa, I had to travel overland between Benin and Nigeria twice. This border crossing is known as one of the most corrupt in the world, and it certainly met my expectations for entrepreneurial activity among the numerous officials.

From the moment I entered the Nigerian side, I encountered at least ten requests for bribes. The first one was pretty straightforward—a soldier took my passport, put it behind his back, and asked, “What do you have for me today?”

I thought that was pretty considerate. No need to waste time with formalities or explain the technical details of why you need to pay up.

I told him I had a visa that I had already paid more than $100 for. Because the visa was so expensive, I said, regretfully I had no more money to pay at the border.

He let me go, and I had similar encounters with the next five or six guys. (I’m not exaggerating.) In each encounter I managed to get away without paying anything, which I considered to be a great success. They were clearly trying to intimidate visitors, reasoning that many of them will pay at least something to get through unobstructed.

That experience caused me to think more about passport stamps and visas. I’ve come up with a theory that you can learn a lot about a country by observing what they put in your passport.

Here are 13 examples from my own travels (click to enlarge any image):

Belgium, Denmark, Holland, etc. – All very easy. They don’t take up much space, and most European Union immigration guys will happily stamp wherever you tell them to. Even better, for U.S. passports they often won’t stamp at all, saving up needed space for later. Sometimes I’ve even been waved through as soon as they see the passport, which I’m not sure is the best security, but I shouldn’t complain about quick immigration.

China vs. Taiwan – Military efficiency for the country that attracts more visitors than anywhere else in Asia. It’s now possible to get a visa on arrival in China, but most people do it in advance through the embassy. In Taiwan, on the other hand, they fall over themselves to attract visitors to the small island. There is no visa requirement for most Western countries, no questions at immigration, and no fees whatsoever. In other words, they’re desperate.

New Zealand—It’s in the upper left corner, surrounded by more Brussels stamps. Kiwi immigration is efficient but strict. It’s one of the few Western countrieswhere I’ve had to explain in detail what I’m doing in the country, where I’m staying, and so on. They even asked to see my credit cards and return plane ticket. To make up for all the intrusion, once you are finally released from immigration they offer a free cup of coffee to all new arrivals.

Vietnam – I had to send off my passport to Washington, D.C. for this one, which I never like doing, but it worked out okay. $60 and a week later, I had an invitation to visit The Socialist Republic of Vietnam. Arrival and departure was easy, and no questions were asked. I think Vietnam is on the up, and I won’t be surprised if they make the visa process even easier in the future.

Burma (Union of Myanmar) – This one looks a bit like the Liberia one (see below), although not quite as bad. I had heard some bad stories about traveling through the capital of Rangon, but when I went there in 2006, everyone in the airport was on the verge of falling asleep, even though it was the early evening. Of course, life is not as good for most of the Burmese people, with the ruling junta preserving their power by domination over the population.

South Africa – It’s kind of like the United States – I love the country, but don’t enjoy the immigration experience. I went in and out several times one summer, and each time I waited an hour before they used up at a full page in the passport. I tried to get them to use the same page once, but my request was unheeded. Perhaps next time.

Pakistan – I arrived in Pakistan without a visa, and the immigration officials were shocked. “How did you get on the plane?” they asked. (Airlines are not supposed to let anyone board without proper documentation for the destination.) It was a long story, and it took a long time to explain it. In the end, I received the first business visa to be given to an independent traveler in 28 years — or so they told me. I was grateful.

Guinea – Here we start to run into problems. Check out this well-stamped visa from La Republique de Guinee. It’s a stamp-happy country. Countries like this are inefficient at best and terribly corrupt at worst. Contrast this approach with Benin, which clearly presents itself as a more organized country just by the visa.

Zimbabwe – I received this one at the Zambia border crossing. (By the way, Zambia was quite organized.) There was much confusion at the immigration office, with my driver first telling me that he could get the visa himself so I wouldn’t have to get out of the car. Great, I said. But then he came back out a few minutes later looking defeated. I went in, paid $10, and eventually got this nice piece of paper in my passport. Before I left a few days later, I paid one million dollars for a Diet Coke at the Victoria Falls Hotel.

Syria – The Syrian consulate in California gave me the hardest time about my visa. At first I was turned down without explanation, and when I called to scope it out, the guy informed me that I had made seven errors on my application. Seven errors? Yes, he said. For example, I wrote “0” under “Number of Dependents Accompanying Me,” and I needed to write “NONE.” I realized where this was going.

By the way, he told me in passing, the cost has gone up $40 in the past week since I had applied. What the hell? Anyway, I had no choice. I sent him $40 and miraculously, all seven errors were cleared up. I got the visa and went to Syria.

Egypt – Not sure what’s going on with all the stamps and Arabic text, but this should have been my first clue that Egypt is not only a land of ancient mysteries. I received this one on arrival, in payment for $10 (not $15) at the counter. I guess I should be thankful for the $5 discount, but at the time, I was mostly confused.

Kosovo – This one is very interesting. Depending on who you ask, Kosovo either is or isn’t a sovereign country yet. If you ask the U.N., the answer is yes — sort of. At least, the United Nations Mission in Kosovo (UNMIK) offers their own immigration service.

BUT, be careful — the Serbs do not recognize Kosovo’s independence, or UNMIK’s presence for that matter. To go from Kosovo to Belgrade, you have to go back out the way you came and take a different bus. Otherwise, you’ll be thrown out of the country — and which country you’re being thrown out of depends on where you interpret yourself as being. Not for beginners!

Liberia – I think they’ve gotten better since then, but this one is absolutely hilarious. This is the first visa I received to visit the republic of Liberia, way back in 2004 and only shortly after a series of long civil wars had ended. The cost for this homemade sticker? $75 U.S., payable in cash only. The best part was when my friend took our passports to the embassy in Freetown, Sierra Leone to get the visas. Upon handing over the cash ($75 x 4, or $300) the man simply put it directly into his pocket with a smile.

We said later that if we had known the money wasn’t really going to the state, we would have tried bargaining for our visas. “How’s $40? Would $40 work for you?”

Our second idea was to start up our own operation printing Liberian visas, and charging a discount on the $75 official rate. We could then give the profits to a number of Liberian refugees we knew. As much fun as this would have been, it’s probably good that we didn’t go much further with that particular microenterprise project.

From Albania to Zimbabwe, I’ve been a lot of places so far. But from Andorra to Yemen, there are still a lot that remain. As I continue my journeys throughout the next four years, I’ll pay close attention to the stamps and visas that I accumulate in my thick passport.

My New Travel Hacking Goal: Book an Apartment at 30,000 Feet

How to Travel to Rogue States and Other Interesting Places