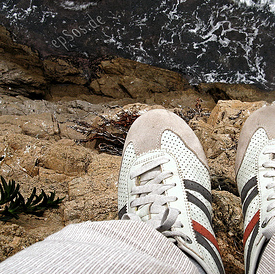 One of the questions I’m repeatedly asked in interviews is, “Aren’t you afraid of all the dangerous countries?” It’s usually followed by questions like “What’s the worst thing that has happened to you?”

Despite 100 interviews over the past three months on book tour, I’m still not very good at the soundbyte. I have countries that try to deport me upon arrival and countries that write an official government response to my frustration at their bureaucracy. In a decade full of active traveling, I’ve also had a few more serious problems as well.

But the list of truly dangerous places in the world is quite short—maybe 5-10 countries. Meanwhile, there are 180+ other countries that are not dangerous at all, at least no more than the country I live in.

That’s why I think it just becomes a choice of what to focus on. Why focus on the negatives, which are often exaggerated, in lieu of the positives?

Well, there are actually two reasons. Firstly, we tend to focus on the sensational and the dangerous, rare as it might be. A few sensational anecdotes outweigh hundreds of “I went to this place and it was about what I expected.” And secondly, choosing to focus on the negatives gives everyone else an excuse not to pursue a big dream. “Look what happened to him… better to stick to the world I already know.”

Remember, if you’re looking for an excuse not to do something, you won’t have to look far. Playing it safe is rarely a choice that is mocked—everyone understands. Everyone gets it.

So when people ask about dangerous places, I always try to shift the conversation and say, well, sure, in more than ten years of travel to 151 countries, there have been some low points. That’s how adventure works.

But more importantly, good things come from adventure far more often than bad things. As mentioned here, there are plenty of people who will feed into your fears and worries by talking about danger and why you should stay in your perceived safety net. Over here, you get the opposite message: TAKE THE LEAP!

To where are you leaping?

“Do You Travel for Work?”

Race to the Airport