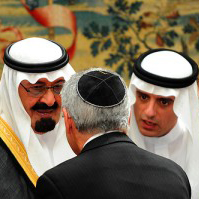 Wherever I go, I meet a lot of interesting people, but this doesn’t usually happen the way you might assume.

More often than not, I don’t meet anyone through a careful effort to be social (I’m naturally introverted) or through any deliberate attempt at tourism. Instead, it just happens while life is underway.

Here are a few of my recent encounters.

On a flight from Miami to L.A., I sit next to a famous actress. I get the idea that she’s someone special, but since I don’t watch TV and only see occasional movies when on planes, I don’t recognize her right away. As we talk, she tells me the name of the show she’s flying out to work on. We talk for most of the six-hour flight about all kinds of things. She gives me career advice and I tell her how Twitter works. Her work takes her around the world, and we chat about the places we have in common.

I get home and look her up on Wikipedia and the IMDB site. I discover that she really is famous! She’s been in hundreds of movies and shows, including a few that I’ve actually heard of. Oh, and that show in L.A.? It’s one of the most popular ones on network TV right now. I’ve seen the ads, but I’ve never seen it. Now I know someone to look for.

Far away from Texas I meet a Texas oilman, who faithfully replicates ever stereotype I have in my head of what a Texas oilman is like. Over the course of a 30-minute conversation, he tries to sell me on various business opportunities that he is sure would improve my traveling lifestyle. Believe me, the conversation goes on about 25 minutes too long, but I’m trapped. My favorite part comes when he tells me about “this new technology” that allows me to call home from wherever I am in the world. “Uh, Skype?” I say.

No, this is something else and it’s much better, he says. And it only costs $29 a month after the initial $149 setup. He can hook me up with an even better deal if I want. “Uh, Skype is free?” I say.

Yes, but you can do video calls with his service, he says. “Uh,” I start to say, but then I realize that I need to let it go. I dutifully give up. Life is short.

Whenever a new conversation turns to work, I tell people I’m a writer and I get one of the following reactions:

*General interest. “Oh, that’s interesting. What do you write?” I think this is the most normal reaction. We have a normal conversation and talk about things that are usually somewhat related to something I write about.

*Superstar. I’m a hero! I can do no wrong! These people think I’m like John Grisham or Stephen King. “I read books,” a woman in Atlanta told me once, presumably on the grounds that this was an interesting fact. “Me too,” I said. “I guess we have something in common.”

*Deep suspicion or disregard. This attitude tends to come from people who have odd views about work, and tend to look down on artists in general. They ask where my sponsorship comes from and say “must be nice” when I say I’m independent. (Hell yeah, it’s nice. I make it happen just like every other successful writer I know.) “It’s good you can do that kind of thing when you’re young” is another comment that falls in this category. Thankfully, these kinds of reactions don’t come up that often.

*Absolutely no curiosity whatsoever. This, to me, is the strangest reaction. About 10-15% of people will just say “Oh” and then go on talking about whatever kind of work that they do. I don’t mind this, I just think it’s odd. To each his own, I guess.

My Friends at Miami Immigration

When it comes to immigration and passport checks, these fall into the same general categories as talking about being a writer. On my last trip, I go in and out of MIA three times. The second time I get an immigration guy who is genuinely interested. “How does it work? How many countries are there? Do you have a web site?” he wanted to know.

Well, yes. I do have a web site, actually.

I give him my card. A few days later I show up again, back from another flight to the Caribbean. He doesn’t recognize me at first, but then I hand him the thick passport. “Oh, hey!” he says, then turns to his colleague at the next booth. “Joe, this is the guy I was telling you about. He’s going to every country in the world.”

I smile. It’s good to have friends who work in immigration. I’ll probably get detained at some point, but I don’t think it will be in Miami.

In Ulaan Bataar, Mongolia I discover that almost every car is a taxi. Someone explains that you simply stand on the side of the road and wait for a driver to pull over. You tell the driver where you’re going, and chances are he’ll take you there in exchange for a small payment. After wandering the streets on my last day, I check out of the hotel and take my bags down to the street. Sure enough, a guy pulls over. He speaks no English, but waves for me to get in. I get in and make the universal sign and sound effect for airplane (it involves saying “Whoosh!”).

He repeats the gesture and the whoosh, but the airport isn’t that close, and he wants to make sure he gets it right before we drive off for 20 miles. I point to my bags in the back, make another airplane gesture, and this time I try to make the sound of an airplane taking off. It sounds like nnnneyrrrrrr for a long time down the runway.

He repeats it, I nod, we both laugh, and we take off. Since we don’t share even a few words of the same language, there’s not much to talk about on the way. He’s a good driver, though, and I look at pictures of his children that he shows me when stopped at intersections. The drive takes a while, and I’m wondering how much I’ll need to pay him at the end. I’ve already spent most of my local currency, and have less than $5 left in my pocket.

When we come to the terminal, he holds up eight fingers, which I understand to relate to eight hundred tugrik, the fun currency of Mongolia that has Genghis Khan’s profile on the notes. I have exactly seven hundred left, and offer it to him with the universal is-that-OK? look while making the universal empty-pockets gesture. He accepts, shakes my hand, and waves me off. Good times.

I meet fellow independent travelers from all over the world. In Damascus I travel with a couple from Toronto. We take the bus over from Beirut, hop in a taxi on the other side, and get set up at a hostel. There’s only one room, so I stay with them. Thanks, guys. At 4:30 a.m. on the third day I get up to go to the Damascus airport and don’t meet with anyone, presumably because it’s tiny.

In Eastern Europe I meet a Macedonian couple who used to live in New York. “We like being back at home,” they say, “but we really miss Dunkin’ Donuts.”

In the Dhaka Sheraton I meet a pair of West African gangsters. I ask what they are doing in Bangladesh and one of them says, “It’s not fit to discuss that here.” I get the hint and say goodbye after waiting a few more minutes to be polite.

The Lesson: Don’t Worry, Be Yourself

When I first started traveling independently, I used to worry about arranging things and going out of my way to meet people. Somewhere, somehow I had come to believe that I was supposed to do it that way.

I let go of that worry several trips ago. Now I just do what I want, and often that involves being by myself, writing in coffee shops, or just wandering around. Even if I don’t do anything formal, things tend to come up naturally – from hotel lobbies to Mongolian taxis. The precise balance between planning and spontaneity is something best left to one person to decide on: yourself. Whatever you choose, you’ll probably appreciate it more than if you try to fulfill someone else’s ideas of what your adventures should be like.

Speaking of adventures, this week I’m visiting family in Park City, Utah. I hope you’re well wherever you are.

Every Country in the World