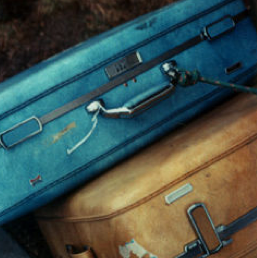 As part of my annual review series, I’m looking back at everywhere I went in 2009. It’s a long list!

Let’s kick it off with an observation that’s either interesting, awesome, or troubling (I can’t decide which): when I started writing this post, I had trouble remembering all the places I went this year. I had to go back to old calendars, itineraries, boarding passes, and even my much-loved passport to figure it out.

For better or worse, I certainly got around the world a few times. In rough chronological order, here’s everywhere I went in 2009:

Additional transit stops were made in airports such as YVR DEN FRA ICN LGA ATL POS LAX LHR (and so on) Last year’s list, if you’re curious, is over here.

Since I’m overseas so much, I try to keep domestic trips to a minimum. This year I made it to New York City, Washington, Los Angeles, San Diego, Austin, and Salt Lake City, but the rest of the time I stayed home in Seattle (January and February) and then Portland (March-onwards).

Even though I don’t like trips at home as much as trips abroad, I’m beginning to see the need for more domestic travel for various business meetings. Next fall will also have a substantial amount of domestic travel for my book tour, but we’ll cross that bridge when the time comes.

Fun things (and misadventures) happen almost everywhere I go, so you’d have to read the whole year’s worth of travel archives for the whole story. I’ll assume you won’t torture yourself that much, so here are a few highlights:

Friends and Readers Along the Way

One of the fun things about my unconventional life is the chance to meet friends and readers in various stops along the way. This year I met up with Rachael in Amman, Daniel in the Dominican Republic, Naomi in England, Ryan y familia in Lima, Emily + crew in Santiago, Haider in Kuwait, Sarya in Cambodia, Cody + Dwight + Brooke in Bangkok, and Sondra in Rarotonga.

(These meetings are in addition to the bigger group meetups we’ve been doing — so far in Portland, Los Angeles, San Diego, New York, and Washington, D.C.)

The Quest to Visit Every Country

The total number of countries visited is now 122. I use the U.N. standard, not one of the inflated lists that includes various islands and other “non-countries.” By the inflated list standard, my total would probably be around 150.

So far along, but yet so far to go – the closer I get to the goal, the harder it becomes. Looking ahead to the travel plans for 2010 will require a completely different post (coming in early January), based on at least a dozen hours of plotting itineraries.

How Much Does It Cost?

As best as I can tell from bank withdrawals and credit card statements, all of these trips cost approximately $16,500 this year. Whenever I write about money, I’m always hesitant because I know that some people consider this kind of spending extravagant. For me, any kind of spending is about making deliberate choices and understanding what I value.

Anyway, I was actually afraid of tallying it up for a while, but now that I look at the list and remember all the trips, I’m pretty happy with $16,500. I expect the annual bill may go up a bit more as Round-the-World tickets keep getting more expensive and I have to get to more and more remote destinations, but I’ll just try to keep making progress by taking it one country at a time.

Another guy I know who went to every country in the world spent nearly a million dollars after selling a successful business. I don’t begrudge his success or think he’s a bad guy for doing it that way, but I’m also happy that my total travel spending since I started the journey around country number 50 is still way under $100,000.

On Travel and Tiredness

When I read through the above list now, it all looks overwhelming. I always point out to people who ask that I’m actually home for much more than I’m away, and this fall I even stayed in the country for two full months so I could finish writing the AONC book.

Most importantly, though, I’d rather be tired doing something I love than be perfectly healthy and well-rested by not pushing myself so much. It’s just who I am, and I wouldn’t have it any other way.

QUESTION: I’m going to ask where you’ve been this year, but I know
that some people are going to feel like their list isn’t as exciting as mine. Please allow me to preempt this statement if possible: IT’S OKAY. 🙂

First, I’ve been doing this for a while, and I know that not everyone is as travel-crazy as me. Second, our group is diverse and international. Some people travel a lot, some travel a little, some live abroad, and some stay at home all the time. It’s all good.

So … where have you been this year? 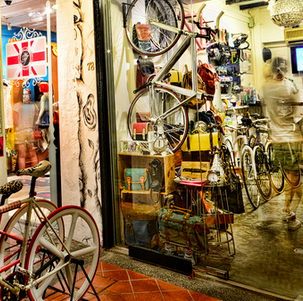 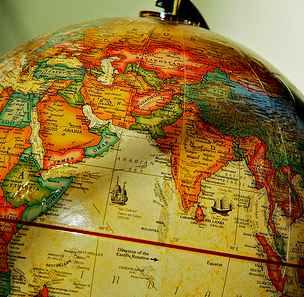