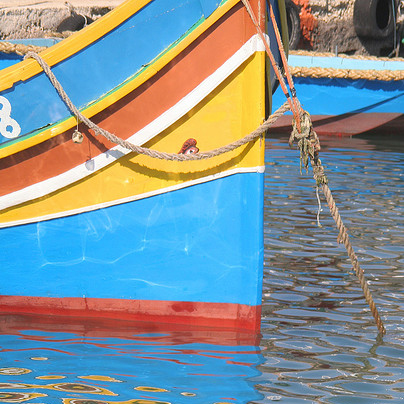 Greetings, everyone. I’m finishing up my latest trip to Africa, and I hope you’re well wherever you are.

Below is the first part of the 2011 Annual Review. Two notes on this year’s series: first, at the end of each post over the next few weeks, you’re invited to leave your own response.

Second, we’re compiling a list of other people who are doing their own Annual Reviews at the same time. If you’d like to share yours, include a link to one of this year’s AONC posts. Our system will automagically pick it up, and we’ll share a few highlights from several blogs at the end of the series.

As explained in previous posts, the review focuses on looking ahead to the next year, but I first spend at least a day looking back on the year that’s ending. I start with two simple questions:

Answering these questions is an easy way to begin the process of being intentional about your choices in the forthcoming year. In case you’re curious, some of my answers are below.

I wrapped up the 63-city Unconventional Book Tour by visiting every province in Canada. (A brief, simultaneous attempt at visiting every Tim Horton’s in Canada was sadly unsuccessful, though not for lack of trying.)

I finished writing THE $100 STARTUP, my second book. The project involved interviewing hundreds of people and distilling their lessons into a giant research project that eventually became a 70,000+ word book. Naturally, it was a ton of work, but I’m excited to get it out to the world in May 2012.

Business work was great. Despite having only one major product launch this year, the Unconventional Guides business still grew more than 40% from 2010. (I’ll share some specific business lessons in the next post.)

I made it to more than twenty new countries, bringing me closer to the goal of going everywhere. (I’ll do a whole travel roundup with specific notes next Thursday.)

Together with a strong Portland team, I hosted the inaugural World Domination Summit (WDS). Even though we expected good things, it’s safe to say that WDS exceeded all high expectations. With 70% of year one attendees paying in advance to return—when we didn’t even know the date, the speakers, or the program—we felt confident that we were building good things. Several attendees said it didn’t feel like a conference as much as a gathering of friends, and that was our intention from the beginning.

To be clear, I’m not taking credit for almost any of this. The attendees, speakers, and team were the ones who made our inaugural event extra-awesome. I’m extremely thrilled to be a small part of it, and looking forward to the bigger-and-better sequel next year.

Earlier in the year, Jolie and I moved to a new home in Portland. We’re still in the same part of the city and remain carless by choice. Our furry companion, the Liberator, is still responsible for comment moderation on the blog, and has recently taken on new duties of attacking Christmas trees, causing them to crash on the living room floor and frighten the neighbors.

Traveling 200,000+ miles a year takes its toll, but I remained in relatively good health for most of the year. All told, it was a great year, and I’m grateful for all the adventures.

Thinking about what did not go well is the more important part of the review. Overall, the year was fantastic, but how can I improve? Where are the cracks in the wall?

LIMITED SCALING. 2010 was the year of scale and reach, but it seems I can only scale so far. I’ve encountered this a few times in my work over the years—I can easily build a business or project to a certain level, but have difficulty going further.

I suspect part of the problem relates to a deliberate choice of preferring to do a lot of things instead of focusing on one specific thing. I do see this choice mostly in positive terms, but perhaps a negative is that I’ll remain limited in the degree of growth I can achieve. I’m still thinking about this, and haven’t figured it out yet.

TRAVEL FATIGUE. Overall, another epic year of travel was great, but I also began to long for a time when I can travel more freely, and perhaps less intensely. During October’s trip, I flew 11 segments in 14 days, mostly through Africa on random airlines. Then for last week’s trip, I did it again: 10 segments in 12 days, all in Economy class, mostly in Africa with multiple flights at unfortunate departure times such as 3am. I have fairly good travel stamina, but over time, such a schedule does wear me out.

When I got stuck in Australia, I was initially disappointed about not going to Nauru, but then I found myself with three days to spare in Sydney and I had one of the best travel experiences of the whole year. I don’t want to do only “easy” travel, even after I complete my quest, but if I could limit all the intra-Africa flights and 3am departures, I’d be happy. I’m looking forward to that in another year or so.

LIMITED TEAM-BUILDING. With the exception of WDS, I don’t have much of a team in my business work. Reese is a wonder designer who devotes much of her time to all things AONC, and I often leave her waiting on things. Sean does a good job working with our affiliates, but I don’t give him much to work on—which is entirely my fault.

This relates to my earlier problem … the question of scale. What am I trying to build here? In some areas of my work, like book publishing, travel, and WDS, I feel it’s fairly clear. In other areas, though, I find myself hindered by my own poor delegation or decision-making skills.

SMALL THINGS. A few small things fell through the cracks. I hand-wrote 500 cards to each WDS attendee earlier in the year, but I didn’t send holiday cards to all 8,000 Unconventional Guides customers like I did last year. The profile series on AONC is badly in need of updating. Our charity project in Ethiopia continues to raise funds, but I haven’t done much to promote it or completed the site visit yet. (I know that Charity: Water continues to do great work there, so I’m not worried—but I also know that the project could be more substantial if I invested more time with it.)

When I think about what’s happened thus far and what I want to do next, the simple answer is that I want to do something that matters. I want to make a positive contribution to the world. These are fairly basic motivations, perhaps, but I find them highly motivating.

Overall, my biggest concern is that I remain motivated. As I wrote in The Tower, I want to wake up every day feeling excited about what lies ahead. When I end the day and go to bed in South Sudan, where I’ve been recently, or wherever I am in the world, I want to look back and remember something I made or contributed to.

This sums up what I’m feeling in the final days of 2011: on track, doing well, still motivated to continue, but wanting to make sure I’m doing the right things.

With that in mind, I’m planning to make a few adjustments in how I write for AONC. Next year I’ll actually be writing more, not less, but in a slightly revised format than the one I’ve used since 2008. Of course, I’ll still keep on track with my commitment (3 years and 10 months without missing a scheduled post so far), but I want to make sure it remains an engaging experience.

I’ll share more about that and other plans as we go through this series.

Feel free to share some responses in the comments if you’d like, but more importantly, answer the questions for yourself.