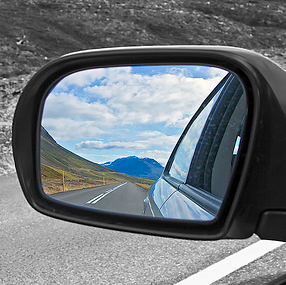 After a great time with a fun group in Seattle last night, I drove down through Washington and crossed over the Columbia river … hello, Oregon—also known as state #50 on the 50-state book tour.

States #1-49 are now complete, and tonight is the grand finale at Powell’s in Portland.

Since time is short and the year is long, I started thinking ahead on the Annual Review even though I don’t leave for the actual trip until tomorrow. As explained in previous posts, the review focuses on looking ahead to the next year, but I first spend at least a day looking back on the year that’s ending. I start with two simple questions:

Answering these questions is an easy way to begin the process of being intentional about your choices in the forthcoming year. In case you’re curious, here are some of my answers.

Last year I identified 2010 as the year of scale and reach. In previous years I had the Year of Convergence, the Year of the Revolution, and the Year of the Cantaloupe (long story). In 2008 I started AONC and built it to a respectable level in the blogging community. 2009 was also a good year… I wrote the book and transitioned to working on AONC full-time. With 2010, I wanted to take what was working and make it better—thus the theme of scale and reach.

This theme held true from start to finish. In the first half of the year I focused on international travel and growing the side business to a more sustainable level. The launch of the Empire Building Kit, first on an epic train ride with my friend J.D., and then a month later with 40 affiliate partners, was a big stepping stone in this process.

During the second half of the year, I focused on the book launch and related 53-city book tour to every U.S. state and a few bonus stops (to be followed by a Canada tour in January). Both of these projects have taken the community to a whole other level, and I’m thrilled that they have been received well. I’ve wanted to write a book for at least five years; to hold it in my hands and (even better) hear from people who have enjoyed reading it is extremely rewarding.

The other interesting thing is seeing that when you take the time to build a strong platform, as I did in 2008 and 2009, the platform eventually becomes self-sustaining and one thing tends to feed into another. (I’ll explain more about this in the Business Lessons post, coming next week.)

Our Ethiopia project has raised more than $70,000 so far, including a big donation of $24,000 that came from one blog post a couple of weeks ago.

I hosted the $100 Business Forum with my good friend Pam Slim four times. Our Facebook community grew to more than 17,000 awesome people. Everywhere I went, I tried to meet with friends from Twitter and elsewhere.

I gave talks at TedX Carnegie Mellon and several colleges. I feel like I’m improving in my speaking (it helps to give 53 talks in a row and 50 radio interviews in a month) and am looking forward to doing it more next year.

I formed an action team for next year’s World Domination Summit and opened registration. More than 375 people are now registered from 13 countries—I expect we’ll sell out of the remaining tickets in the next 30 days, nearly six months in advance of the event.

Last but not least, as I was writing these notes, Jolie reminded me that I’ve become much more relaxed about big things than I used to be. I used to feel stressed and need several days to prepare for a major activity or event—this year, I didn’t have that luxury, and ironically I think it helped me to feel more comfortable in overcoming my fears. If you’re nervous about speaking, it helps to give 53 talks in a row. Forced deadlines also help—I had only one big day in April to launch the Empire Building Kit, and I know if I had more time, I would have taken it and it might never have happened.

What Did Not Go Well

Overall, the year was fantastic. I’m extremely grateful, and the notes above are just a small selection of highlights. I can trace “what did not go well” to a few things: health, more back-and-forth travel than usual, and a growing tension between conflicting interests.

Because of the travel, and especially the 53-city tour, my diet and exercise definitely saw a significant decline. I used to run marathons; now I run six miles and consider that a major workout. Early in the year I had planned to attend a weekly yoga class; I stopped going after a few months. There were a number of evenings on book tour where I had only vodka and almonds for dinner, usually around midnight back in my hotel room (and then I often had to get up at 6am or earlier to shuttle to the airport—I was definitely one tired non-conformist at a few stops on the tour).

By comparison’s sake, I’m still relatively healthy. I’ve been vegetarian for more than three years, I don’t smoke, and if I fail to exercise for more than a couple of days, I start feeling anxious. But comparison is the key word—if I compare myself now to myself a couple years ago, I know I was in better shape then.

I spent a lot of time away from home in 2010, which was good for my adventures and career, but wasn’t always easy for Jolie or even my own emotional well-being. I don’t travel as much as some people think; I’m actually in Portland more often than I’m wandering around the world. But it’s true that I was away more than usual this year, and I don’t want to pretend that it is without consequence.

Challenge for the Future

I’ve also begun to experience some minor tension between conflicting interests that I’m not sure how to resolve. I sometimes say that I’m a “maximalist” who wants to do everything. My strategy in growing AONC has been “say yes to everything,” and this strategy has served me well for the most part. But try as I have, I’ve learned that sleeping only 4-5 hours a night on a regular basis doesn’t work well for me.

Perhaps a story will help to illustrate this dilemma. Last week I was in Alaska and Hawaii for the tour stops, and I flew home to Portland for the weekend before heading out again. The next stop was in San Francisco, but before going there, I went to Milwaukee to give a talk at an author summit hosted by the great team at 800-CEO-Read.

During my weekend at home before heading out, I heard about a concert I really wanted to attend. I thought the concert was happening while I was still home, but alas, when I checked further I discovered it was on the Monday I had to fly to Milwaukee. I felt sad to miss the concert, I knew I would likely be even more sleep-deprived than usual by the time I made it to San Fran, and a big part of me really wished I could skip the extra trip—but I had already made the commitment, so of course I went.

The interesting thing—and therefore the challenge—is that I really liked the group I met in Milwaukee. They were fun people, I learned a lot from them, and I felt like I was able to contribute something as well. That’s why I know the answer to this dilemma isn’t simply “take on fewer work commitments”—because I greatly enjoy the work I do. I had a meaningful day at the author summit and was glad I had made the trip. I was still sad about missing the concert, but also happy to meet other authors and be a part of the event.

In other words, I didn’t want one or the other; I wanted both. This dilemma caused me to think more about this post I wrote earlier this year. Some people can answer the dilemma by saying “eliminate what’s not important”—but what if you’ve already done that? I went to San Fran and was sleep-deprived for a couple days, but I got to talk at Google and then had another fun event that night in the city. I don’t regret the trip at all, but I wonder if next year I should try to go to a couple more concerts.

At any rate, this isn’t a settled issue, so I’ll be thinking about it more as I plan my next year during the review. But first, to Powell’s tonight for stop #53 of the 53-city U.S. tour. We made it, everyone! Every single state, and a few bonus stops along the way. Thanks so much for being a big part of this.

Feel free to share a few highlights or lessons learned.