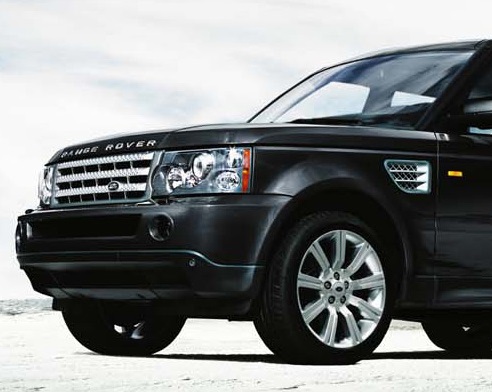 Traveling between Budapest and Prague in the summer of 2004, I suddenly realized how comfortable I felt with the process of moving from place to place. I was 26 years old and beginning to travel independently. It no longer felt strange to fly between continents or change currencies three times in a week.

Adding up my adventures up to that point, I found that I had been to about 35 countries. Nearly a third of them were in Africa, and I knew I’d be going to at least 5 more over the next year.

That same summer I began writing out my life goals for the first time. As part of the list, I decided to set a goal of visiting 100 countries sometime before I died. At the time I thought that was a fairly ambitious goal, which is funny considering what I decided to do later.

When I set goals, I like to map out what they will cost in terms of time, money, and other resources. I did the math for my 100 countries goal while riding through Slovakia. Considering I had already visited about 35 countries, and factoring in flights, lodging, visas, and incidentals, I tried to set a budget for what the rest of the adventure would cost.

This kind of travel goal can be hard to budget, because some countries are relatively cheap and others are expensive. For example, it cost me only $25 to get to Luxembourg when I was already in Belgium. Done. The same is true of lots of small border countries—once you’re in Denmark, Sweden is easy. From Singapore you can visit Malaysia in a day.

But other countries, of course, are a lot more difficult to get to, and therefore expensive. If I hadn’t been working in Liberia, it would cost me nearly $2,000 to fly there. To go back and forth across oceans usually costs at least $700 just for a ticket to one city.

Considering the various factors, I finally worked out a rough estimate of about $500 per country. At 65 countries to go, I realized that my financial cost to visit 100 countries would be approximately $32,500.

After thinking it over, I decided that $32,500 was a small price to pay compared to the experiences I would gain from visiting 100 countries.

I’m not naïve about the cost. I lived in the poorest countries in the world for four years, where people often make less than $1 a day. I also understand that there are poor people in America, although not in any way comparable to Liberia or Pakistan.

But by Western standards, $32,500 is less than the average individual income of about $39,000 in the U.S. Less than one year’s income to visit 100 countries? To a person who values international travel, that seems almost too good to be true.

I then started thinking about what else $32,500 can buy. In America, a high number of people think nothing of spending that much on a car. Not me personally – the most I’ve ever spent on a car was $6,000. But a lot of people think nothing of going into debt for their Expeditions and Navigators and all the other large vehicles that inspire off-road adventures to Target.

I live in Seattle now, and don’t own a car. Sometimes the public transport here isn’t the greatest, but I don’t think about it much when I’m in Bangkok, Johannesburg, Vienna, and all the other fun places I regularly visit.

It comes down to a choice of values. In other words, what do I value? What about you? Lots of people obviously value their S.U.V. Hey, I don’t blame them – it’s a choice they’ve made.

But for me, I feel much more comfortable valuing life experiences. I value meeting people all over the world. I value stamps in my passport and real-life adventures I would have missed if I would have stayed home.

I have no car, no sub-prime mortgage, no debt, and nothing preventing me from seeing the world. I do have a plane ticket to India for March 13, where I’ll spend about 10 days taking local transport throughout the country and over to Bangladesh. I have a return ticket to Bucharest (Romania) sometime later in the summer. I have half a million Frequent Flyer miles that I can use to help me get around the world and back.

In short, I realized back on that train to the Czech Republic that I can have an S.U.V. or I can have the world. For me, it was an easy choice.

Part II of the Vision

When you set big goals, they tend to get bigger.

In September 2007 I had been living in Seattle for two months after returning from four years in Africa. It was the longest time I had spent in the U.S. since 2001, and I needed an adventure before I began a new graduate school program at the University of Washington.

I bought a Circle Pacific ticket to Asia that allowed me to visit four places for the price of one. I chose Hong Kong, Vietnam, Burma, and Singapore.

My first stop was Hong Kong, a beautiful city that I had been dreaming about visiting since I was a teenager. I walked around the city for six hours every day for three days in a row. I took the metro line as far as it would go in each direction, got off, and walked back to the city center. I absolutely loved it.

Before I went back to the airport on my last day to head for Vietnam, I took the ferry over to Macau, another Chinese colony that is still nominally independent from Beijing. On the ferry I sat thinking about my goal of visiting 100 countries. It’s really going to happen, I thought.

And then, I realized the next part of the goal—which was seemingly logical but I had never considered before:

Why not go to every country in the world?

An hour later, 12 songs on my iPod had gone by, and I had filled two pages of journaling in my Moleskine with thoughts about this challenge. I’ll be writing about the adventure on this site throughout the rest of 2008. You are invited to follow along the journey as I travel to 20+ countries in pursuit of the goal this year.