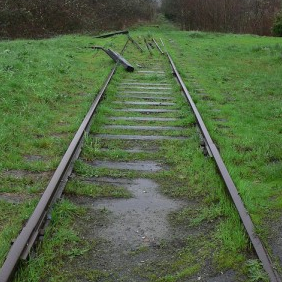 This article doesn’t have much to do with travel hacking or unconventional work. And in fact, it will only apply to a minority of the people who read it.

If you’ve always had a great life and nothing truly unfair has ever happened to you, feel free to skip this one. There’s lots of other great reading out there elsewhere.

But for the rest of you—this one goes out to everyone who has had terrible things happen to them that weren’t their fault.

I had a list of examples here that I thought fit the subject. But then I took out the list, because who am I to judge what is terrible and what is just bad? In the end, only a person who has been victimized, abused, or otherwise harmed knows the degree to which they have been hurt.

So there are no examples, but if the shoe fits, you know what to do.

Good people, bad things—what’s up with that?

It seems that bad things and good people tend to go hand in hand, and when the two meet up, we naturally want to know why. It’s not fair, we say, as if this blunt observation could change anything.

Entire books, eulogies, and sermons have been devoted to this topic, and yet most of them arrive at the same conclusion: we don’t know why.

But the fact is that all too often, the weak enjoy a show of force over the strong. It gives them a sense of power that they are unable to achieve through legitimate means.

After become sidetracked from being hurt, some people fail to recover. They end up emotionally or spiritually paralyzed, unable to get beyond the hurt they feel even after a long amount of time.

I don’t believe there’s a 12-step program to fix this problem. If something like that works for you, great. But if not, here are a few other ideas.

1. Don’t be bitter; be neutral. What happened wasn’t OK, but bitterness will end up hurting you even more.

2. Reevaluate your life. Recovery is always a good time to look at what you’re doing and determine if you are finding fulfillment through it. Did something teach you that life is short? You’re a survivor for a reason, so make it count.

3. Do the things you were told you couldn’t do. If someone said you would never amount to anything, go and prove them wrong. Don’t do it for their attention, and don’t expect them to acknowledge it later. Do it for yourself.

5. Refuse to believe that you’ll never be truly OK. Why can’t you fully recover? Maybe you can, maybe you can’t, but don’t rule it out right from the start with the belief that you’ll always be a victim.

My favorite poem is Ithaca by Constantine Cavavy. I love it because the theme is pretty much Life, Work, and Travel. That guy was ahead of his time!

You can read the whole poem if you’d like, but here’s the introduction:

When you start on your journey to Ithaca,
then pray that the road is long,
full of adventure, full of knowledge.
Do not fear the Lestrygonians
and the Cyclopes and the angry Poseidon.
You will never meet such as these on your path,
if your thoughts remain lofty, if a fine
emotion touches your body and your spirit.
You will never meet the Lestrygonians,
the Cyclopes and the fierce Poseidon,
if you do not carry them within your soul,
if your soul does not raise them up before you.

The Lestrygonians, the Cyclopes, the angry Poseidon, and those people who sidetracked your life—the way you avoid them, or at least get past them, is to refuse to carry them with you.

What you do with those people is really not that important. What’s more important is to figure out what to do with yourself; how you’ll change the world in spite of what happened.

You’ll know you’ve accomplished this when those people become irrelevant in your mind. You don’t hate them, you don’t love them—you just don’t care. Maybe you even feel a little sorry for them. In the end, you win because you’ve shown yourself to be stronger.

Often the people who have been hurt the most are the ones who go on to true greatness. They’ve seen the other side, and they’ll do anything to make something better for themselves and those around them.

The best news some of these people can hear is, “You don’t have to be afraid anymore.”

What a crazy idea! Oh, and this is good too:

“I can be changed by what happened to me, but I refuse to be reduced to it.” -Maya Angelou

That’s all I have to say about that. We’ll return to travel hacking and general world domination next week.

Thanks for reading. Feel free to chime in if you’d like.

What Would You Do if You Knew You Would Not Fail?
© 2023 The Art of Non-Conformity | Site by Bytegrow Technologies