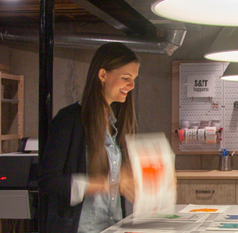 The Creative Process in a Series of Choices (Also: Giveaway Winners!)

Hey everyone! Winners from last week’s big giveaway are Michelle S., Andy C., and Tonya L. Congratulations to them, and thanks to everyone else who entered. I always enjoy reading your comments. A few of my favorites included various creative entries: This comment is designed to win. –Chris Moseir I have goldfish crackers. I happen… 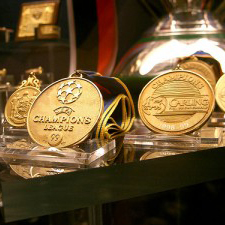 The Results Are In!

While on summer vacation in Utah, I set up an Unconventional Writing Contest with great prizes and the chance to publish here on the hub of World Domination. I’m happy to announce that the results are now in! It was a fierce competition, but by the end, it was also clear who the winners should… 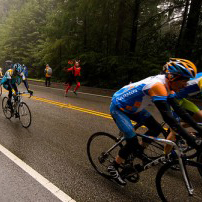 I'm aware that third place is not a real victory. Lance knows this too, and said so himself in the post-race interviews. However, when you've been out of the tour for four years, you broke your collarbone a few months ago, and you're more than a decade older than the teammate who ended up winning, I think that third place is pretty good.

Lance is still a winner in my book. He's already planning to come back next year, and I'm pretty sure he won't settle for a mere third place out of 180 riders in 2010.