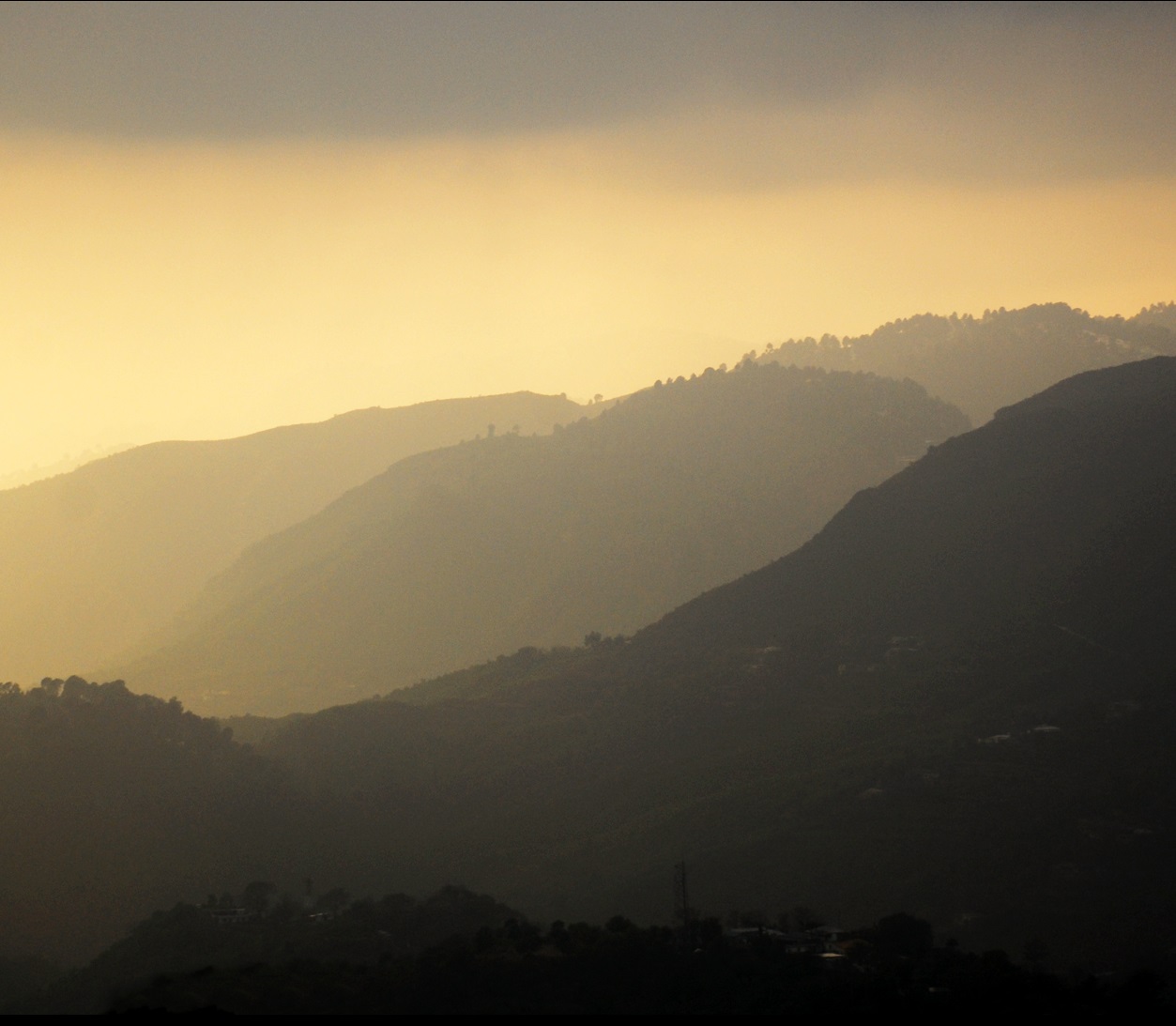 Developing Your Own Philosophy of Travel

We all travel with expectations that may or may not be met when our imagination of a place meets the reality of actually being there. Traveling in Pakistan one week and Brunei the next, for example, I found my expectations upended.

Before going to both places, I expected that Karachi (Pakistan) would be a fairly rough place. The plan was to lie low for a couple of days, visit the market and mosque, maybe talk with a few people – nothing major. I do get tired fairly often while traveling, especially when I’m going between continents and to hot climates my body isn’t used to.

I figured I would “tough it out” in Pakistan and be rewarded with a few days in Brunei, a sleepy, oil-rich sultanate. Brunei was to be my last real stop on this trip before heading back to the States via Singapore and Tokyo.

If you expect to learn that my imagination did not match up to reality, you’re right: I greatly enjoyed my time in Karachi and found it quite relaxing (in an odd way), and I struggled with my weekend stay in Brunei.

Getting to Pakistan was quite an adventure, mostly because I was unable to obtain a visa in advance, and they do not (usually) offer any visas upon arrival. That one was a real drama for a while, but after it was resolved, everything was smooth sailing. I could afford to eat whatever I wanted there, public transport was easy and cheap, I had good wi-fi access, and importantly, I felt completely safe for the whole visit.

After I went to Pakistan, I took off for Brunei, a small Islamic sultanate located on Borneo in Southeast Asia. Here’s a map, since not everyone knows where that is:

During my weekend there, I naturally went walking, and naturally spent a morning at the local coffee shop. Picking up the local newspaper, this was the main story:

Imams Urge Decent Behavior: “Social ills and negative elements like intoxicating drinks, wearing indecent clothing, smoking and so on which are against the religion and culture [and] can be shielded by a knowledge of the religion,” imams said Friday.

A few other short headlines:

(I thought some of those could probably come straight from The Onion… but this was actually a real newspaper. It gives you an accurate reflection of how sleepy Brunei is.)

The coffee shop featured a free magazine rack, but when I looked more closely, I discovered a McCall’s magazine from October 1999. Seriously, 1999 – nine years ago. I don’t always expect the latest Economist, but nine years is a long time in the life of a magazine.

Because of the country's vast oil wealth, Brunei is also pretty expensive. I quickly discovered I couldn’t afford much of anything, including food anywhere other than the coffee shop. By contrast, in Pakistan I could pay for breakfast – or any meal I wanted – in the nice hotel.

Before we go any further, I should provide the Obligatory Disclaimer: I’m not saying Brunei’s a bad place; I’m just saying that other than the entertaining newspapers, it didn’t really have anything that was appealing to me. If you live there or have visited and have a different impression, that’s great.

Your Mileage May Vary

None of my friends travel the way I do – and almost none of them travel the same way as anyone else. We all have different styles of travel, different things we enjoy, and different goals for our trips.

I’m pretty open-minded about all of this. There’s just one thing I don’t like to hear:

That one bothers me. My view is that as long as your actions don’t hurt someone else (the basic “do no harm” principle), then it is up to you to figure out what you enjoy and appreciate about travel.

If someone tells you, “You’re doing it wrong,” you don’t have to listen to them. Maybe they’re doing it wrong, or more likely, they have not yet learned that people can do things differently without being wrong.

The people at Indie Travel Podcast are all about, well, independent travel. Their audience is mostly students (U.S., Canada, and U.K. primarily) and younger, adventure travel types.

I also read First Class Flyer every month to learn about strategies for upgrades and premium flights. Matt, the publisher, has a completely different audience than your average casual traveler.

There are people on FlyerTalk who fly all over the world and never leave the airport – they just enjoy flying. I like flying too, but not that much – I do like to get out and about for a while before getting on another plane.

These are just a few ends of the spectrum -- if you think about it, you can probably think of lots of other ways to travel.

For a while, I felt guilty if I went to a new place and didn’t “experience local culture” according to the way some people think you should.

I remember when I went to Tunisia in the late spring. Thanks to a friend’s help, I was able to spend a whole weekend with a host family. One of the highlights, believe it or not, was going to the grocery store on Sunday morning with them.

Some people might feel it is more important to visit the historical sites of Tunisia (there are many) rather than hang out at the grocery store, and they usually use the culture word to make their case. I enjoyed seeing a few of the sites, but I enjoyed my time with my host family even more.

To people who wonder about this, I ask, "What do you think people who live in Tunisia do all the time?" Well, among other things, they go to the grocery store. They watch TV. They live their lives.

Your individual answers to these questions can affect what you enjoy about travel, and if you spend some time on it, you can develop your own travel philosophy that is unique to you.

A Little of Everything

As for me, I kind of like to do it all. I’ve flown in Virgin Atlantic’s amazing Upper Class cabin and stayed in countless $10-a-night hostels. Using my Starwood points, sometimes I’ve been fortunate to stay in great hotels that otherwise cost hundreds of dollars a night… and then I check out after a day or two to move across town to a cheap guesthouse. I know most people would probably stay more at one end or another, but for me, I’m comfortable with both.

When I went down to El Salvador on the first part of my trip this week, I enjoyed the ironic fact that the taxi from the airport ($25) cost more than my room at the Hotel Happy House ($23). And by the way, there wasn’t a whole lot happening at the Hotel Happy House, but it had a nice vibe. If you head that direction, it’s not a bad place to stay for a couple of days.

Oh, and earlier this week, I slept on the floor of the Dallas airport. At least I tried to sleep for a few hours in between landing close to midnight and boarding the next flight at 5:30 a.m. It was pretty much as you’d expect – not a great experience, but it’s over now. No big deal.

The point is, I like mixing it up. That’s my style.

I stay in most places longer than the average jet-setter, but shorter than the average backpacker. Over the past few months, I’ve made some adjustments in my preferred travel style to allow me to visit more countries, especially the difficult ones like Iraq, Mongolia, and Pakistan.

I think of this as more of a lifestyle design issue – the goal of visiting every country is really important to me, so I've chosen to focus on it and occasionally push myself harder than I’d otherwise prefer.

Now I’m off to the Middle East and Persian Gulf again. I’ll be in Cairo most of next week, and I just realized that Ramadan is currently being observed. I’ve been in the region several times, but never during Ramadan... so I'm excited to experience it firsthand.

But anyway, that’s me…

The point is, I am resistant to people who try to put an agenda on the way other people live their lives, including their own preferences or styles of travel.

And really, life is short, right? Rather than do it someone else’s way, isn’t it better to figure out what matters to you and then pursue that goal?

What do you think -- and how do you like to travel?