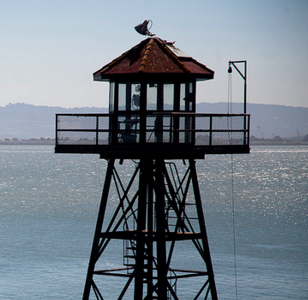 The Historian Who Couldn’t Escape from Alcatraz

In the introduction to one of the chapters of my new book, I wrote about escaping from Alcatraz. If you’re trying to get out of an unfulfilling job, it can sometimes feel just as difficult as getting out of prison. I used the Alcatraz story as a metaphor, but a reader who wants to remain anonymous passed on a story that I really liked. Here’s the story.

My uncle was a historian at the Maritime Museum in San Francisco. He gave me a tour of their private collection once, items that were too delicate for public display. In a large metal drawer, he showed me the fake human heads made of soap that the escaped inmates had used to fool the nighttime guards. Can you imagine? Collecting the tiny end slivers of soap after a shower. Getting them back to your cell. Finally saving enough to create a head. They also made a makeshift drill out of hair clippers and a screw. You get really creative when you need to escape!