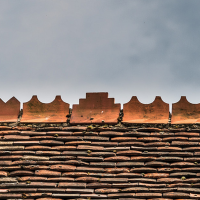 "The definition of insanity is doing the same thing over and over and expecting different results."

Whoever said it, you’ve probably heard this quotation at some point. And in one way or another, you’ve probably fallen into the trap of doing the same thing over and over, all the while expecting a different outcome.

Most of us are smart enough to realize that if we try something new and it doesn’t work, we can’t just keep trying the same way and expect different results. We might try again, but we’ll usually switch up the tactic. Even mice in a maze will learn to adapt and attempt different solutions.