Five Days in the Valley of the Kings

What can I tell you about Cairo, Egypt? To start with, there’s nothing average about it. Cairo is a city of highs and lows – high hassle, high history. High temperatures (98° every day I was there), high culture.

The hassle factor, unfortunately, can’t be easily diminished. Visiting there on a typical itinerary, you can expect to get annoyed (or even angry) several times a day with all of the people looking for business. The percentage of professional hustlers is especially high in Cairo, and they are amazingly multilingual – willing to extract your money in Arabic, English, French, German, and Spanish. There’s no way around this, and it can easily get on the nerves of any traveler.

Before I went out for my first long walk the morning after arrival, for example, one of the staff at the hostel I was in asked if I wanted help with any Arabic words. Always eager to expand my 5-words-in-every-language vocabulary, I said yes.

That’s the first thing I need to know?

Thus the lesson continued with phrases like tourist police, and now in addition to greeting people and being polite, I can proficiently tell people to get lost in Arabic. Unfortunately, it’s an appropriate skill to have in a place like Cairo.

When Does Everyone Sleep?

On the other hand (there always is one), Cairo offers a lot of good reasons to visit. It’s an easy city to travel in, there are lots of nearby places to visit, and the people who are not trying to take your money all the time are genuinely nice.

For the first few days, I stayed at a place called Wake Up! Cairo Hostel. I was initially put off by the name – I think I would have preferred a Good Night! hostel – but it turned out to be one of the better places I’ve stayed at recently. Since I was there for several nights, they sent a driver to meet me at the airport -- a kindness I appreciated, since there was no shortage of taxi drivers and “helpers” ready to descend on visitors arriving without an escort.

I checked in close to midnight after 17 hours of flying (MIA-PTY-MAD-CAI), but everyone was wide awake watching a soccer match. Three hours later, I finally went to bed… but everyone else was still awake. When I got up at 9:00, however, they were all awake. I wasn’t sure if this was the Ramadan effect or the Wake Up! hostel effect.

If you don’t know, Ramadan is the month-long religious holiday for Muslims where everyone fasts during the day. From approximately 4:00 a.m. to 6:00 p.m., Muslims all over the world don’t eat or drink anything, including water.

This leads to a fairly sleepy city during the day, a manic traffic situation in the late afternoon, and every restaurant in the city being packed at exactly 6:00 p.m. for the iftarmeal that breaks the fast.

I’ve been in the Middle East several times, but never during Ramadan, so naturally I was curious to be a part of it. Non-Muslims are not required or expected to fast during the day, and I didn’t, but it still felt weird to be the only person in a restaurant while five servers stood around doing nothing.

The Latest Commentary on the U.S. Election

I always enjoy talking to taxi drivers, who often speak some English and can be informative and entertaining at the same time. The first part of the conversation usually involves finding out where I am from and then discussing politics in the U.S. (as perceived from afar) and whatever country I’m in.

Lately, most taxi drivers have been talking about the U.S. election. In Pakistan, my driver told me that the Taxi Drivers’ Association of Karachi had endorsed Barack Obama, which of course I found highly entertaining.

Here’s how it went down this time:

"Oh, you are from America? New president coming soon, we are happy."

"Yes, early next year. You know about the election?"

I’m not sure what that means, so we move to another topic: I ask about John McCain.

“McCain, he is old man. Not beautiful.”

“Is he small?” I want to ask, but the driver is not done yet.

“Yes, very old,” he continues, but then smiles. “However, McCain is smart man. He choose beautiful woman to be president with him! Zara Pullom.”

He goes on for a long time, and we have a long time, since the drive out to Giza City is about half an hour. “Zara Pullom” is beautiful, but so is Hillary Clinton. Upon some consideration, he decides that Laura Bush is also beautiful, but Jenna and “the other girl,” as he calls her, are the most beautiful of all. Since Jenna and the other girl are 20-30 years younger than everyone else he’s named, I’m not too surprised.

We wrap up this edition of Cairo Observations on U.S. Politics by talking about Jimmy Carter, whom I’ve noticed is always very popular in Arab countries, and he concludes with the observation that Rosalyn Carter was beautiful a long time ago, but is now old like John McCain.

I wish I could bring all the taxi drivers I meet and put them on Meet the Press to debate who is the most beautiful and whose policies are the best for transportation unions around the world. I guarantee it would provide more entertainment than Saturday Night Live, and at least as much information as most real political shows.

Did I mention the Pyramids?

In between eating during Ramadan and talking with taxi drivers about beautiful U.S. politicians, I also got out and about to see the usual sites. The pyramids, I am pleased to report, are impressive. If you’re coming to Egypt, you should see them.

What else can I say? I’m not your average travel writer. I assume someone else has written about seeing the pyramids at some point in history, so all I can add is that they are as worthy of attention as advertised.

I suppose if I had paid for one of the many professional hustlers to be my guide, I would have learned all about how they were made and the significance of everything. Instead, I just stood at the base, looked up, and thought, “Wow! How did they do that?”

On the half-mile walk to the pyramids entrance, I decided to count the number of people who came along to offer their assistance. I think one or two of them might have been repeat hustlers, but I believe I met at least 11 guys who all had a similar pitch.

I said goodbye to my 11 new friends (and a few others) on the walk back to the hotel I had moved to for my final two nights, passing up the chance to buy cigarette lighters and alarm clocks in the shape of the pyramids. Alas, no one on my Christmas list will have a Sphinx magnet in their stocking.

When the week was over I headed out on Royal Jordanian, one of my favorite airlines and a solid partner in the OneWorld alliance I’ve been traveling on almost exclusively this year. Royal Jordanian has a nice new lounge in Amman and at least half of their passengers are not Ramadan-observers, so I didn’t feel strange eating lunch.

Connecting in Doha, Qatar, I flew out on Qatar Airways to Colombo, Sri Lanka – my final stop on my final overseas trip of the year.

And guess what? Sri Lanka also happened to be my 100th country. How about that?

Yes, I was pretty psyched. I’ve been thinking about visiting 100 countries for at least three years now. And now I've made it!

After clearing immigration and negotiating a ride to my guesthouse, I walked out into the night with the driver. I looked up and the sky and said… wait, hold that thought. I’ll tell you more on Friday, when I tell you more about Sri Lanka itself. It’s also a nice place, and a good country to conclude my record-setting summer and fall travel schedule.

For now, I’m in transit back to Seattle via New York, working on my projects and rewriting the book proposal for the third time. I’ve also completed the second Unconventional Guide, and all the news about that will arrive early next week. 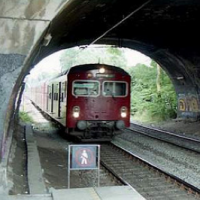 Hostelling on $99 a Day (Copenhagen, Denmark)

Before heading out to Africa via a 24-hour layover in Copenhagen, I checked all my sources for low-cost hotel options. I found absolutely nothing, so I moved on to hostel and guesthouse searching. The best deal I could find anywhere in the city was $99 a night—not what I usually consider a budget price for…