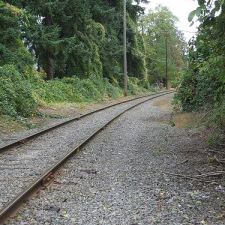 Greetings once again from the homeland, also known as Portland, Oregon.

I haven’t been running as much as I’d like lately, but this morning I made it out to the Springwater Corridor for a fun 10 miles in great summer weather. All is well with the world once again.

Each month once in a while I look back at what’s happened with AONC in the previous month two months. If you’ve missed some articles, you can catch up here.

LIFE – I wrote about Good Writing, Motivational Speakers, Enjoying the Moment, Your Choices, Transitions, Focusing on the Numbers, Free Advice, and Fear and Permission.

WORK – I wrote about Abundance vs. Scarcity, the Empire Building Kit, Strategy vs. Tactics, Starting with What You Have, and Motivation and Product Launches.

TRAVEL – I wrote about cheap travel in Equatorial Guinea, The Perfect Trip, Being Defeated by Belarus (Again), Cameroon, and The Final Fifty.

The other big news is that we announced the UNCONVENTIONAL BOOK TOUR. 63 Cities! Every state, every province. Thanks to everyone for signing up—I can’t wait to see you this fall.

POSTCARDS – are up and running. You can see a featured one on the site every Saturday, and many others over here.

I went on my first Round-the-World trip in a few months, heading first to Equatorial Guinea ($500 hotel rooms!) and Cameroon (much better) in West Africa. I then attempted to visit Belarus and Lithuania in Eastern Europe, but was denied a visa by Belarus for the second time. I’ll be back for a third—hopefully final—attempt shortly.

On the bright side, I stayed a bit longer in Lithuania and found it to be a wonderful place. Whenever I’m not caravaning elsewhere, I’ll look forward to returning. I eventually came home through Hong Kong and Singapore, two of my regular stomping grounds.

You can see photos and videos of my trips here. Drop in to take a look if you’re so inclined, and add me as a Flickr contact if you’d like.

We had a monster, 24-hour-only Empire Building Kit launch with more than 30 active affiliate partners. Then, we had a (much smaller) launch where we released the EBK into the world on a long-term basis.

As mentioned a while back, it might be a smarter business decision (at least in terms of money) to continue the launch cycle, since each major launch is much more impactful than having it available all the time. But I also tend to believe in doing the things I’m motivated to do instead of trying to motivate myself into something. The EBK launches were a lot of fun, but I’m ready to move on to something else.

With that in mind, the course is now available in the Unconventional Guides store without any 24-hour sales periods. Empire building for everyone!

I have just one more guide launching for the rest of the year, and it goes up on Wednesday. Stay tuned for the preview of the Unconventional Guide to Freelancing tomorrow morning. After this guide is launched into the world, I’ll be retiring from active business development for six months in order to focus on the book launch.

I’ve got two more big trips scheduled before taking a break in August in advance of the 63-city Unconventional Book Tour. The first takes me back to West Africa, this time to Mali, Niger, and Burkina Faso. I leave for that trip in… four days. Yikes; it’s time to start thinking about visas and packing.

The second trip is a few weeks later and takes me to my first “stans”—in this case, Turkmenistan and Kazakhstan. I’m looking forward to both trips, and also to having a few hard-to-get-to countries off the list.

Strategy, Tactics, and the Plan for the Next 97 Days
© 2023 The Art of Non-Conformity | Site by Bytegrow Technologies