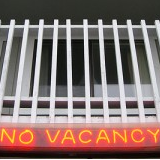 Greetings from World Domination HQ in Portland, Oregon. After visiting the South Pacific recently, I’m happy to be home for several weeks before the next trip.

This is the Sunday Store Update, where I share a quick update on the business side of AONC. Here’s this week’s important business lesson: never lie to people.

Wow! So profound, I know… but stick with me.

When you produce something that you say is limited, you have to have a good reason for the limit, and you have to follow through with what you say.

If you launch a group where you say you can only take x number of people, for example, that’s what you have to do. In choosing between honesty and pleasing any particular person, you should be honest. It’s better to say no and turn away money than to stretch the truth or find a way to let more people in.

So anyway, last Monday I launched our first community group, and the limited spaces sold out very quickly. How quickly? Try 90 minutes after I opened the registration page! Crazy.

And in fact, 40 people signed up in the first eight minutes, including Peter who got up at 4am in New Zealand so he wouldn’t miss it. Peter and the others were obviously standing by their computer, just waiting for the link to appear. The second group sold out too, and other people were still trying to register as I frantically removed the order links from UnconventionalGuides.com.

So in addition to sending out notes welcoming 300 participants (150 for each group), I spent the next day or two talking to a few people who were upset that the group closed so quickly. Why can’t I join too? they asked.

So I’m sorry that a couple of people were upset, but I don’t think it’s fair to make exceptions and expand the group when we already said we wouldn’t. I’m not sure how I’d explain that to everyone who followed the rules: “Oh sorry, guys -– I know I said it would be limited, and I know Peter got up at 4am so he wouldn’t miss it, but I decided to change my mind.”

I don’t think that would go over well, nor should it. Nope.

Anyway, if I thought I could facilitate a class with more than 150 people at a time, I would do so. If I could make a Pam Slim replica and get both Pams to work nights and weekends, I would. But since I can’t, we’ll just have to wait for the next one. This is going to be a revolutionary program, and I’m glad so many people are interested.

My apologies to everyone who missed out, but stay tuned and you may get another chance later in the year. And for everyone else who did sign up, of course, I’m thrilled to have you in the program.

Good things are on the way this week. You guys rock; thank you for caring.

Behind the Scenes at the $100 Business Forum