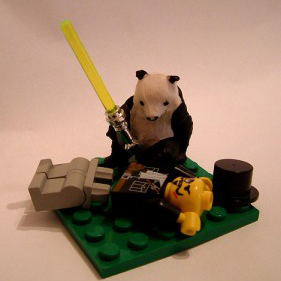 I made it back to America after the latest Round-the-World journey. People sometimes ask how jet lag affects me as I roam from continent to continent. Here’s the general rule, Twitter-style:

If you’re new here, this is the Sunday Store Update. I use this time to share some brief news about the business side of AONC.

As mentioned last week, we’re coming up on the final business launches of the year. I’ve got two big things in quick succession, then I head to retirement book launch and 63-city Unconventional Book Tour mode for the rest of 2010.

First up, the third and final launch for Empire Building Kit, my flagship product to help aspiring emperors build a business in one year by doing one thing every day. Because I’ve already launched it once to much fanfare and a second time with 30 partners, this launch is a soft one, with almost no fanfare at all.

This time it will go on sale at Wednesday, June 16th at 9am PST. Starting then, the EBK will be available over here. This one isn’t a 24-hour launch—you’ll be able to find the product in the store on an ongoing basis after Wednesday. However, I’m doing a couple of things to reward anyone who picks it up this week, including a FREE copy of a new guide that helps you apply online biz-building principles to your local city or neighborhood. (And of course, people who already own the EBK from one of the other launches will also receive this new bonus.)

Two weeks later—on June 29th, to be precise—is the launch (not as soft) of the Unconventional Guide to Freelancing, co-produced with Charlie Gilkey. This is shaping up to be a bonanza of resources, written and compiled primarily by Charlie, who is much more stable and much less ADD than me. I was pretty sure I made the right choice in partnering with him on this project, and as I’m looking through the rich materials he’s putting together, my suspicion is safely confirmed.

More on those things later. For now, thanks for reading. Wherever you are in the wide world, I hope you’re doing something amazing this week.