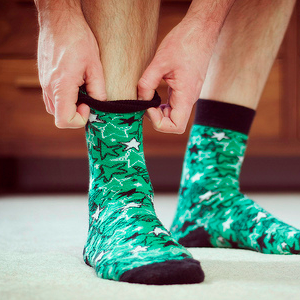 Choreographer Twyla Tharp’s Creative Habit, describes her morning routine of rising early and going through the same morning rituals; same coffee, same bun. She puts on the same leotards, goes down the same elevator to the same street corner, puts her arm up in the air and gets into the first cab that comes along.

By the time she gets to the studio she has made no significant decisions. Stepping out onto the dance floor, her dancers await. It’s eight in the morning and her first decision is yet to come. It will be a creative one.

We painters also need to save our decision-making for things of importance. “Don’t,” as they say, “sweat the small stuff.” I figure an average 11″ x 14″ uses up several hundred thousand decisions. Compound that over a day of painting and it’s in the millions. Even the small decisions in a painting, some of them so micro and seemingly insignificant, are the building blocks of what we are to become.

Fact is, some lives are so filled with impedimentary drama and ancillary decision-making that there is little time left over for work.

This reminded me of a selection from Michael Lewis’s essay on President Obama’s decision-making process:

And so, in a funny way, the president’s day actually starts the night before. When he awakens at seven, he already has a jump on things. He arrives at the gym on the third floor of the residence, above his bedroom, at 7:30. He works out until 8:30 (cardio one day, weights the next), then showers and dresses in either a blue or gray suit. “My wife makes fun of how routinized I’ve become,” he says.

You need to remove from your life the day-to-day problems that absorb most people for meaningful parts of their day. “You’ll see I wear only gray or blue suits,” he said. “I’m trying to pare down decisions. I don’t want to make decisions about what I’m eating or wearing. Because I have too many other decisions to make.” He mentioned research that shows the simple act of making decisions degrades one’s ability to make further decisions. It’s why shopping is so exhausting. “You need to focus your decision-making energy. You need to routinize yourself. You can’t be going through the day distracted by trivia.”

Most of us don’t have the responsibility of running the largest economy in the world, or even the talent and production needs of one of the world’s best-known dance studios.

Just as my job is easier than Twyla’s or the president’s, my routine is simpler too. I don’t get in a car to go to work, and I don’t wear a suit. My commute is about ten steps from the bedroom to the office. Once or twice a week I run in the mornings, but usually I save that for the late afternoon. I make my coffee and settle in, reviewing the news and a few updates on my business for twenty minutes or so.

The whole time I have something else in front of or next to me: the real task for the day. The real task is often a book manuscript that requires attention for many months at a time, or sometimes it’s a blog post, copy for a website, a newspaper column, or something else. Hopefully, before too much time goes by in the morning, I’ll have switched over to that task and made it my focus.

I think it’s good to break up your routine from time to time. But not everything should be a surprise. If you want to get something done, especially creative work that requires focus, you need to reduce the other decisions you make.

You’ll begin the day ready to pound things out, and then you can make some real decisions.

How do you begin your morning?

*Seattle or Portland area: Get tickets to the upcoming screenings of Indie Kindred, a film on creative collaboration that debuted this summer at WDS 2013.