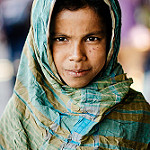 In the lobby of the Sheraton Hotel in Dhaka, Bangladesh, I’m having lunch with a couple of West African gangsters. To be precise, I’m eating a cheese sandwich while they are chain-smoking and drinking espresso.

I started off sitting at another table, but then we said hello to each other and I moved over. Because I lived in their region for so long, I always enjoy talking with West Africans whenever I meet up with them while traveling. The encounter with the guys at the Sheraton in Bangladesh, however, is a bit unusual.

Whenever they’re not traveling, one of them tells me, they live in Brazil or Columbia. They work throughout Latin America, Africa, and Asia, but never in the U.S. or Europe.

Meanwhile, one of the several mobile phones on the table (they have at least three I can see) rings every five minutes. One of them answers and speaks in French, Portuguese, or English – only a minute or two, and they never say goodbye. I add this fact to my list of curiosities and begin to feel like I’m in the opening scene of a Bond movie. I look around to see if anyone is about to parachute in to the lobby skylight with guns blazing. Unfortunately, I just see a tired barman and a few rich Bangladeshis drinking tea on the other side of the room.

After I finish my sandwich and they light up another round of cigarettes, I decide to ask the obvious question. “So, what kind of business do you guys have?”

They look at each other before one of them says something in French I don’t understand.

He switches back to English. “It’s not fit to discuss that here,” he says with a smile. “Maybe we can talk more later.”

OK, I get it. My secret agent training has taught me that this is a good sign to change the subject. I back off and we talk about other things. Getting up from the table a few minutes later, I wish them good luck with “the microenterprise work,” which earns me another smile and a “Bonne journée.”

I’m not 100% sure of what they’re doing in Dhaka, but I decide to call them drug smugglers since the alternatives I can think of are less appealing. As I walk away, I think about the strange, yet oddly fulfilling life I have. I get to fly around the world and meet up with drug smugglers in the Dhaka Sheraton. Sometimes it’s a little crazy, but I’m having a good time.

The last time I tried to get to Bangladesh, nearly a year ago, I was foiled by India. The Indian consulate in San Francisco gave me a journalist visa instead of the tourist visa I had applied for, thus preventing me from leaving and returning after I had officially arrived in the country.

After I had been in India for a while, I went to the foreign visitors’ office in Calcutta in an attempt to get my status changed, but with no luck. Lesson learned: when you put “Writer” as your profession on visa applications, make sure you write “NOT A JOURNALIST” next to it. Making that distinction has helped me avoid journalist visas, which are usually more restrictive than tourist visas, everywhere I’ve been since then.

Anyway, fast forward nearly a year and I’ve finally arrived in Bangladesh without the need to transit via India. At Zia International Airport (Dhaka) itself, the immigration desk is surprised to hear I’ve arrived in their country with no business contacts, but the reservation at the Sheraton and the U.S. passport both work in my favor. Next to me are two travelers from Brunei and Malaysia who are being denied entry. I feel bad and try to help as much as it can without jeopardizing my own landing permit, but in the end I have to leave before I find out what happens with them.

A large contingent of taxi drivers and middlemen approaches as I leave the airport. The trick in airports like this is to go outside and keep walking. The farther you get outside the door, the lower the price will be. A law of diminishing returns kicks in at some point, and learning to judge the right timing takes some practice.

This time I get it about right, as far as I can tell. I arrive at the Sheraton half an hour later, which turns out to be the huge culture clash I expected. In addition to the noted drug smugglers, various NGO types from a mix of backgrounds have set up shop here. Later on I find a notice in the room: “Please note that the Dhaka Sheraton will be leaving the Starwood group in March 2009.”

Ah-ha. So that’s why it was only 3,000 points to stay here when the new Westin hotel across town was 10,000 points. Probably because I’m cheap, I have a habit of staying in name-brand hotels right before they lose their license. I found out the Meridian I stayed at in Malta is no longer a Meridian, and in Benin we used to hang out at the Marina, another former Sheraton property that was downgraded to an independent hotel. I wonder if the Dhaka Sheraton will call itself the “ex-Sheraton” the way the hotel in Benin still proudly does. I don’t think I’ll ever found out, because while I’m always grateful to visit a new country, I don’t have much desire to return to this one.

Life in Dhaka, the Abridged Version

As I like to point out from time to time, I’m not a real travel writer. I write about the process of travel and what I experience along the way. Most of the time, I don’t claim to understand the soul of a place. I travel because it helps me understand my place in the world, and I enjoy seeing how others live.

By most accounts, Dhaka is a fairly miserable, desolate city – a description I would agree with. If you’ve been there and you think it’s the next site for Disney Asia, feel free to correct me. I’m just saying that it is as poor as almost everywhere I worked in West Africa. I really do hope it gets better.

Robert Kaplan, one of my favorite geopolitical writers, recently told the story of what’s happening in Bangladesh much better than I could. His verdict: it’s not good. Bangladesh is arguably more affected by climate change than anywhere else in the world. For a country with half the population of the United States, it is approximately the same size as Iowa. The mass of humanity combined with the strong possibility of natural disaster is foreboding.

On my first day I do make the effort to spend at least four hours walking the city, and I spend several more hours people-watching sitting in the park. After my long walks to nowhere, however, the high points from visiting Dhaka come down to things like having lunch with the drug smugglers and riding around in a tuk-tuk with a driver who keeps saying, “No problem, no problem” when I ask him to slow down. “IT IS A PROBLEM,” I start to say before I realize how fruitless it would be. Well, at least I made it here.

Sitting in the park on another afternoon before going back home, I reflect back on the trip. Overall, it’s been great. I wish I had spent more time in Laos and less time here in Bangladesh. I’m glad I met up with some fun people in Thailand and Cambodia, and a few missed connections (Zoë, Michael, Matt) provide incentive to come back later.

I visited three new countries – Cambodia, Laos, and Bangladesh. On the Indian subcontinent I now have only Nepal, Bhutan, and the Maldives remaining for my goal. None of those places are especially easy to get to, but I have a tentative plan to visit the first two before the end of 2009.

I was able to write almost every day of the trip (I give myself a daily word quota no matter where I am), although I made little progress towards business development. The ass-kicking on that will resume very soon, with the launch of my first product in several months coming up on MONDAY. Watch this space!

Even though I’m running out of new countries in this part of the world, I think I’d like to plan a trip like this every year. Compared with a lot of other places I go, the travel challenges are minimal. If you are new to traveling and looking for a soft adventure, countries like Thailand, Laos, and Cambodia are great. As for Bangladesh, well, you’re on your own there.

My journey home is as drawn-out as usual. I take a red-eye flight back to Singapore. That flight arrives at 4:10 a.m., and then I transfer to a budget airline to go on to Hong Kong at 6:40 a.m. I have 24 hours in Hong Kong, my normal Asian transit city, and I’m grateful for the chance to crash at the Hong Kong YWCA since I rarely sleep on planes.

Going home from Hong Kong, I retrace the original route: HKG to NRT (Tokyo), NRT to LAX, and LAX back up to Sea-Tac on Alaska Airlines. And then I’m home, no worse for wear aside from the obligatory jet-lag recovery.

“Lucky to have been where I have been, lucky to be coming home again.”

That’s pretty much how I feel.

This is the final trip report from my January trip to South Asia. The others are here:

How to Join “The Amazing Race” for Regular People