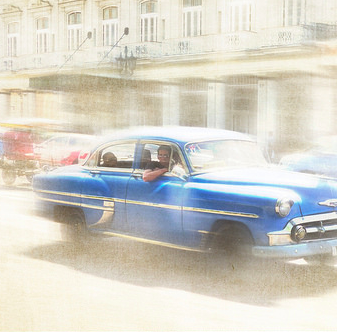 Like many of you, I was excited to hear the big news that the U.S. embargo against Cuba is ending. Wow! There’s probably a good life lesson in this news: if your government has tried something for more than 50 years and it hasn’t worked, maybe it’s time to try something else.

As part of this huge change, sooner or later it will be much more common for Americans to travel to Cuba with few or no restrictions. But you don’t need to wait until the floodgates open. You can go there now, just as I did a few years ago. This post tells you how.

For the past 54 years, the U.S. has had a long-standing embargo on all things Cuba. Unlike other embargoes around the world, this one explicitly prohibits U.S. citizens from visiting, or at least from spending money there. You can get there and get back safely (and likely without any hassle), but you’ll need to be somewhat subversive.

There are a number of direct flights from the U.S. (and more being added every year), but if visiting “illegally,” you’ll have to transit through a third country like Canada or Mexico. I went via Cancun, which has a direct flight to Havana six days a week on Cubana Airlines.

To facilitate the ticket purchase, you have to use an agency, since Cubana Airlines won’t accept U.S. credit cards. After conducting a ton of research (three whole searches on Google) I chose Cuba Travel Network, which does a brisk business on Americans traveling to Cuba, offering flight bookings, hotel reservations, and tours.

I didn’t find them to be the most responsive people to deal with (email messages were sometimes ignored), but in the end, they came through with what I needed. The flight was charged in euros, so be sure to use a credit card with no foreign transaction fees.

Aside from a long wait in the queue to meet the very diligent immigration police, you have nothing to worry about on the Cuban side of immigration. Your visa will be issued and stamped on an individual piece of paper, unlike the normal practice of issuing and stamping directly in the passport. This ensures you won’t have a record of visiting Cuba in your passport, which could get you in trouble on the other side.

Your only challenge is coming back to the U.S., since you aren’t supposed to be in Cuba. If going through Mexico (or elsewhere) both ways, you’ll want to watch out for your entry stamps. You’ll have two of them now—one from arriving in the transit country from the U.S., and then another from your return from Cuba—and if someone is being diligent on the U.S. side, they’ll realize you went somewhere else… but where could that possibly be? Oh right: that small island that you’re not supposed to visit.

Therefore, you can ask to not receive a second stamp during your second transit, thus obviating the need for a story. If this request is declined, ask to have it stamped on a page far from your previous stamp.

When I was on the quest to visit every country, I usually re-entered the U.S. from abroad at least twenty times a year. More than half of the time, the border control agent asked me nothing. He or she would check my photo, scan the passport, then hand it back, often without a stamp (which I’m happy about, since I have plenty of stamps and like to conserve passport space). Other times I received the stamp but no commentary. Sometimes, they’d ask where I’ve been and what I’d been doing, but it was usually a short conversation.

In the unlikely event you’re questioned after returning from Mexico (or another transit location), you face the ethical dilemma of deciding whether to lie about your trip. Whatever you decide, be consistent, but the best advice is probably to tell the truth. In my non-lawyerly opinion, lying to an immigration officer is a far worse offense than admitting you went to an awesome place that relatively few of your fellow Americans get to visit.

Oh, and you can also apply for a license to visit Cuba, which avoids this whole process and need for deception. Acceptance rates are unpredictable, and when I went to Cuba in 2011, I took the fast-track strategy through Cancun after hearing from several readers who had much better reasons for visiting “legally” but were declined.

Like them, I went anyway and had a fantastic trip. Don’t let the embargo—soon to be ending—hold you back from visiting a beautiful island with fascinating people.