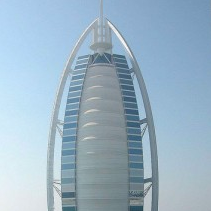 In my trips around the world, I’ve been to a lot of conventional places and a lot of off-the-grid places. Among other things, these experiences have led me discover that some of the best destinations for travelers are not always “undiscovered.”

I’ll tell you about 9 of those here, but…

Niagara Falls. Niagara is nice to see once, but you don’t need to stay long. Whether you’re on the Canadian or American side, it’s overrun with kitsch. Yes, it’s a big waterfall. Wow. How much longer until we go home?

The Alternative: If you really want to see the world’s best waterfalls and you can go anywhere, then head to Zambia and check out the great Victoria Falls. I was there in 2006 and can confirm that it is indeed one seriously big waterfall. Afterwards, head over to the Victoria Falls Hotel on the Zimbabwean side and pay $1,000,000 for a Diet Coke.

If you can’t easily hop off to Southern Africa, then just go somewhere else in Ontario or Quebec. There’s lots to see in that part of Canada that is definitely worth checking out.

You get the idea. Technically speaking, the Grand Canyon is impressive, but there’s so much hype about it that it’s hard to live up to your expectations upon arrival.

The Alternative: Sedona, Tucson, Santa Fe (New Mexico), or elsewhere in the area. The American Southwest can be a fun place. I liked hanging out in Sedona, where we stayed before driving to the Not-Bad Canyon. It does get pretty hot there, but it is the desert, after all.

The Bahamas. Just a few miles off the coast of Florida, the Bahamas are a sovereign country with a primary industry of tourism. It’s not a bad stop on a cruise (usually just before returning to the U.S.), but if I wanted to go to the so-called “real” Caribbean, I’d look elsewhere.

The Alternative: There are plenty of other nice islands in the Caribbean not yet overrun with visitors. St Kitts & Nevis is nice, for example, as is Dominica. Also, Barbados has a lot of visitors, but they do a better job with planning the overall development and culture of the island.

Paris, London, and Rome in the summer. These are all great cities, but not in the summer. Most Parisians leave their city in August, and they have the right idea.

The Alternative: For anyone traveling with U.S. or Canadian dollars, these aren’t great places to go at any time of the year, but for everyone else, going in the winter can be nice. And even if you do pay in dollars, lodging will usually be cheaper in the late fall or winter.

Las Vegas. What can I say about Vegas? It’s pretty much everything you’d expect, so if you like that kind of thing, you won’t be disappointed.

The Alternative: The best alternative is to keep your money and go anywhere else, but if you really want to gamble, head to an American Indian casino so that the money you lose will at least go into tribal education funds.

Dublin, Ireland. Dublin is now #3 on the world’s most expensive city list. There is definitely a fair amount of culture there (check out the library at Trinity College, for example), but the best of Ireland is found elsewhere.

The Alternative: Dublin isn’t a bad jumping off point – so head there first, then quickly go out to the other cities and smaller towns of Ireland. Chances are you’ll discover that they are more fun for visitors who want to experience the Ireland they’ve always imagined.

The Pyramids, or almost anywhere in Egypt. I just went to Egypt and the Pyramids, and I actually enjoyed the trip more than I expected. However, if you can only go to the Middle East once, Egypt would not be at the top on my list of recommendations.

The Alternative: Egypt’s neighbor, Jordan, is a better place to visit overall. You won’t be hassled nearly as much (some people will even give you rides for free or otherwise extend hospitality without taking anything in return), and the ancient city of Petra is simply amazing. If you’re interested in visiting Israel or Lebanon, you can get there easily from Amman, and overall you’ll likely be much happier in Jordan anyway.

Singapore. Personally, I like Singapore just fine, except for the glass doors at Starbucks. Watch out for those! But on the negative side, Singapore is somewhat of a manufactured city and a bit uptight for many travelers. As such, it has become the Asian city most travel writers love to hate.

The Alternative: Just half an hour away by bus, Malaysia offers a better presentation of Asian diversity. The cities are edgier (not necessarily a bad thing, when compared to an overly-sterile environment), and nearly everything is cheaper. You can also head down to Bantam Island (Indonesia) by ferry, although I found the experience a bit strange when I was there two years ago.

The Most Overrated Destination on the Planet

All of those destinations are somewhat overrated – which doesn’t mean you shouldn’t go there. You should do exactly what you want; just try to keep your expectations in check. There’s one place over all the others, however, that wins the prize for being the most over-hyped city anywhere on the planet:

Dubai, UAE. I enjoyed driving around the Emirates a couple years ago (there are seven of them – Abu Dhabi, Ajman, Dubai, Fujairah, Ras Al Khaimah, Sharjah, and Umm Al Qwain – naturally, I went to each one), but my time in Dubai was surreal.

This is not actually that unusual, because most travelers end up thinking that Dubai is odd when they get there. The majority of the people you’ll interact with in Dubai are immigrant workers (English surpassed Arabic as the common language a while back), and seemingly permanent construction cranes fill the city. Yes, you can get anything you want in Dubai, but since sheiks and Russian billionaires use Dubai as a playground, it won’t be cheap. As for entertainment, there are shopping malls, shopping centers, shopping areas with fake ski resorts, and hotels with shopping malls enclosed within.

The Alternative: Oman, a nearby Persian Gulf country, is much more fun and a thousand times more authentic. Qatar is also OK, but seems to be on track to become another Dubai as soon as they can build a ski lodge and fake islands with huge hotels.

And Now, Your Turn

I need your help with this one. What other places are overrated, and what’s a better alternative? In other words, what did I miss?

Also, whenever people talk about their favorite places, someone usually disagrees – and that’s fine. Would you change anything in the above recommendations? Let me know.

How to Join “The Amazing Race” for Regular People